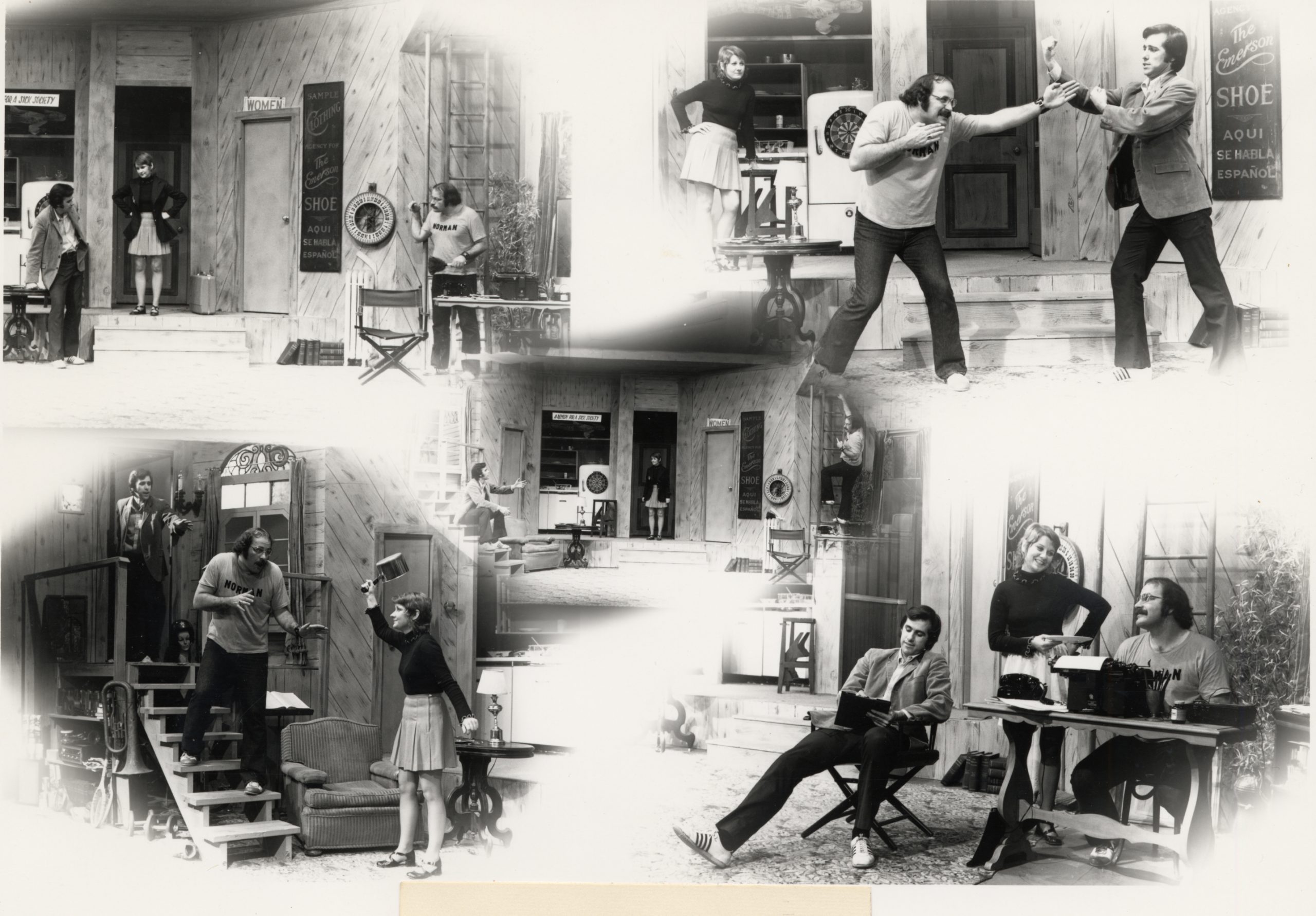 “The Star Spangled Girl” tells the story of a love triangle mixed with politics. Andy Hobart and Norman Cornell live in a San Francisco apartment in the 1960’s. The boys are radicals who are barely make a living working on their underground magazine Fallout. The magazine is dedicated to fighting “the system” in America. Sophie Rauschmeyer, a former Olympic swimmer, is an All-American Southern girl who moves into the apartment next door. It is love at first sight (or as play has it, first smell) for Norman, but his feelings are not being reciprocated. Norman’s obsession with Sophie ultimately forces Andy to hire her just to keep the magazine going. Then Sophie falls for Andy, though they are at odds politically, threatening to destroy the magazine and the men’s friendship.

The program for “The Star Spangled Girl” was expanded with cast photos for the three actors and an article giving a brief history of theater in Central Illinois. The President’s letter spoke to the fact that the season’s first offering had come and gone, but unfortunately the show, a musical, had not sold out. It had been announced at a board meeting that before the opening of “Kiss Me Kate,” that 1,060 season tickets had been sold. It was happily announced before the start of “The Star Spangled Girl'” that 1,775 season tickets now had been sold. This number, however, was still below the desired goal of 2,000 season ticket holders. Trustee President Dick Anderson announced that he had met with the city officials about the new shell of a building that Players wanted to construct. The city set down several conditions for approval. It was hoped that the construction of the shell could begin in the spring.