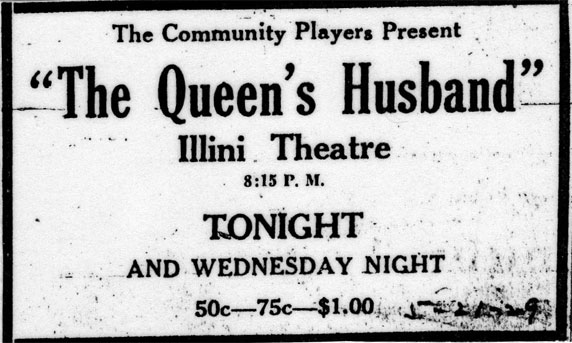 In a kingdom on an island in the North Sea, King Eric VIII is dominated by Martha, his queen, a humorless woman who believes in doing her royal duty above all else. Her daughter, Princess Anne, however loves a commoner Freddie Granton, the king’s secretary, and refuses to marry her mother’s choice, the foppish Prince William. After the queen leaves for a promotional tour of America, a long-fermenting revolution erupts on the night of Anne’s birthday ball, and the palace is bombed. The king agrees to meet with the revolution’s leader, Dr. Fellman and after hearing his cause, promises him that if the revolutionaries lay down their arms, he will oust General Northrup, the powerful dictatorial premier. After some manipulation and collaboration, the king rids the country of Northrup, while insuring better living conditions for his subjects. With the uprising squelched and the queen back from America, Anne’s wedding to Prince William proceeds as planned, though under protest from the princess. Minutes before the ceremony, however the rejuvenated king, in final defiance of his wife, secretly marries Anne and Freddie himself and arranges for their passages to common freedom.

“The Queen’s Husband” was also given a two night run, following the precedence set by the previous production of “The Haunted House.” This show also had the same director, Frank Vernor.