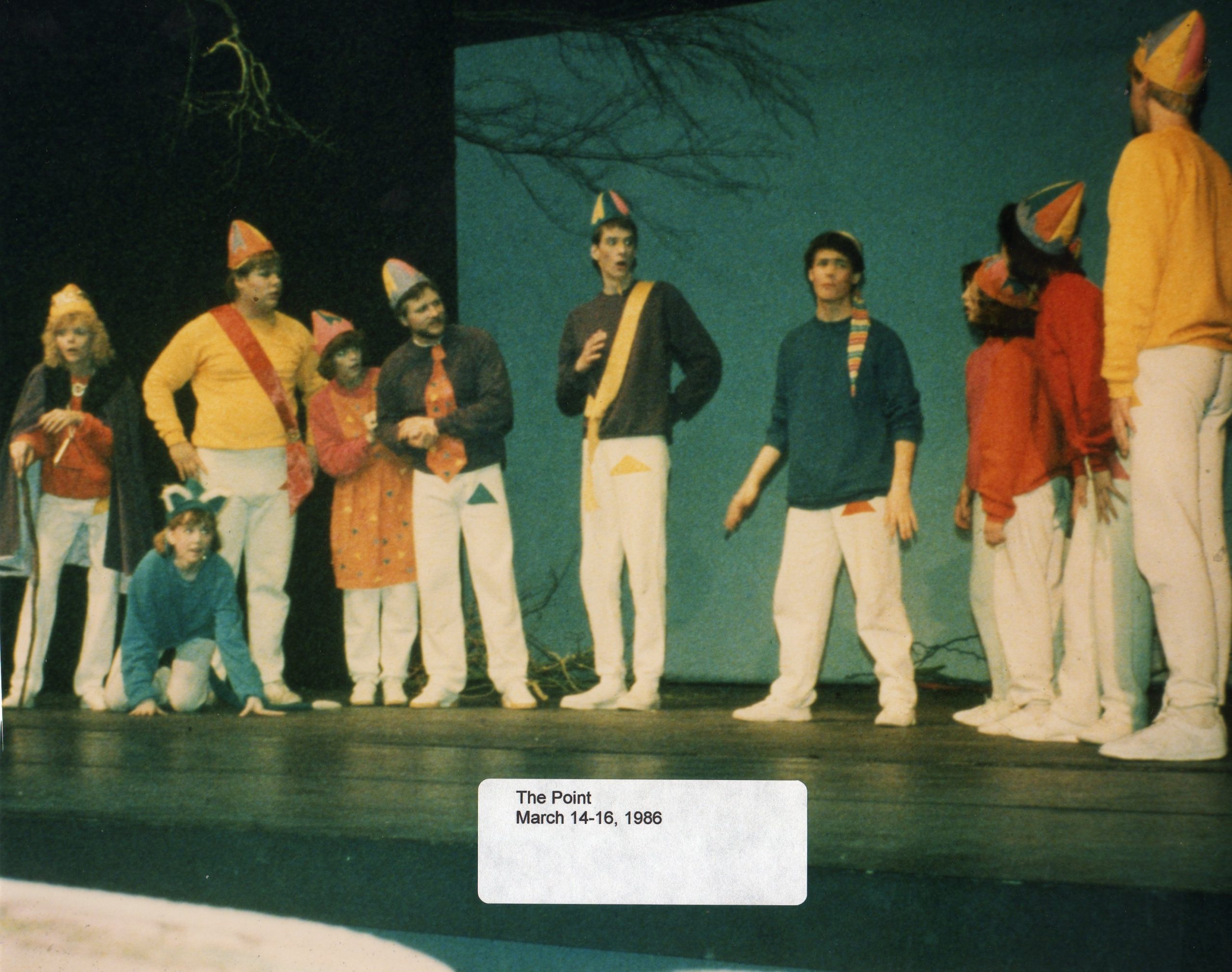 A Theatre For Young People Production

“The Point!” is a fable and the sixth album by American songwriter/ musician Harry Nilsson about a boy named Oblio, the only round-headed person in the Pointed Village, where by law everyone and everything had to have a point. The round-headed Oblio has had to wear a pointed hat since birth to conceal his “pointless” condition from his pointy-headed peers. Olio is, however, accepted in the town despite his nonconformity until one day when the son of an evil count is unwittingly dishonored by Oblio. The count’s son challenges Oblio to a one-on-one game of Triangle Toss where participants catch triangles on their heads. Oblio wins with the help of his dog Arrow. In a fit of rage the count, who wants his son to rule the land one day, confronts the good-hearted but timid king to reaffirm the law of the land, which states that those who are pointless must be banished from the kingdom and into the Pointless Forest. A jury reluctantly convicts both Oblio and Arrow leaving the king no choice but to send the pair away. Oblio and Arrow are sent to the Pointless Forest, but soon discover that even the Pointless Forest has a point. They meet curious creatures like giant bees, a “pointed man” pointing in all directions who proclaims “A point in every direction is the same as no point at all,” a man made of rock, three dancing fat sisters, and a man made out of leaves who helps Oblio see that everyone has a point, though it might not be readily displayed.

“The Point” was the third annual “Theatre For Young People” production for the Community Players. The show had an activity booklet for the younger members of the audience to help occupy them during the show. The show was successful and made a profit.