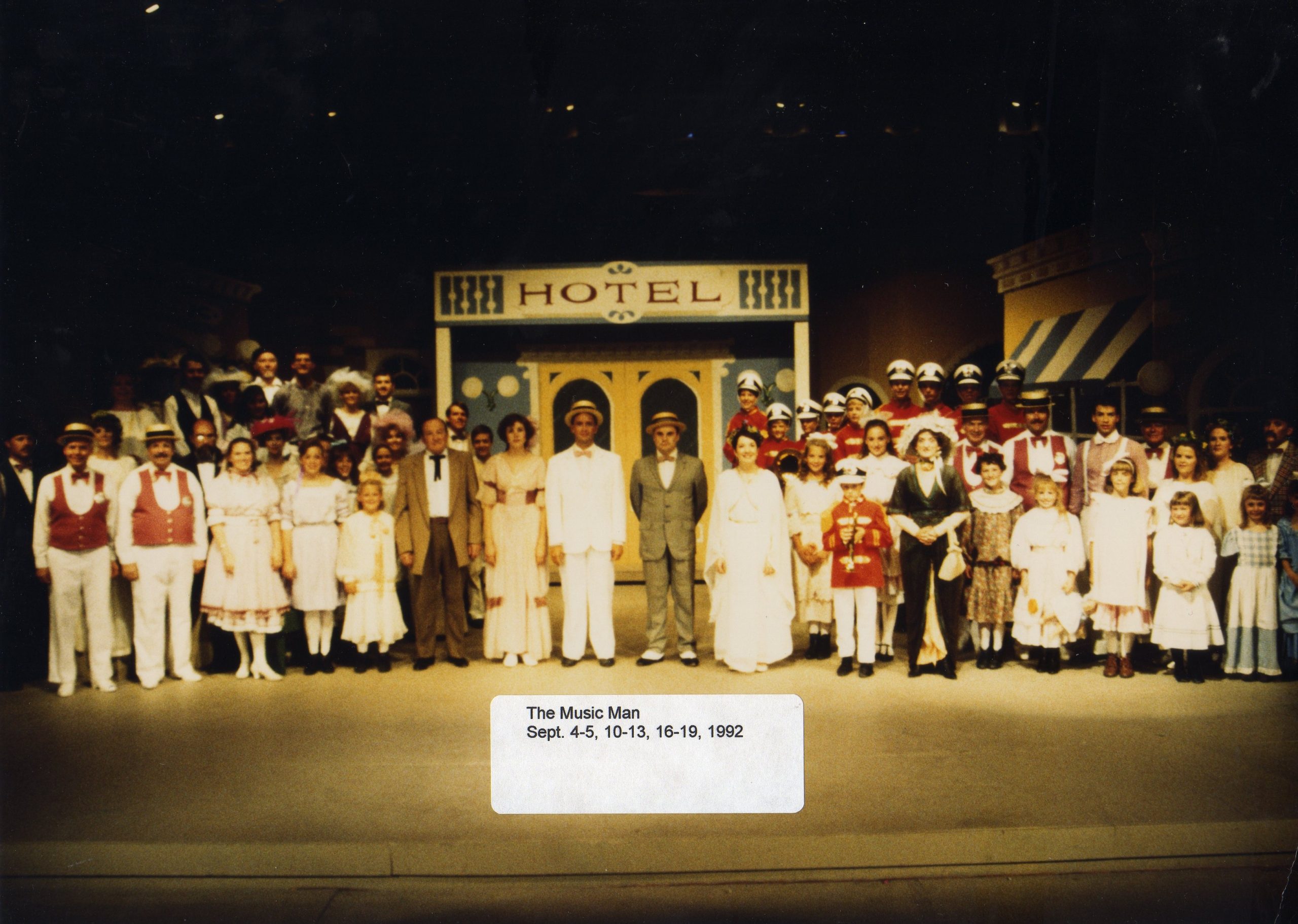 “The Music Man” follows fast-talking traveling salesman Harold Hill as he cons the people of River City, Iowa into buying instruments and uniforms for a boys’ band he vows to organize – this despite the fact he doesn’t know a trombone from a treble clef. His plans to skip town with the cash are foiled when he falls for Marian the librarian, who transforms him into a respectable citizen by curtain’s fall.

The Community Players received another McLean County Arts Center grant for a promotional brochure for the 1992-1993 season entitled: “A Jewel Of A Season.” The Players opened the season with “The Music Man.” The show had a cast of 64 actors, singers, and dancers; including newcomer Kerry Myers. The show was well-received by the reviewers and the audiences. It was a successful opening production for the 70th season. Board of Governors President Marcia Weiss reminded everyone that “The Music Man” was a tribute to joy experienced by the amateur artist and a tribute to the countless number of people who over the last 70 years had built a set, sang in chorus, or directed a cast of 60 good and generous people.