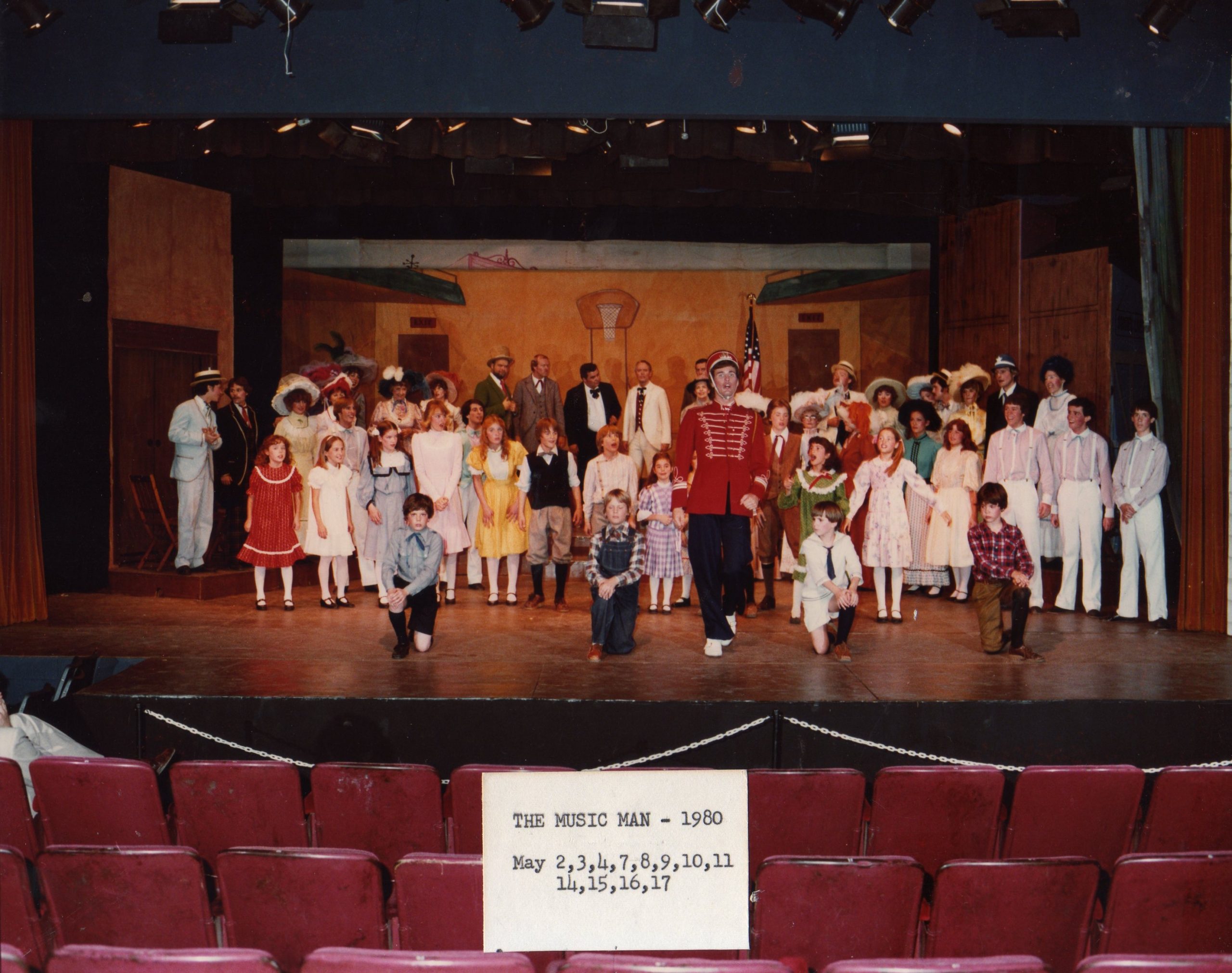 “The Music Man” follows fast-talking traveling salesman Harold Hill as he cons the people of River City, Iowa into buying instruments and uniforms for a boys’ band he vows to organize – this despite the fact he doesn’t know a trombone from a treble clef. His plans to skip town with the cash are foiled when he falls for Marian the librarian, who transforms him into a respectable citizen by curtain’s fall.

The season finale “The Music Man” featured Chuck Morrill as the musical director, Neil Cobb as stage director, and Phil Shaw was the vocal director. The overwhelming demand for tickets required the Players to add two additional performances during the run. “The Music Man” and its cast was well-received and praised by both audiences and the reviewer.

Voting took place during this production for the awards banquet to be given in June. At this second banquet, Mr. and Mrs. C.E. Mulliken were presented with “Friends of Players” award for their many years of devotion and service to the Community Players. Entertainment was provided by 21 Players who sang numbers from all of the musicals of the 1970’s. Carolyn Beyer was elected the president for the next two seasons, and the 1980-1981 season was announced. For the 1980-1981 season, there would be two musicals, two comedies, and a drama.