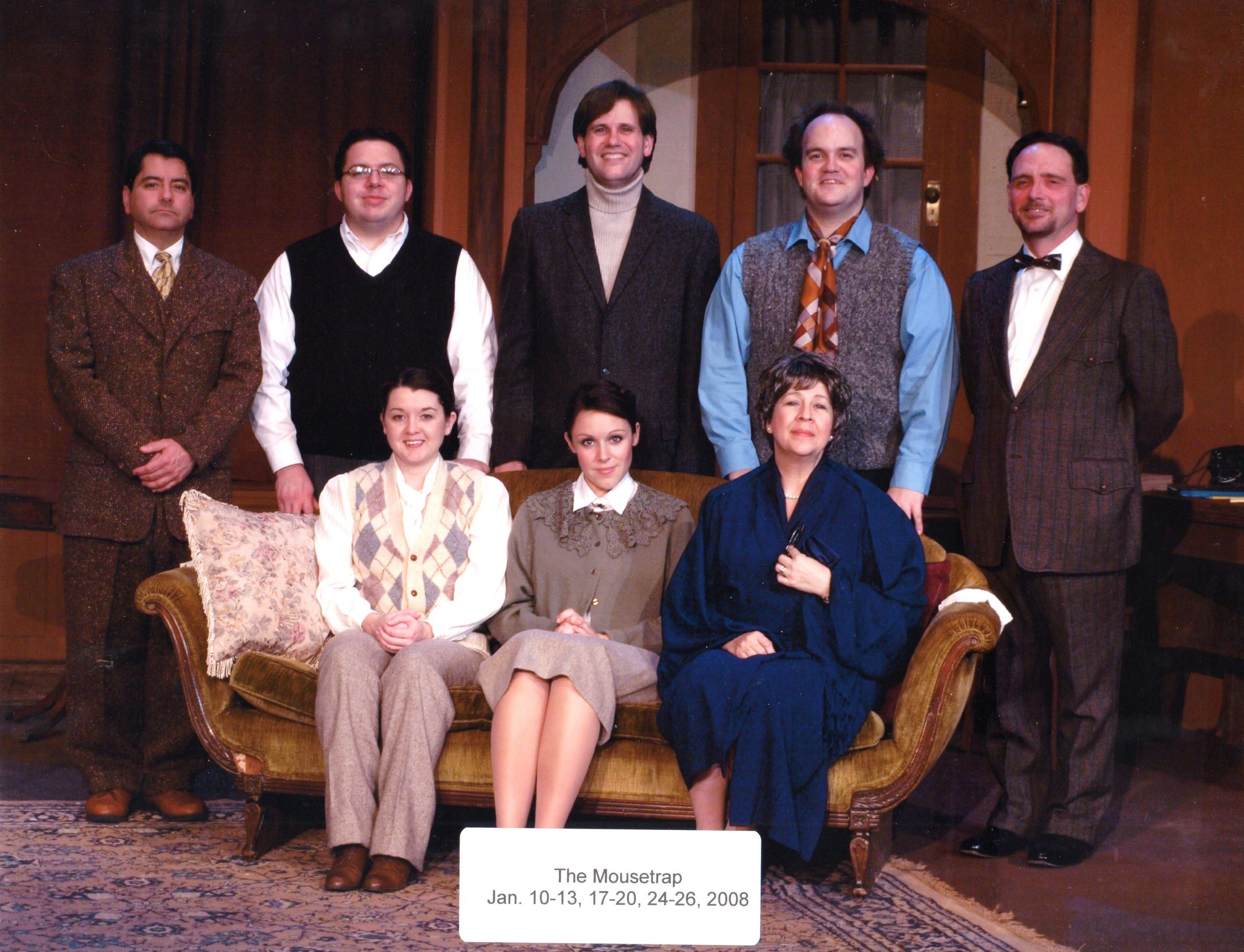 “The Mousetrap” tells the story of a group of strangers who are stranded in a boarding house during a snow storm, one of whom is a murderer. The suspects include the newly married couple who run the house, and the suspicions in their minds nearly wreck their perfect marriage. Others are a spinster with a curious background, an architect who seems better equipped to be a chef, a retired Army major, a strange little man who claims his car has overturned in a drift, and a jurist who makes life miserable for everyone. Into their midst comes a policeman, traveling on skis. He no sooner arrives, when the jurist is killed. Two down, and one to go. To get to the rationale of the murderer’s pattern, the policeman probes the background of everyone present, and rattles a lot of skeletons.

Agatha Christie’s classic mystery “The Mousetrap” was a revival for Community Players. This 2008 production paid due tribute to both the legendary author and her historic stage drama that was still running in London as of this writing. The show was a successful presentation, enjoyed by both the reviewer and the audiences. The original run of “The Mousetrap” for the Players was as the closing show of the 1974-1975 Season.

The voice on the radio