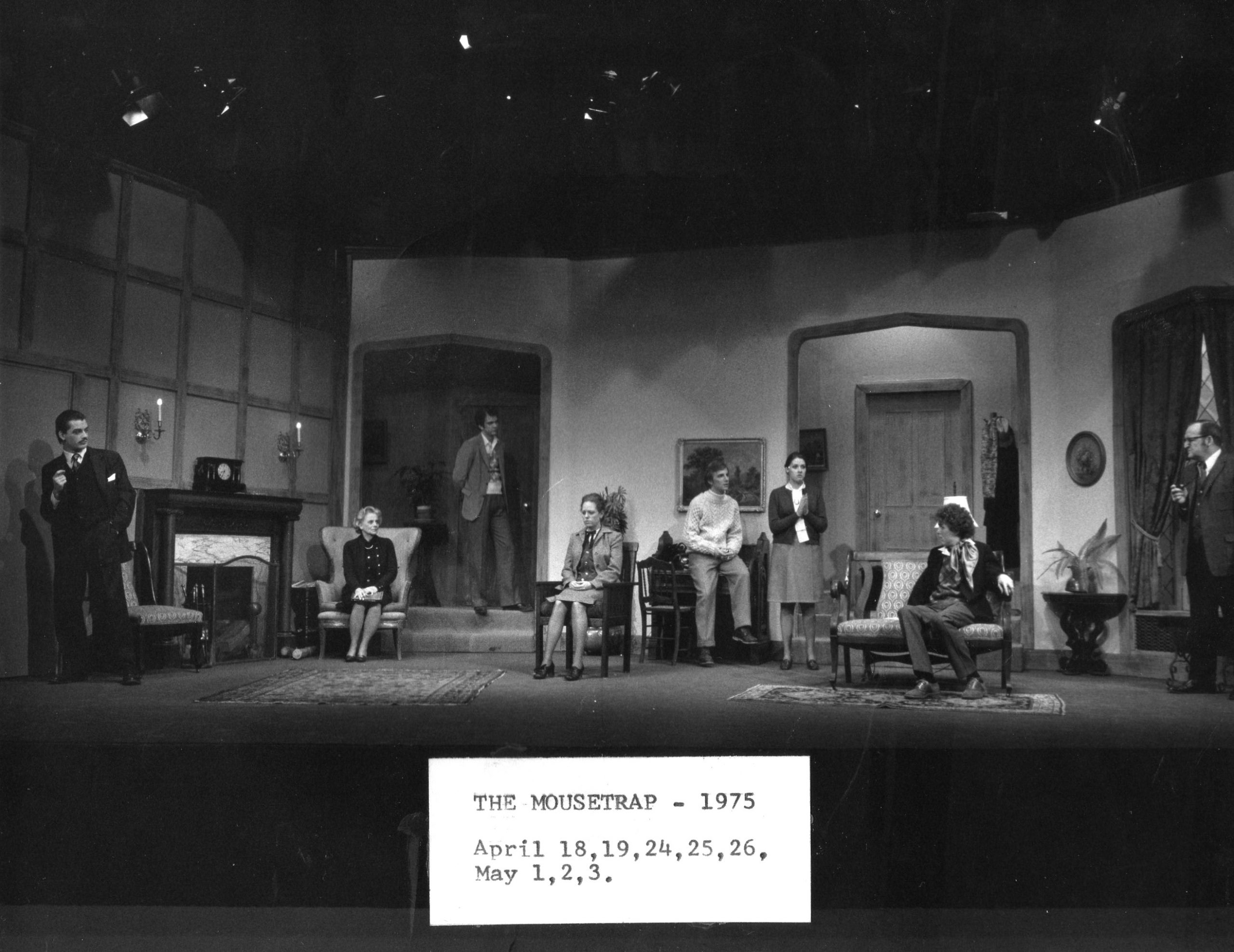 In “The Mousetrap,” a group of strangers is stranded in a boarding house during a snow storm, one of whom is a murderer. The suspects included the newly married couple who run the house, and the suspicions in their minds nearly wreck their marriage. Others are a spinster with a curious background, an architect who seems better equipped to be a chef, a retired Army Major, a strange little man who claims his car has overturned in a snowdrift, and a jurist who makes life miserable for everyone. In their midst comes a policeman, traveling on skis. He no sooner arrives, when the jurist is killed. To get to the rationale of the murder’s pattern, the policeman probes the background of everyone present, and rattles a lot of skeletons.

Agatha Christie’s long running play “The Mousetrap” closed out Players’ season. It was considered a great ending to a very successful season of shows. Players had many new faces not only for this show, but the entire season presented many first-timers for the patrons. Impressed by the stellar performances in “The Mousetrap,” the reviewer spoke of the diversified array of productions and the performances presented this season. He wished the Players success in their future shows.

The treasurer for the Players recommended at the end of the season that serious thought be given to raising the cost of both the single admission tickets and the season tickets. After having not raised the prices in a number of seasons, the treasurer felt that Players would be justified in doing this because of the increased costs now associated with the new addition. Reasons given were the increased heating, lighting, property taxes and insurance.