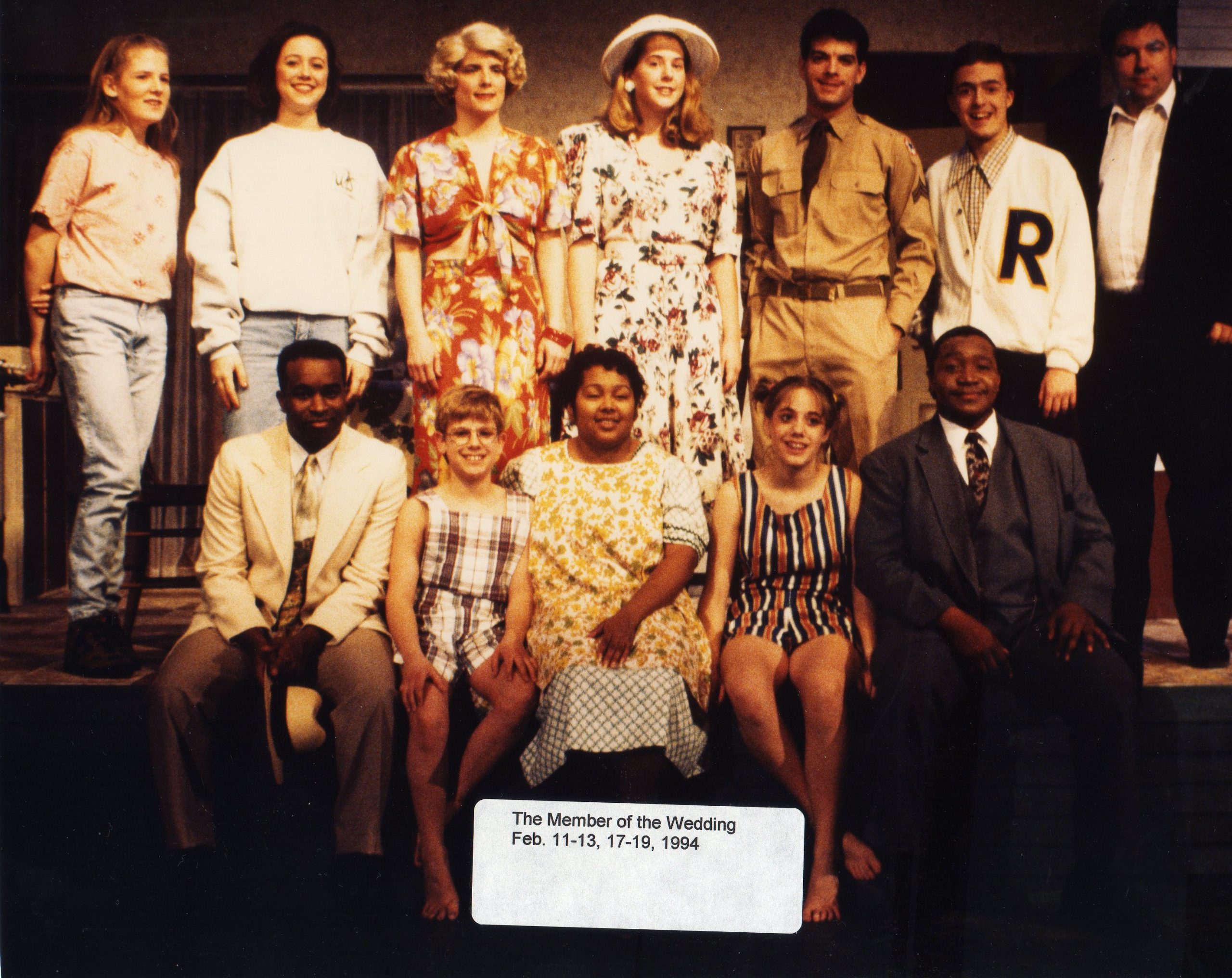 The Member of the Wedding

With compassion, veracity and wit, Carson McCullers in “The Member of the Wedding” depicts the intrinsically enmeshed lives of whites and blacks in the American South. Julie Harris became a star playing the awkward, twelve-year-old tomboy Frankie Adams, who falls deeply in love with her older brother and his fiance. Exhilarated by her naive conviction that being a member of their wedding means she will become what she calls the “we of me,” Frankie is devastated when she learns she is not invited on the honeymoon. Bernice Sadie Brown, who has experienced a lifetime of love and loss, is a surrogate mother for Frankie. Portrayed on stage and in the film versions by the great Ethel Waters, Bernice is an epic character, fiercely loyal, down-to-earth, and centered by deep faith.

arson McCuller’s coming-of-age drama, “The Member of the Wedding” was next up for the Players. Director, Larry Connolly returned to the director’s chair after a four year hiatus. This production would be Larry’s last directing assignment for the Players. He was assisted by his wife, Margaret. Elaine Hill, played the challenging role of Berenice and was highly praised for her acting and pacing. Elaine had been in several past Players’ productions. Also praised for their acting were Dave Schick, Ali Harms, and Andrew Hesse.