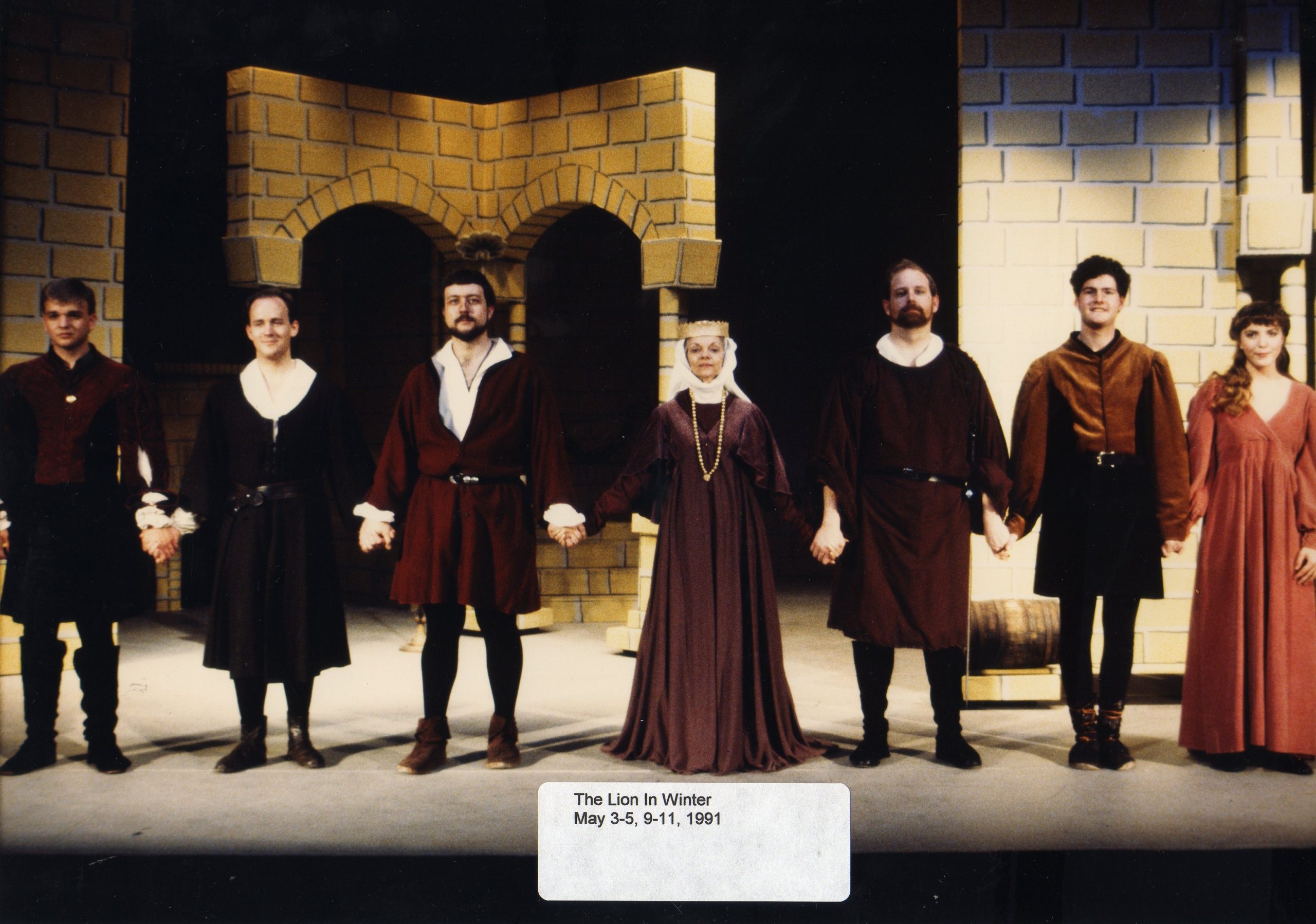 The Lion in Winter

Offering sibling rivalry, adultery, and dungeons, “Lion in Winter” by James Goldman is a modern day classic. Comedic in tone, dramatic in action – the play tells the story of the Plantagenet family who are locked in a free for all of competing ambitions to inherit a kingdom. The queen, and wealthiest woman in the world, Eleanor of Aquitaine, has been kept in prison since raising an army against her husband, King Henry II. Let out only for holidays, the play centers around the inner conflicts of the royal family as they fight over both a kingdom, as well as King Henry’s paramour during the Christmas of 1183. As Eleanor says, “every family has its ups and downs,” and this royal family is no exception.

The closing show of the season was the comedy-drama “A Lion In Winter.” The show featured first-timer Keith Guion as Henry II. The show was well-received and reviewed in both The Pantagraph and the McLean County Community News. For the upcoming 69th season, if the patron purchased season tickets during the run of “The Lion In Winter,” they would save $5.00 on the Six Star package. A membership representative was in the lobby during the run of the show. The 68th season was one of the more financially successful seasons in recent years.