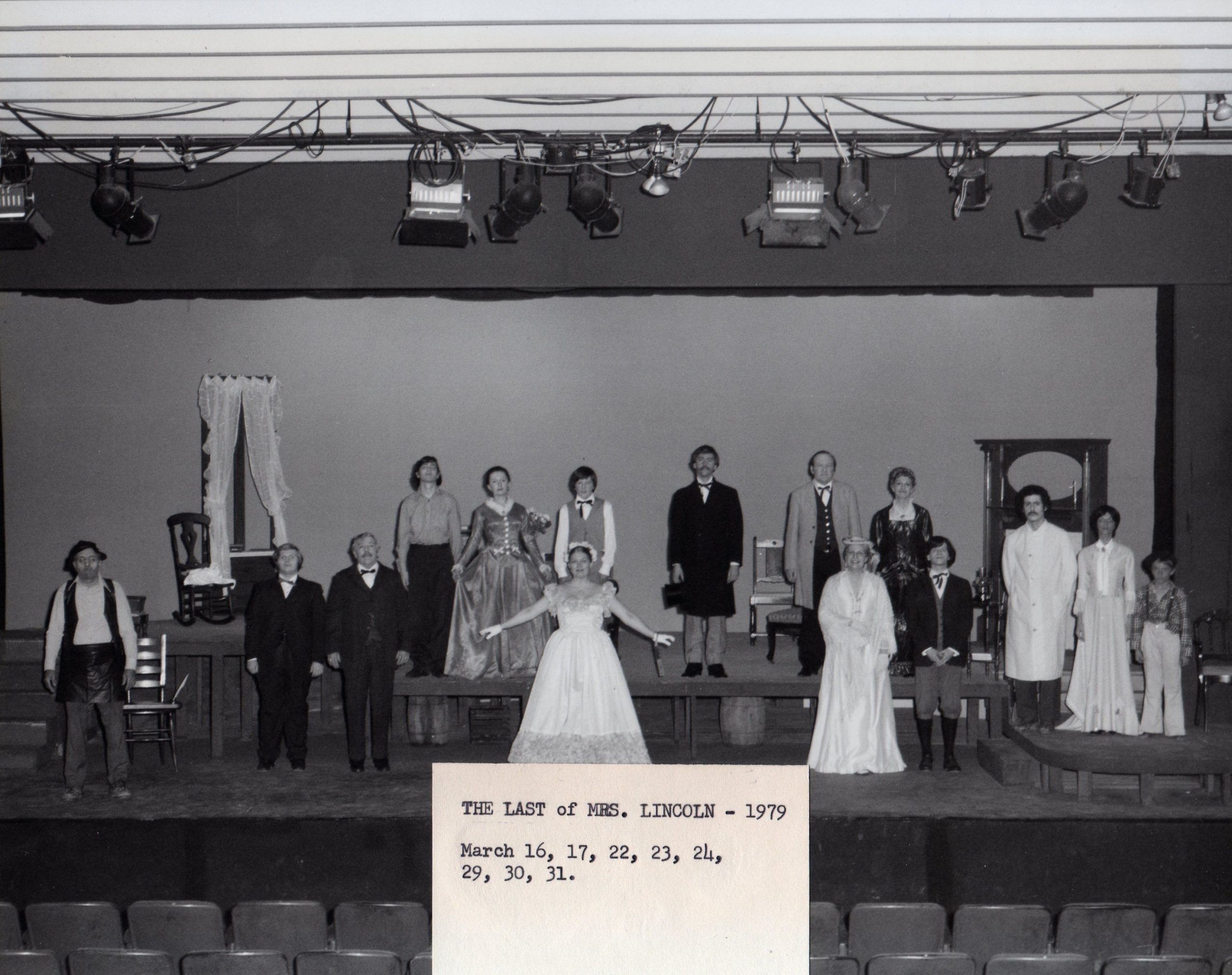 The Last of Mrs. Lincoln

Impulsive, imperious, and foolish in money matters, Mary Todd Lincoln was beset by a series of unhappy events in the years following her husband’s tragic assassination. Disturbed by still persistent rumors that she, as a Southerner, had hampered the Union cause, frustrated in her attempts to obtain a pension from Congress, and deeply grieved by the untimely death of her beloved son Tad, she was for a brief time committed to a mental institution by her sole surviving son, Robert. But as the play so eloquently makes clear, Mary Lincoln was also a woman of great courage and compassion, who grew in stature as she came to accept the vicissitudes of her life—and her ultimate reconciliation with her remaining son is a moment of deep emotion and human understanding.

“The Last of Mrs. Lincoln” was the first straight drama to be performed by the Community Players since the 1971 production of “A Streetcar Named Desire.” The show was well-received by both the reviewer, who called for a drama a year, and the audiences. The Daily Pantagraph did a photo article showing Carolyn Beyer, the costumer, who was replicating the dresses worn by Mrs. Lincoln more than one hundred years ago. Also featured in the article was Barbara Houston-Shaffer, who played Mrs. Lincoln. The program had more sample ballots with reminders to get tickets and to vote for actors, productions and costumer during the musical “Godspell.”