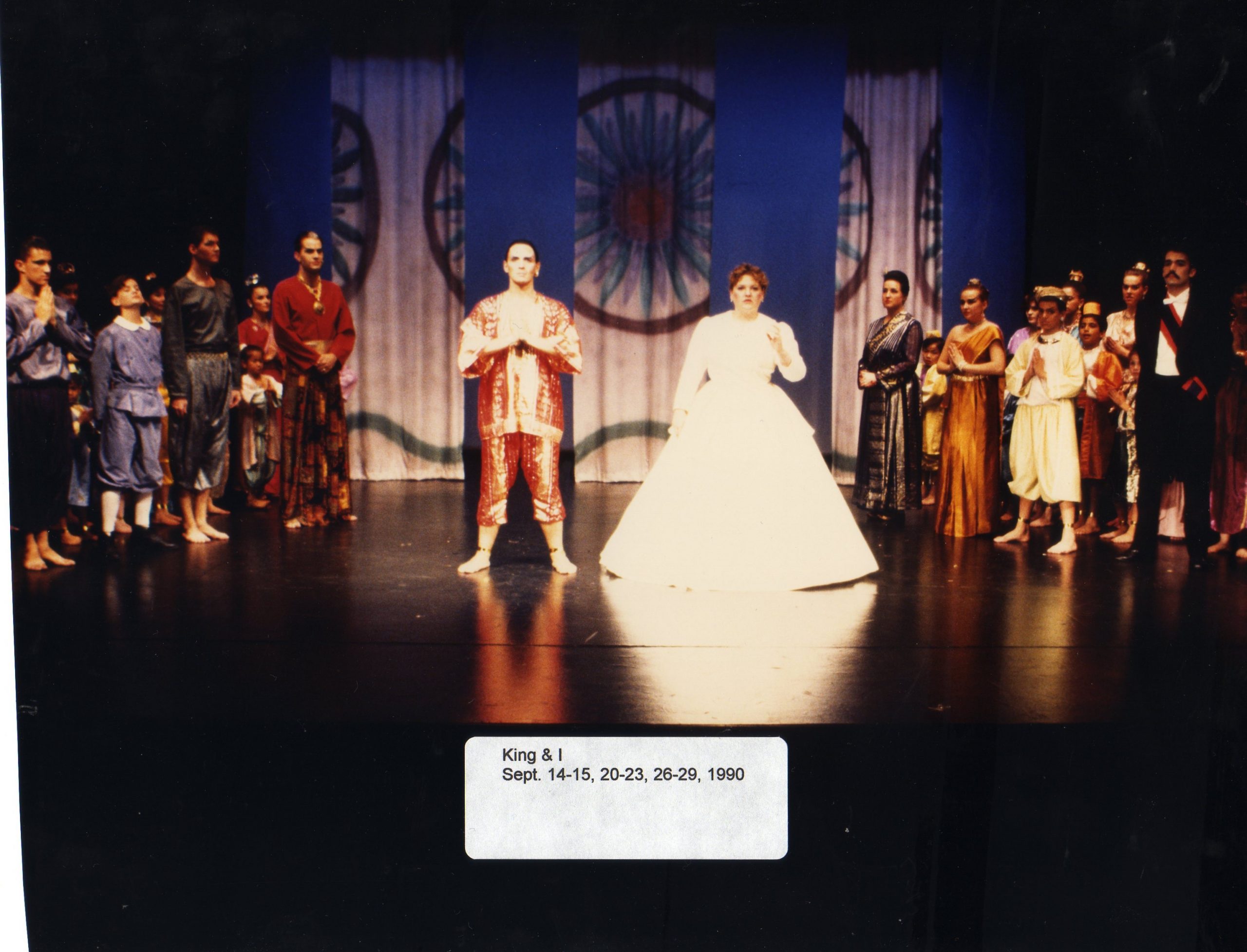 The King and I

Welsh schoolteacher Anna Leonowens travels from England to Siam to serve as governess to the king’s many children. Anna and the King’s clash of wills and the lessons they learn from each other are examined in this Rodgers and Hammerstein musical, based on Leonowens’s account of her experiences.

For the 1990-1991 season, the Playreading Committee and the board decided to create a unifying theme and a brochure to be distributed throughout the Twin Cities. The first tri-fold flyer for the season, themed “Community Players Goes To The Movies” included two choices of theater packages. They were called the “Six Star” and the “Four Star” packages. The Six Star package gave the patron the four main productions and two of the three additional attractions. The Four Star package offered only the regular four-show season.

The opening show of the season was “The King and I” with a cast of 56 singers and dancers. Newcomers were Christie Hursey and Chris Fuller. This production was the directing debut for Pat Gaik. The Board of Directors and the Trustees dedicated the 1990-1991 season to the memory of Hilda Gummerman.