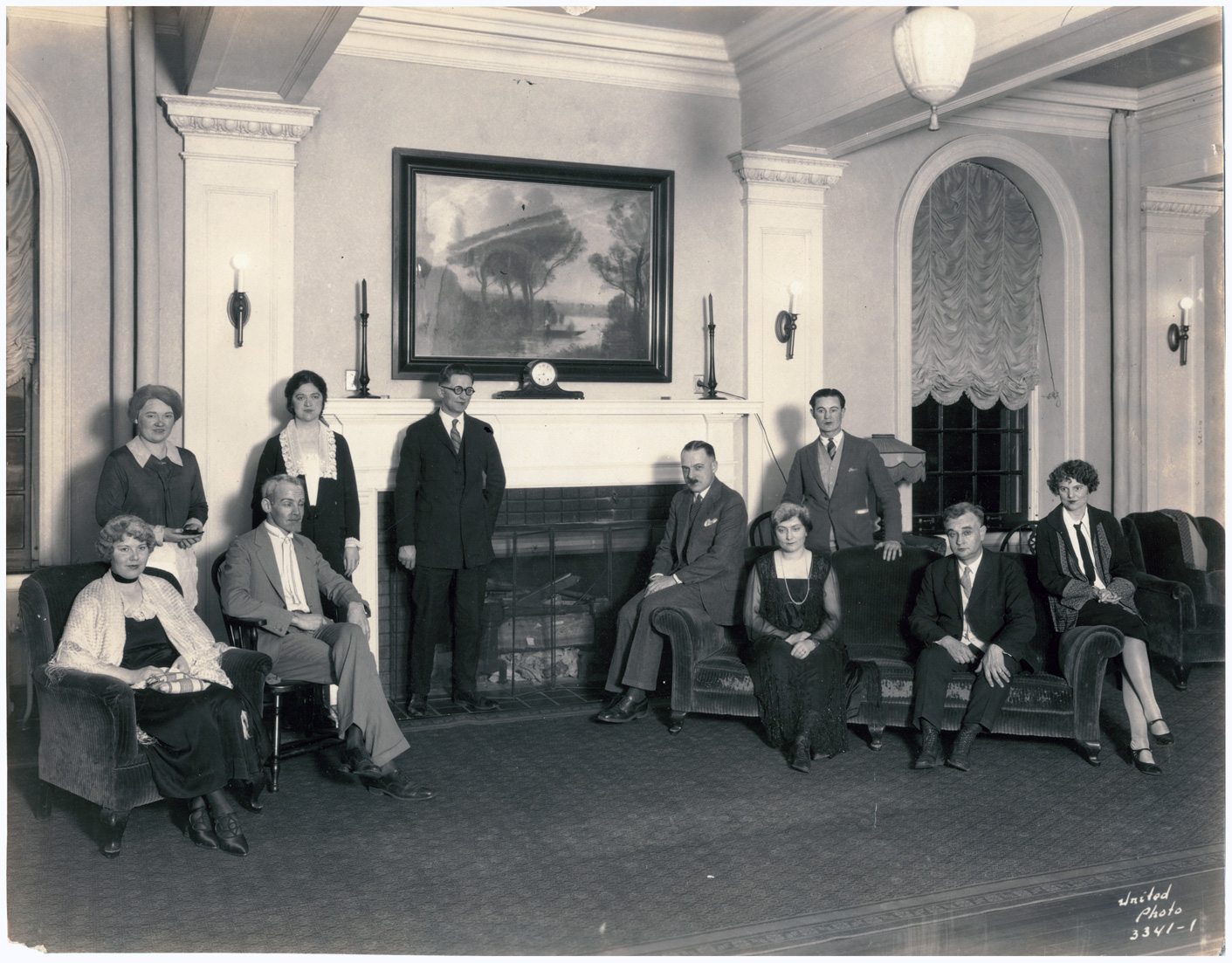 This comedy of English society concerns itself with the disappearance of Marmaduke. The arrival of a number of relatives and a look-a-like substitute Marmaduke sets the complications quickly into motion. Happily for all concerned, the resolutions of the many conflicts are settled in a proper English fashion.

At the Executive Board Meeting for the Community Players on January 16th, 1926, Mrs. E.P. Sloan, Production Manager for the season reported to the executive committee that she had secured the services of Mrs. Charles Decker in Producing “The Irresistible Marmaduke” as she had at Normal. The board directed by vote that Mrs. Charles Decker also direct the show and to proceed with plans for the production. The show was held on March 2, 1926.

In December of 2014, several photos showing Elias Rolley had been sent to Historian Bruce Parrish by William Rolley and Katherine Fey, the son and granddaughter of Elias Rolley, an actor in “The Dover Road” and other Community Players productions as well as a future board member. Along with “The Dover Road,” there were several other unidentified photos.

In June of 2015, Parrish, remembering the other photos, started to research one of the images. The photo had been taken at ISNU’s Old Main lounge in 1925. The number of people and the number of actors in “The Irresistible Marmaduke” were the same. He used the Milner Library on-line archives for old yearbooks to view the 1924-1926 yearbooks to identify the actors in the photo. The same cast of professors, instructors, and students who performed “The Irresistible Marmaduke” for both an ISNU performance and the March 1925 production for the Community Players were now identified, and another early production photo was added to Community Players archive.