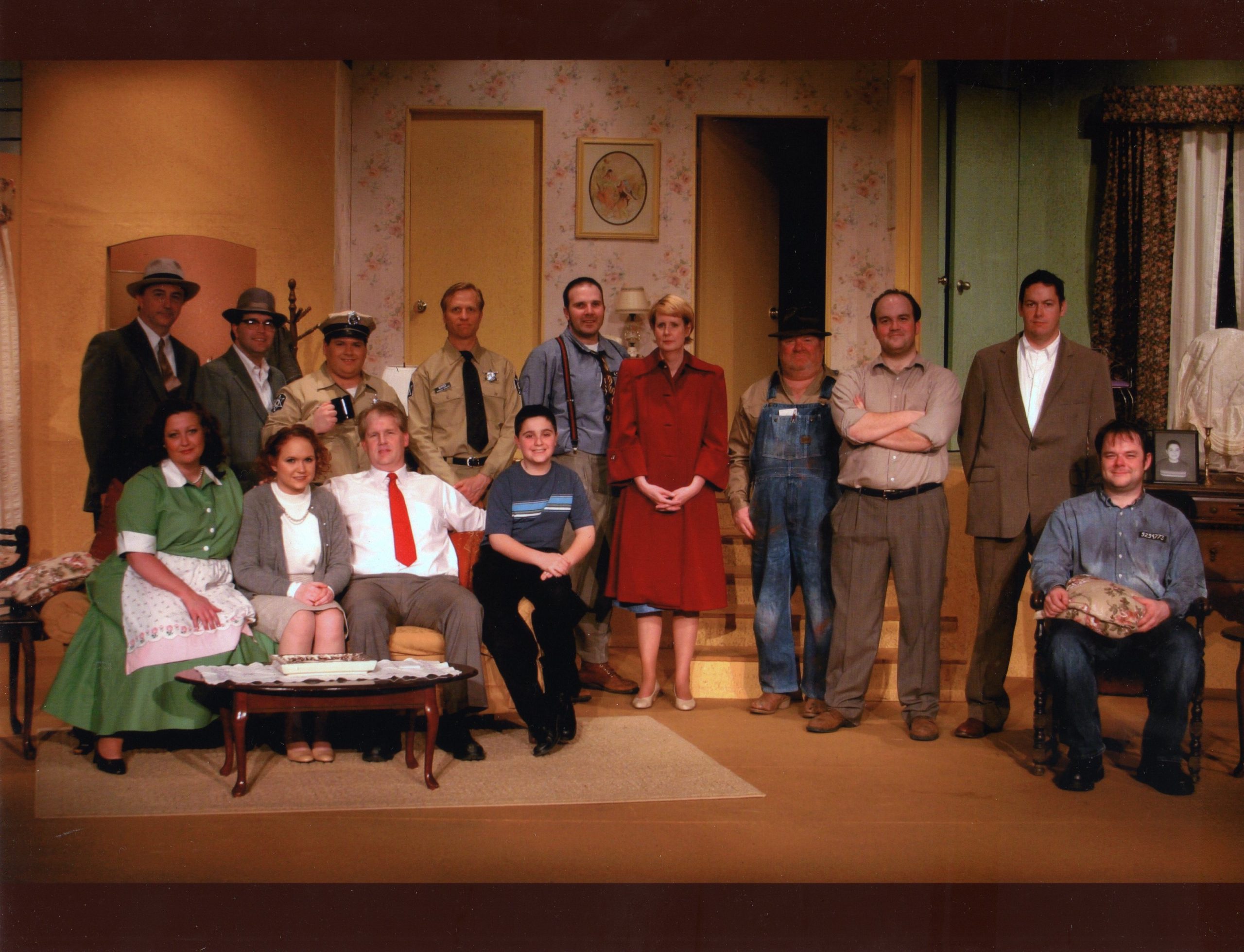 “The Desperate Hours” tells the story of a home invaded by three escaped criminals and of civilized people being driven to violence. The Hilliards are a typical family living on the outskirts of Indianapolis. Suddenly, their pleasant home becomes a jungle full of cunning and violence. Suspense runs high in this drama of three escaped convicts who take over the home of a respected family and hold them hostage until they can work out their plan to seek revenge on a small town Deputy Sheriff.

Due to the nature of some of the violence in this play as well as the adult language, it was recommended that preteens not attend. This thriller was well-received by audiences. The opening weekend show dinner for members was at Lucca Grill on Saturday, March 11, 2006. During three consecutive weekends of the rehearsal period, cast members and board members joined John Lieder in scraping and repainting the audience house floor. The floor had been last repainted during the rehearsals for 1997’s “My Fair Lady.”