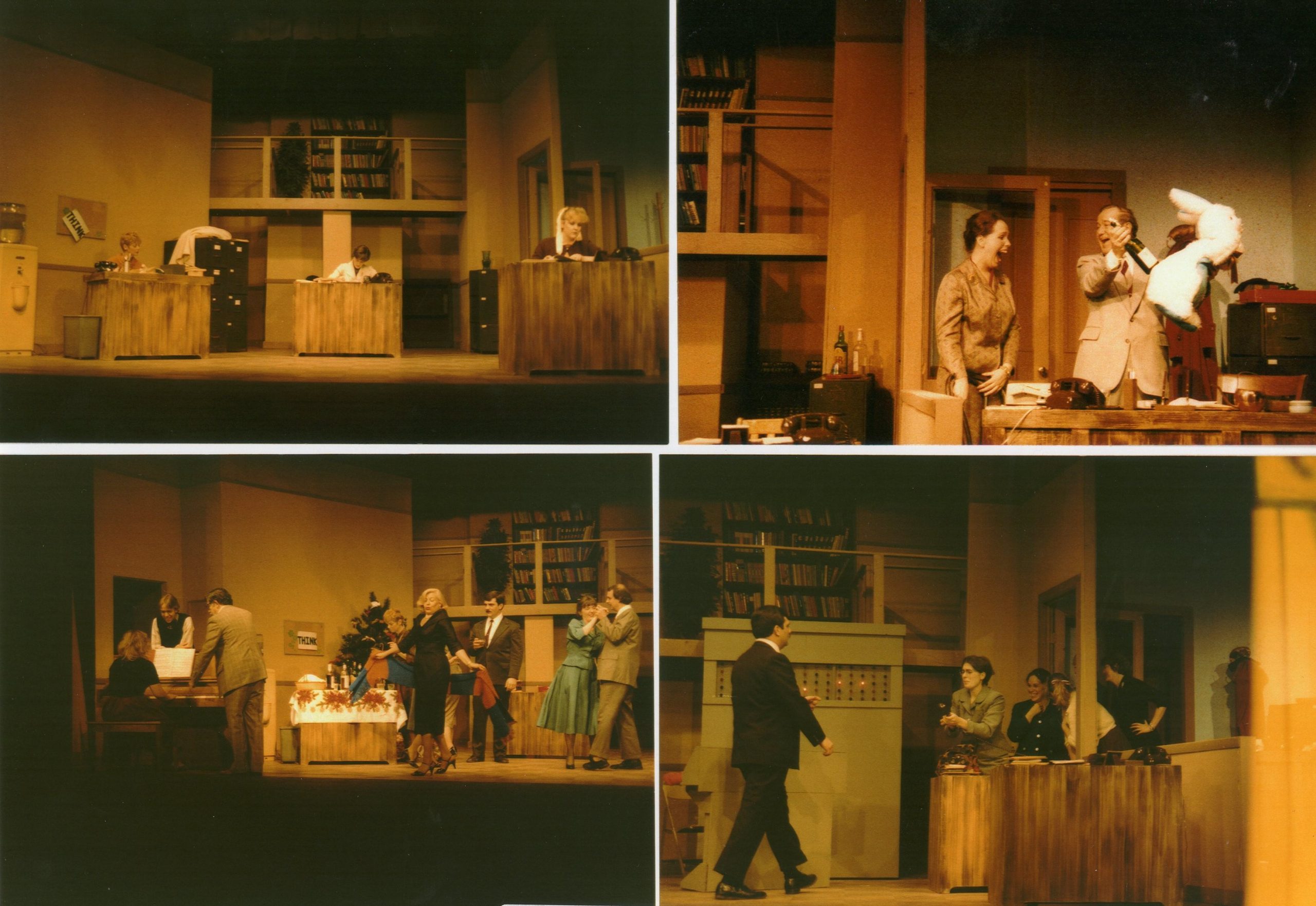 “The Desk Set” tells the story of a woman named Bunny who, with an encyclopedic knowledge of facts and figures, works in a television network reference department. Electronic brains are installed to do the work of people, soon replacing whole departments, but Emmaracs can not best Bunny in a game of wits, which causes them to blow fuses. Here is a telling comedy, rich in hilarity for anyone who has ever worked in an office.

For the second show of the season “The Desk Set,” Dan Blake and Paul Dillow built a working replica of the 1950’s computer, EMERAC. New for this show and this season, The Posh Nosh, a downtown Bloomington deli, provided a variety of pastries for purchase during the intermissions on Fridays and Saturdays.

The Lady in the Blue Suit

The Man in the Shirt Sleeves