Christopher John Francis Boone knows all the countries of the world and their capitals and every prime number up to 7,057. He relates well to animals but has no understanding of human emotions. He cannot stand to be touched. And he detests the color yellow. He lives on patterns, rules, and a diagram kept in his pocket. Then one day, a neighbor's dog, Wellington, is killed and his carefully constructive universe is threatened. Christopher sets out to solve the murder in the style of his favorite (logical) detective, Sherlock Holmes. What follows is a funny, poignant and fascinating portrayal of a person whose curse and blessing are a mind that perceives the world entirely literally. 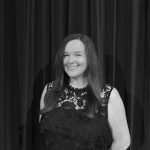