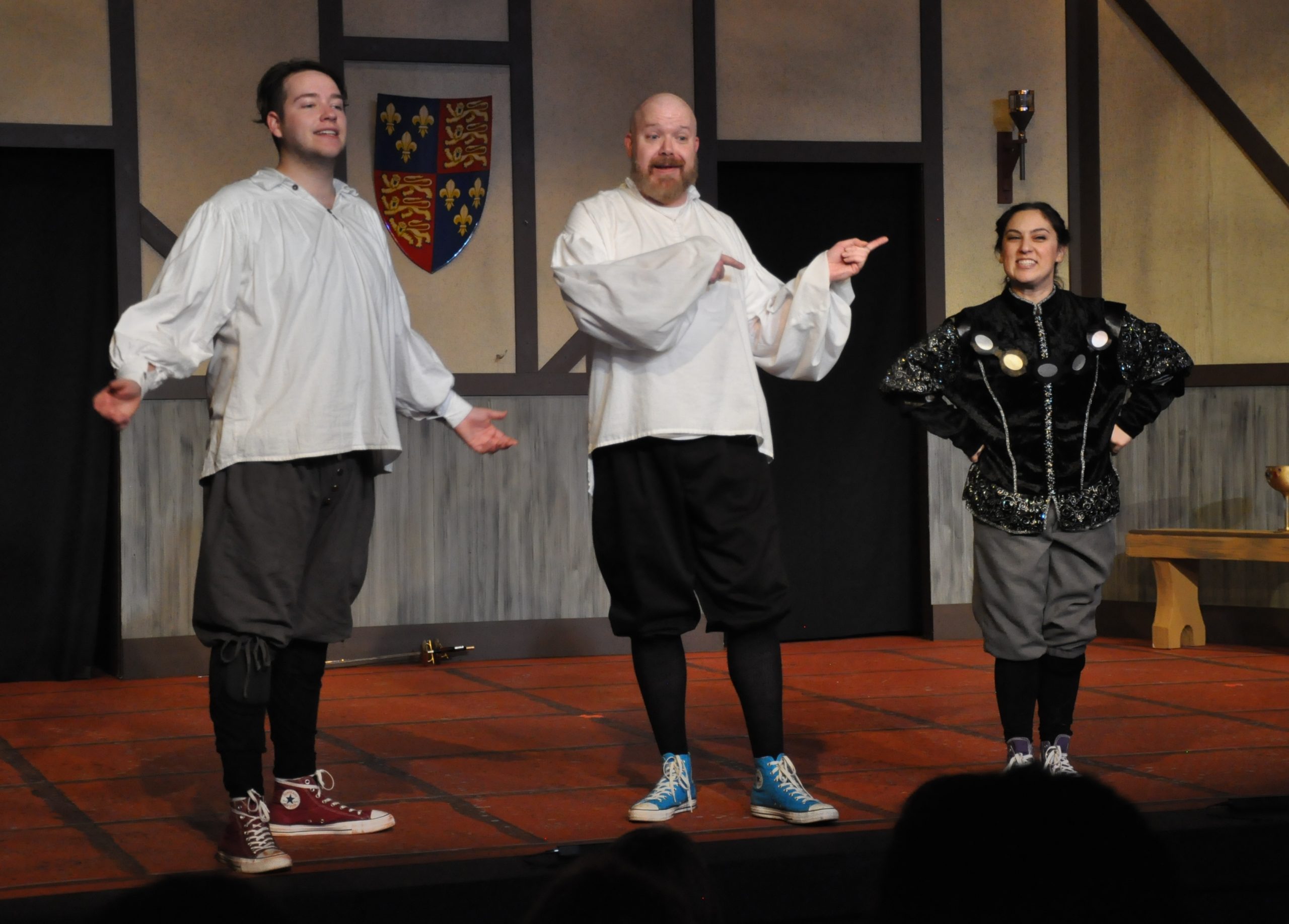 Can three actors really cover thirty-seven Shakespeare plays in less than two hours? This fast-firing comedy does just that as it parodies all of the Shakespeare plays (plus the sonnets!) with only three performers in two acts. The play is full of energy as the characters run across the stage and keep you guessing how they will pull off the next play.

The play starts with an eccentric version of “Romeo and Juliet,” followed by a parody of “Titus Andronicus” (portrayed as a cooking show). Next is “Othello” done as a rap song (the infamous “Othello Rap”). The members of the trio then compete in a hilarious football game which summarizes the histories (“King John,” “Richard II,” “Richard III, “Henry IV,” etc.), complete with commentary and details of each character’s rise and fall from power.

As the characters are about to come to the end of the first act, they realize they forgot to perform Hamlet. One of the actors becomes nervous and runs out of the theatre with another actor chasing him. The final actor is left to entertain the audience by himself, which he does by telling jokes and calling for the intermission.

After the intermission, the missing two actors return and save their companion from reciting all of the sonnets. All three actors then perform their very abbreviated version of Hamlet (with a little help from the audience), thus “completing” the canon in only an hour and a half!

“The Complete Works of William Shakespeare (Abridged)” was first perform as a part of the “Theater For Youth” program. The show ran one weekend in February of 2000. The current production was directed by Brett Cottone and received high praise for a manic, fast paced production. The production usually features three male actors, but this time around, the show featured two guys, and a lady. In this difficult harsh winter, the attendance for the production was excellent.