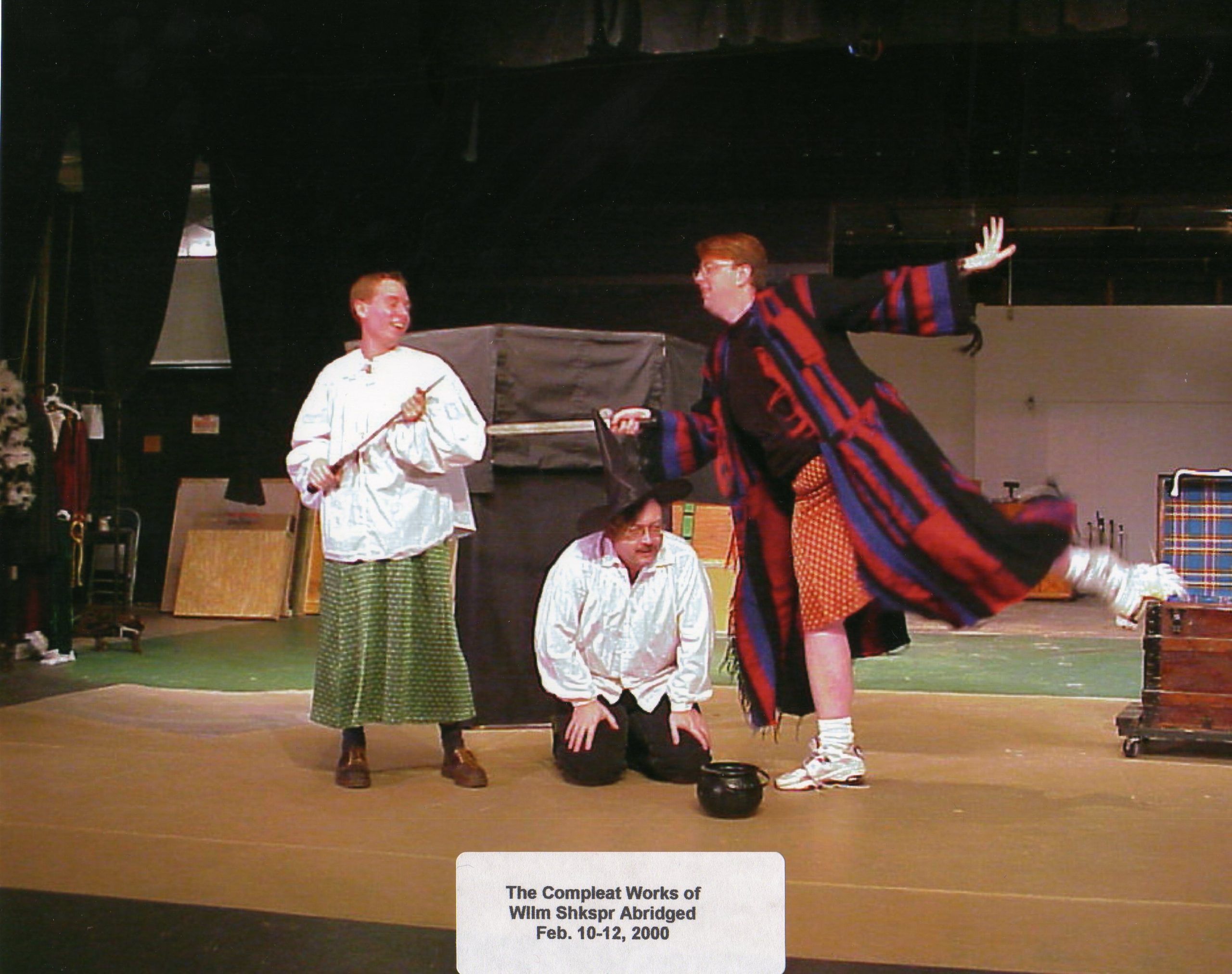 Can three guys really cover thirty-seven Shakespeare plays in less than two hours? This fast-firing comedy does just that as it parodies all of the Shakespeare plays (plus the sonnets!) with only three performers in two acts. This play is full of energy as the characters run across the stage and keep you guessing how they will pull off the next play.

Unique to the season was a second “Theatre For Young People” production which offered the three-man play “The Compleat Works of Wm. Shakspe-Abridged.” The farce-comedy, with lots of audience interaction, presented all of William Shakespeare’s comedies and tragedies. The production was directed by all three actors: Chris Terven, David Flanders and Tim Holbrook.