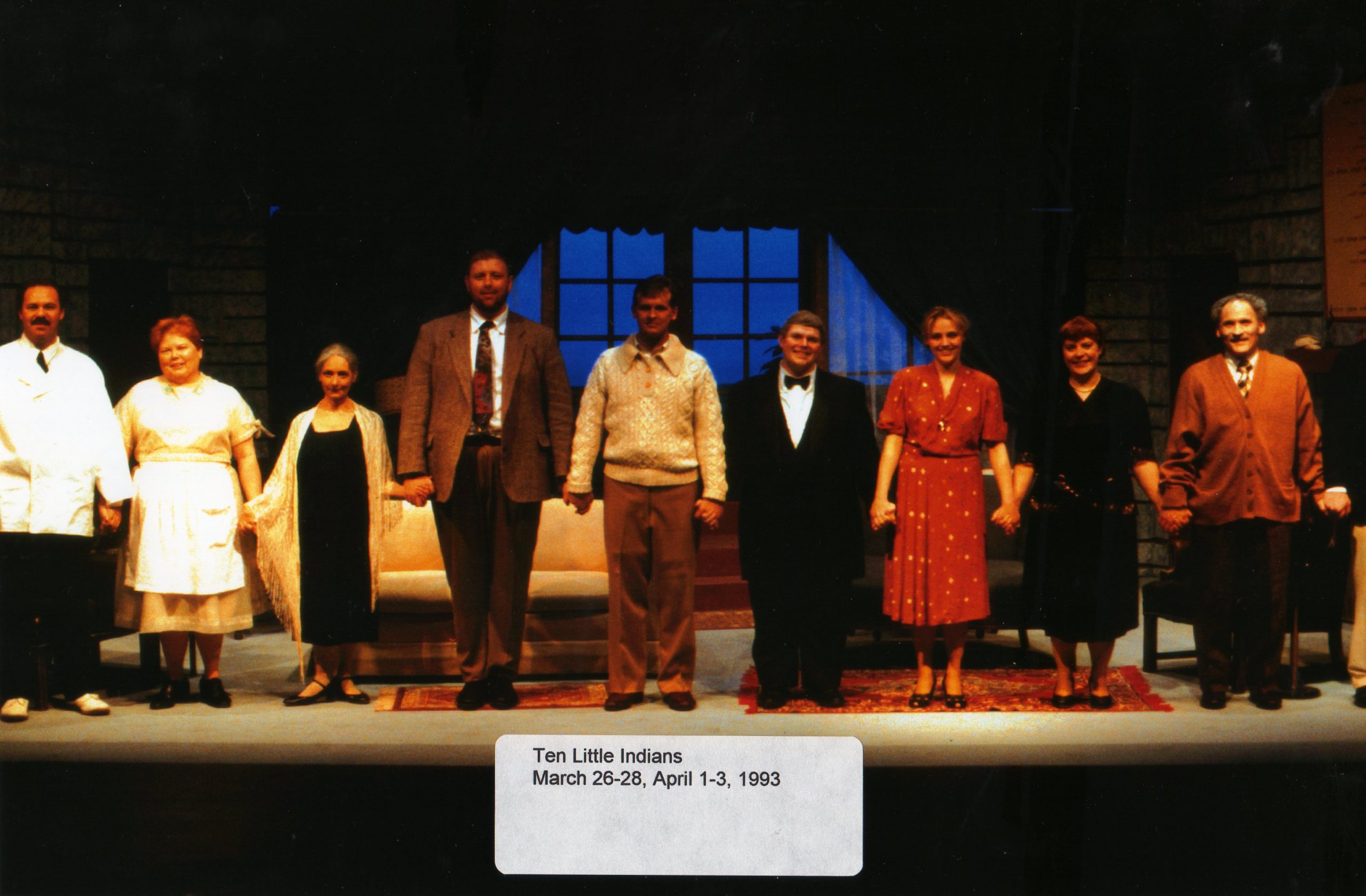 Ten guilty strangers are trapped on an island. One by one they are accused of murder; one by one they start to die. In this superlative mystery comedy, statuettes of little soldier boys on the mantel of a house on an island off the coast of Devon fall to the floor and break one by one as those in the house succumb to a diabolical avenger. A nursery rhyme tells how each of the ten “soldiers” met his death until there were none. Eight guests who have never met each other or their apparently absent host and hostess are lured to the island and, along with the two house servants, marooned. A mysterious voice accuses each of having gotten away with murder and then one drops dead – poisoned. One down and nine to go!

A revival of Agatha Christie’s “Ten Little Indians” was next for the Players. Today, the play goes by the title of the original novel And Then There Were None. It was first performed as the closing show of the 25th season in 1947. The 1993 version, while receiving mixed reviews, was the highest grossing play of the season and an audience favorite. It featured the return of Gloria and Paul Elvidge to the Players stage after a very long absence. It also proved to be the last play that Tony Holloway would direct for the Players. This production was Tony”s 15 directing assignment for the Community Players.