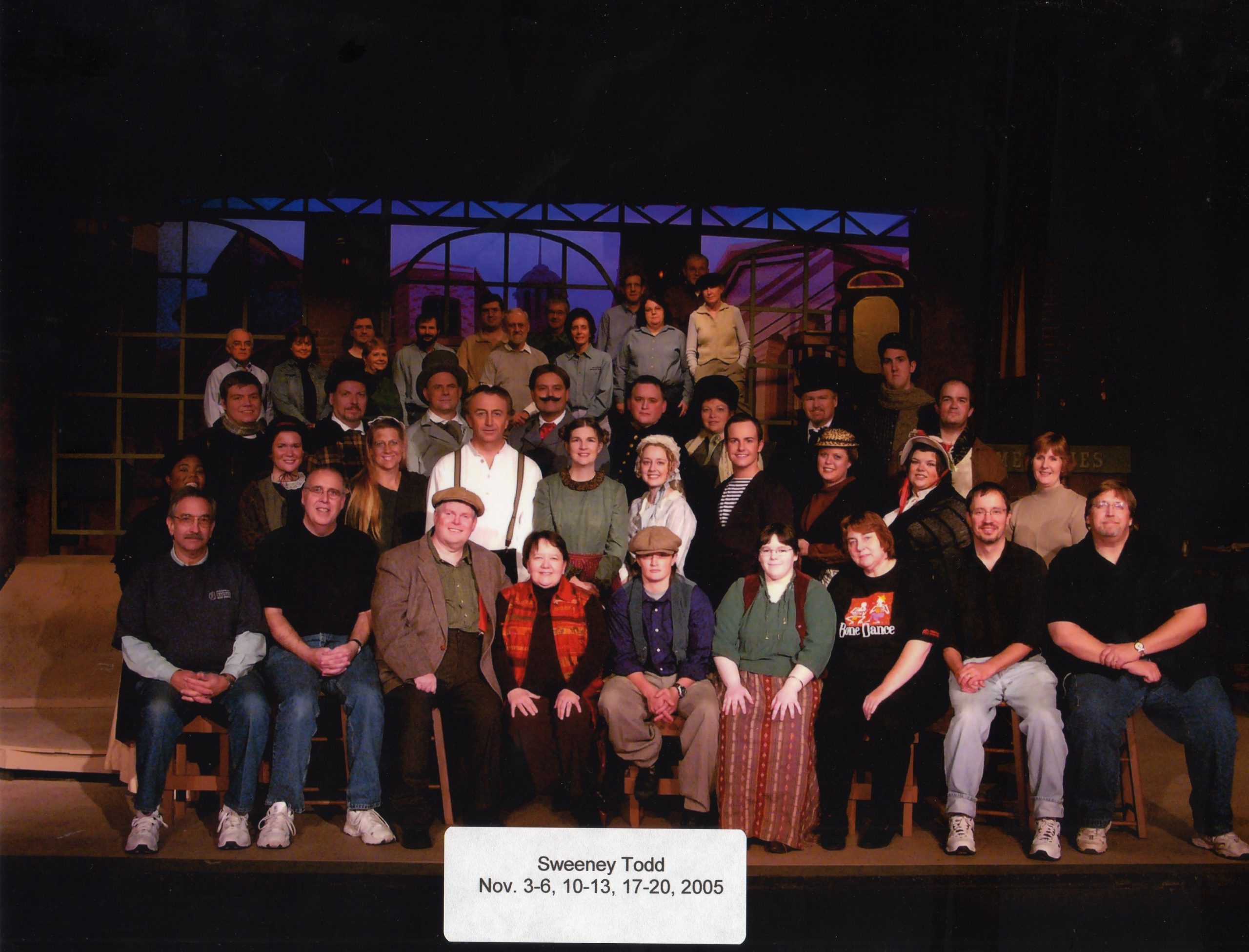 “Sweeney Todd” is a musical thriller about a 19th century London barber who goes on a murderous rampage. In the past, the evil Judge Turpin framed Todd (known then as Benjamin Barker) and raped his young wife. Todd was unjustly incarcerated in a penal colony for 15 years. However, when the show begins, Todd has managed to return to London and has come seeking revenge. He rents a room over the shop of Mrs. Lovett, the proprietress of a struggling pie shop. Todd’s thirst for blood soon expands to include not only the judge but also his unfortunate customers. Meanwhile, Mrs. Lovett happily puts the bodies in the meat grinder and uses the human meat in her meat pies – which become extremely popular with the citizens of London.

Music and Lyrics by Stephen Sondheim, Book by Hugh Wheeler

The presentation of “Sweeney Todd” was in the true classic sense of an operatic melodrama. For example, in place of fake liquid blood spurting out, the more traditional red scarves were used in conjunction with the changing of the lights to red to show any murder on stage. This production was highly praised by both reviewer and audiences. The unique unit set, designed by Gary Schwartz, placed the pit orchestra in the middle of the set with some orchestra members behind the facade of the window unit, but still in view of the audience. A special pipe organ was used in the orchestra to great effect.