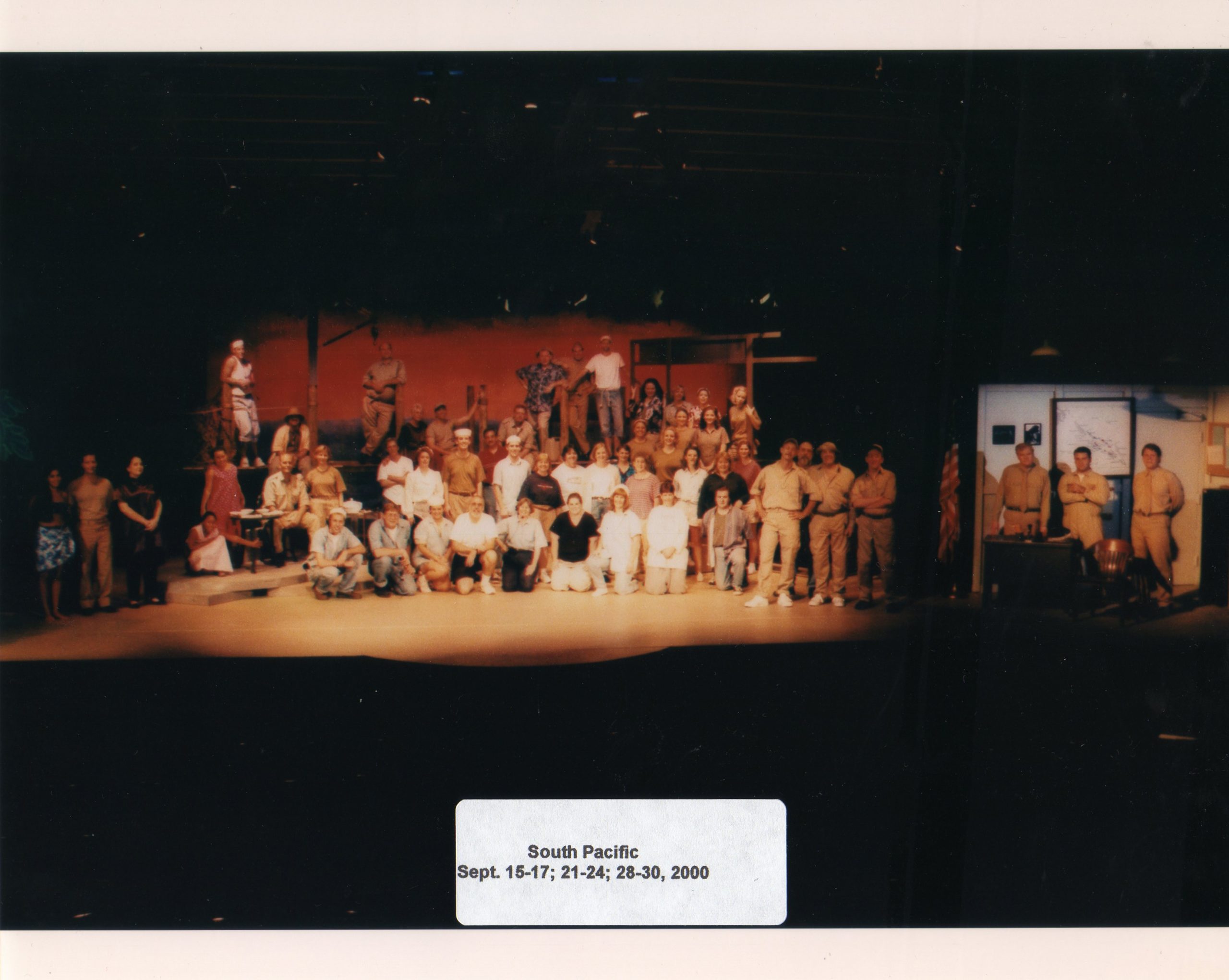 In “South Pacific” set in an island paradise during World War II, two parallel love stories are threatened by the dangers of prejudice and war. Nellie, a spunky nurse from Arkansas, falls in love with a mature French planter Emile. Nellie learns that the mother of his children was an island native. Unable to turn her back on the prejudices with which she was raised, she refuses Emile’s proposal of marriage. Meanwhile, the strapping Lt. Joe Cable denies himself the fulfillment of a future with an innocent Tonkinese girl with whom he’s fallen in love out of the same fears that haunt Nellie. When Emile is recruited to accompany Joe on a dangerous mission that claims Joe’s life, Nellie realizes that life is too short not to seize her own chance for happiness, thus confronting and conquering her prejudices.

Community Players’ 78th season was dubbed “Better Living Through Theatre.” The season included four revivals and one first-time production. The season also offered a fundraiser revival of “Joseph and the Amazing Technicolor Dreamcoat.” The season officially opend with a revival of Rodgers and Hammerstein’s “South Pacific.” The show had been first performed in the 1965-1966 season.

Just before the opening of the show, two veterans of World War II, Lynn Simpson and Tony Holloway, spoke with the cast and crew about what it was like serving in the Pacific during the war. The two gentlemen gave the cast insight into everyday life and survival during the war. This discussion by the two men was covered by a Pantagraph photo article on Sunday, August 6, 2000. The show was well-received and was an audience favorite.