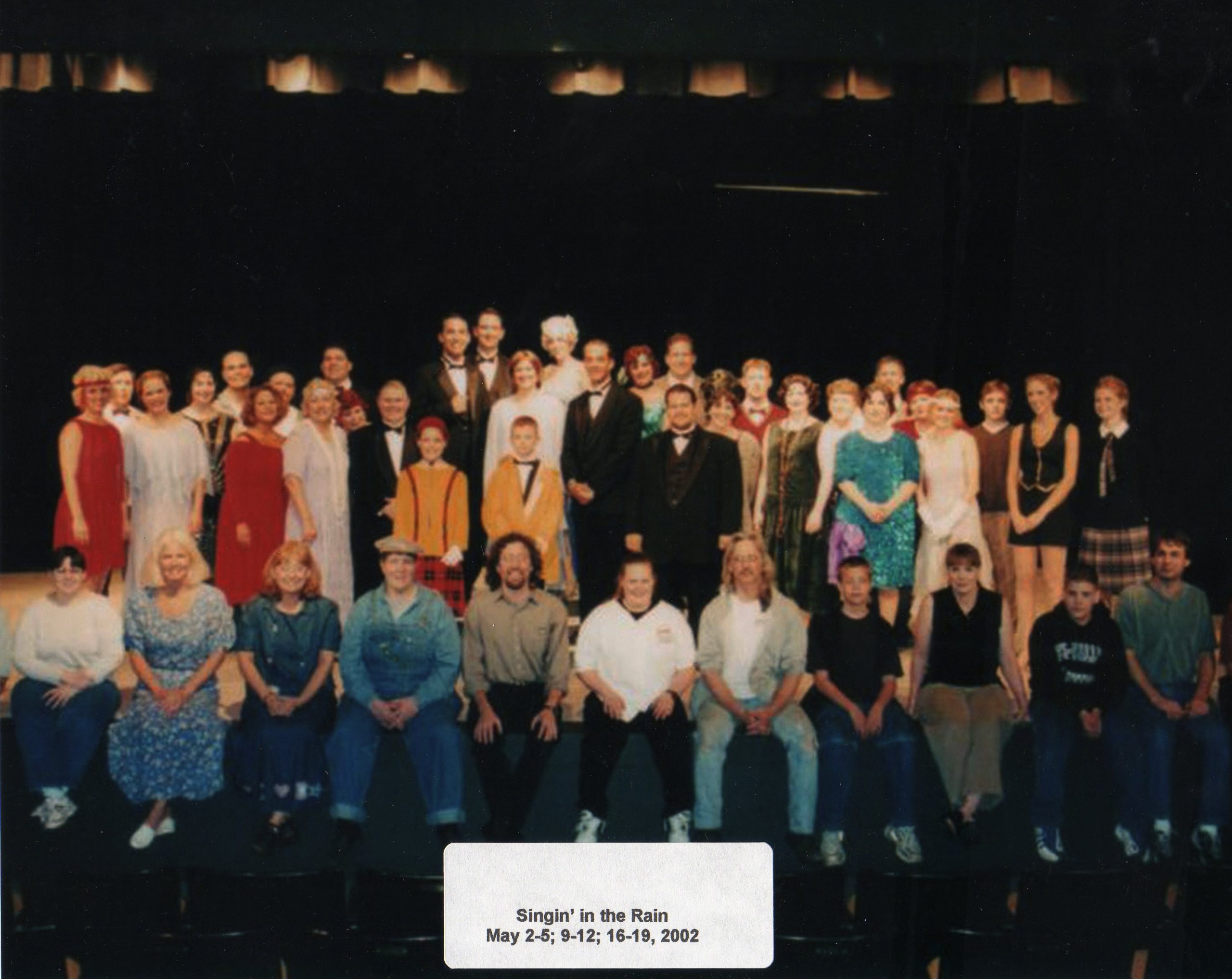 Singin’ in the Rain

The “Greatest Movie Musical of All Time” is faithfully and lovingly adapted by Broadway legends Betty Comden and Adolph Green from their original award-winning screenplay in “Singin’ In The Rain.” Each unforgettable scene, song, and dance is accounted for, including the show-stopping title number, complete with an onstage rainstorm! Hilarious situations, snappy dialogue, and a hit-parade score of Hollywood standards make “Singin’ In The Rain” the perfect entertainment for any fan of the golden age of movie musicals. “Singin’ In The Rain” has all the makings of a Tinseltown tabloid headline – the starlet, the leading man, and a love affair that could change lives and make or break careers! In silent movies, Don Lockwood and Lina Lamont are a hot item, but behind the scenes things aren’t always as they appear on the big screen! Meanwhile, Lina’s squeaky voice might be the end of her career in “talking pictures” without the help of a talented young actress to do the talking and singing for her.

Based on the MGM Film, Screenplay and Adaption by Betty Comden and Adolph Green, Songs by Nacio Herb Brown and Arthur Freed

Closing out the exciting and eventful 79th season was the classic musical “Singing In The Rain.” The script was based on the 1952 MGM movie, and the production included recreating original movie sequences of the old silent movies, cakes that come apart and of course, actual water that came raining down on the stage during the signature number. It took the full intermission period and most of the cast and crew to mop up water and move the water troughs. The show was an audience favorite and the technical aspects were highly praised. The entire 79th season was very popular and successful.

In the program for “Singing In The Rain” was an announcement of the upcoming 80th season. There was also an announcement of the Community Players Theatre Gala, a celebration of 80 years, scheduled for Friday, August 23, 2002. at the Radisson Hotel and Conference Center in Bloomington. There was a silent auction, entertainment and dancing. The 80th Season was themed “80 Years-Alive and Kick’n”.

The Man On The Screen