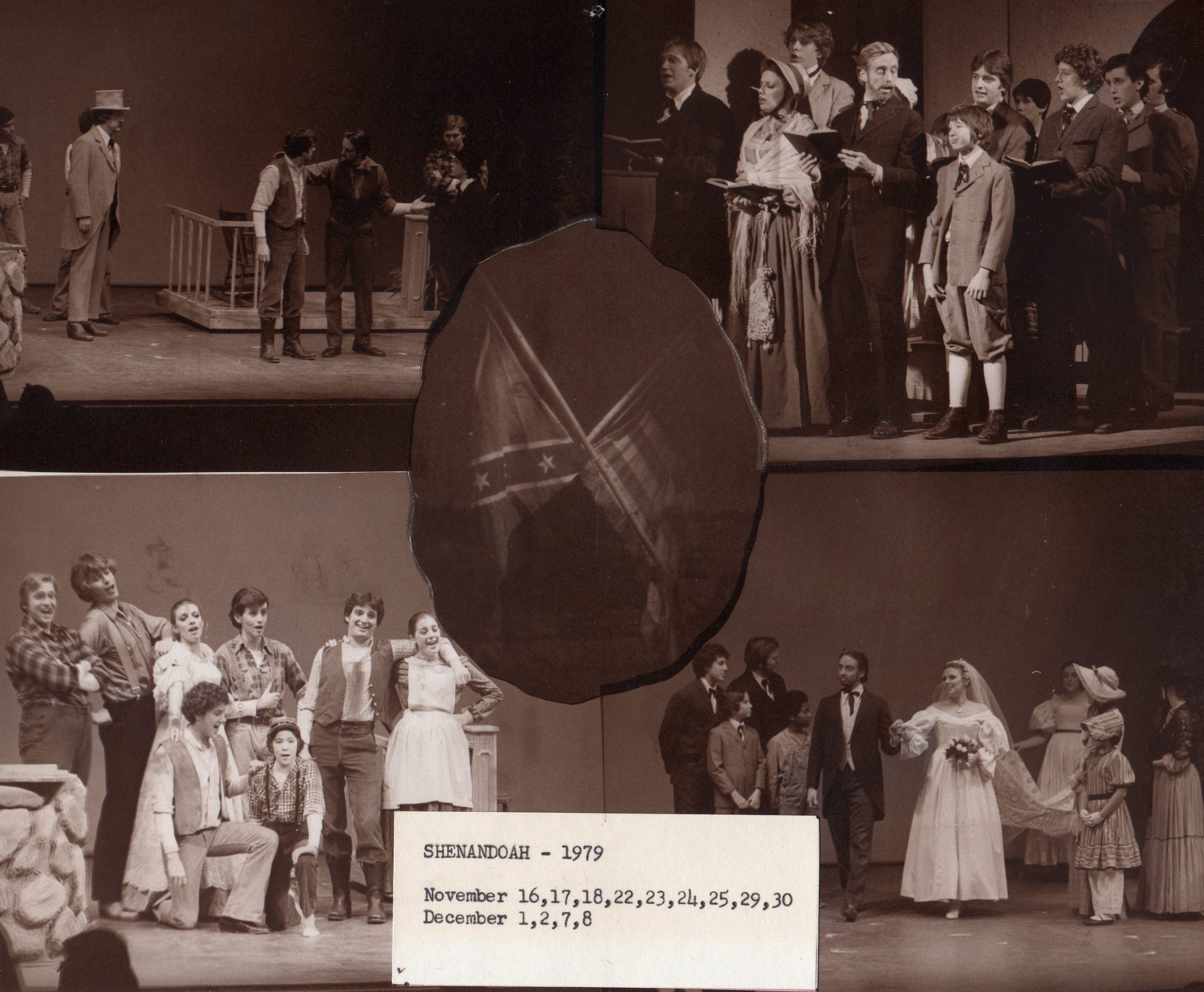 This colorful and dramatic saga is based on the film which starred James Stewart as a strong willed Virginia farmer trying to keep his family neutral as the Civil War rages. Union forces and the Confederates see things only in shades of Blue or Gray, so the family is inevitably swept up in the conflict against all odds. Their story is a heart-warming and heart-rending portrayal of the upheaval that left wounds on the land and its people for generations to come. The Tony-winning Broadway production ran for over 1000 performances and toured extensively.

For the first time since “Damn Yankees” in 1967, Players had a new musical director. Wes Habley handled the vocal and orchestral direction for the newly released musical “Shenandoah.” This show was the first time Bruce Parrish had directed and Kathy Parrish had produced a musical. The opening number of the show is usually staged as a battle with all of the actors in either blue or gray uniforms. This show, however had a different approach. Images from Matthew Brady’s slides of the Civil War were projected on the scrim. Featured in a special light, in the center of the scrim, was the principal character Charlie Anderson. As he sang, a picture of General Meade’s bombed headquarters at Gettysburg was shown, and the flags of the Union and Confederate Armies crossed over his image as the song came to a thundering conclusion. This was done to use the greatest volume of the actors’ voices and to avoid unnecessary movement that could distract from the lyrics of this powerful song. The highly emotional ending of the musical concludes with a church service, during which the long lost youngest son, comes back home to his family. Upon his entrance, crippled and slowly moving toward his father, it was easy to hear crying in the audience. This happened every night of the 13 performance run. Boxes of facial tissues had to be placed near all of the exits and in the lobby. The reviewer called the production ‘Superb’ and one of the best productions that the reviewer had ever seen on the Players’ stage.