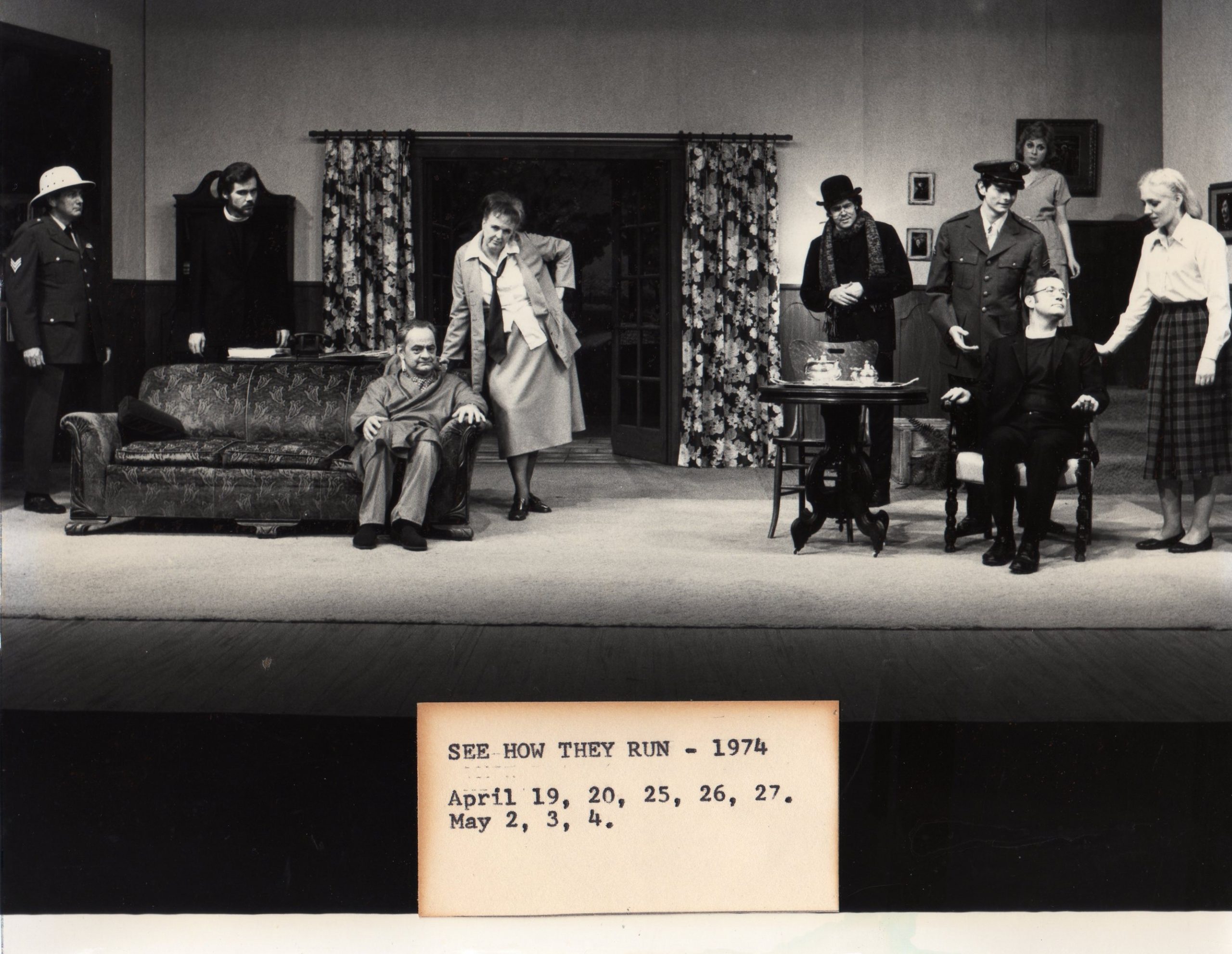 “See How They Run” is a fast paced comedy that has everyone galloping in and out of the four doors in an English Vicarage. Included are an American actor and actress (he is stationed with the Air Force in England), a cockney maid who has seen too many American movies, an old maid who “touches alcohol for the first time in her life,” four men in clergymen suits presenting the problem of which is which (for one of the men is an escaped prisoner disguised as a clergyman), and a sedate Bishop aghast at all these goings on and all the trumped up stories they tell him.

“See How They Run” had to hold an additional night of auditions. There had already been four of auditions and still the staff could not get a full cast. “See How They Run” was a successful show and had the highest box office for the season, including the musical. The season, according to the treasurer, had a profit of about $4,000. This was less than anticipated owing to the increased property taxes and utilities costs associated with the construction of the new addition. The concern, according to some patrons and board members, was that Players had again starting to do shows with questionable content and language.

The Bishop of LAX