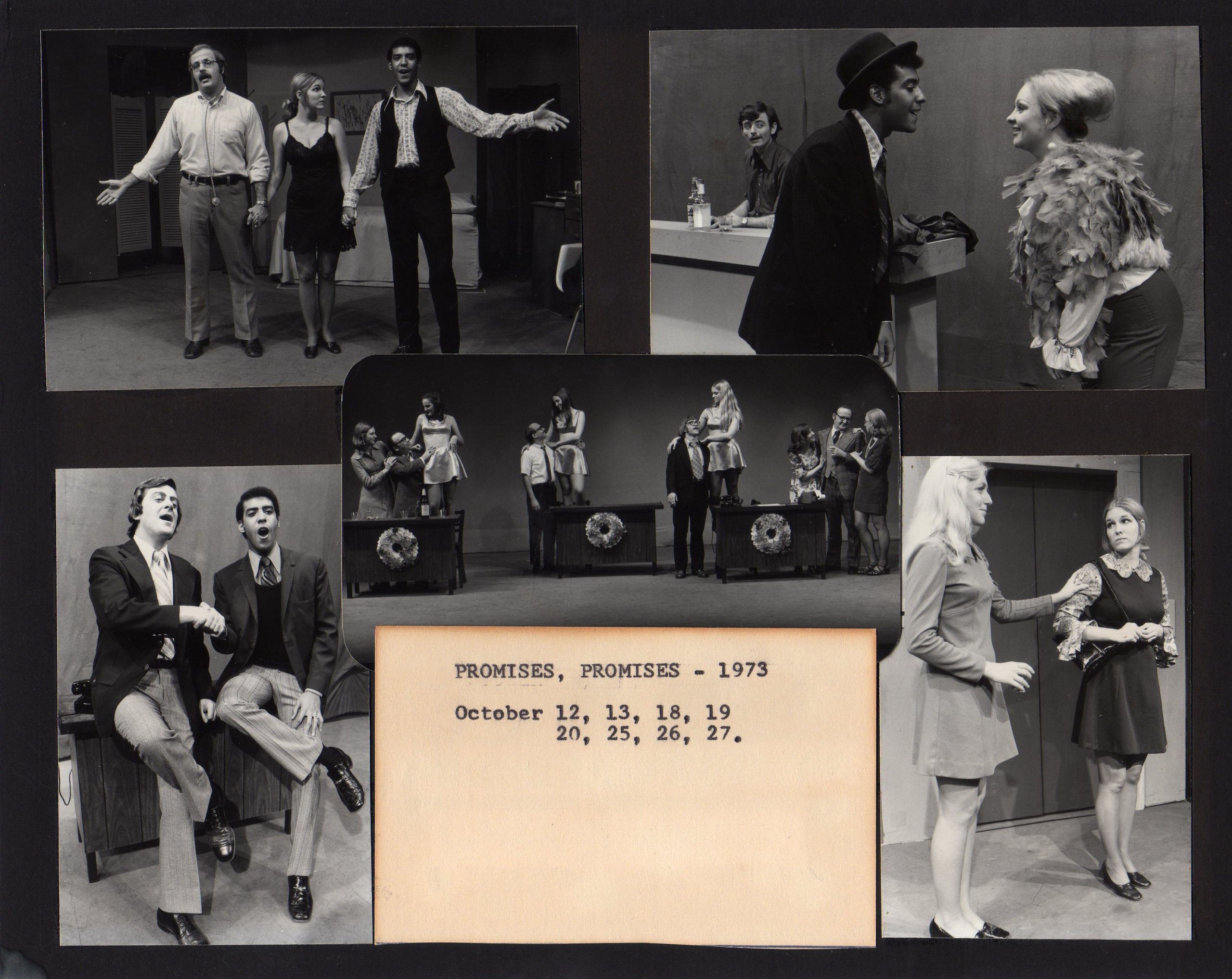 “Promises, Promises” tells the story of Chuck Baxter, a charming young employee at the Consolidated Life Insurance Company. In an effort to advance at the company, Chuck lends executives his apartment for their extra-martial trysts. But things become slightly complicated when Fran Kubelik, the object of Chuck’s affections, becomes the mistress of one of his executives. The musical is based on Billy Wilder’s film “The Apartment.”

Book by Neil Simon
Based on the Screenplay “The Apartment” by Billy Wilder and I.A.L. Diamond
Music by Burt Bacharach
Lyrics by Hal David

Prior to the opening of, what was then termed, the 50th Season, a coffee gathering was held at the home of Players’ President, Mrs. Joan (Jobie) Tick. This gathering was to announce the upcoming season ticket sales and to feature three special guests: Mrs. Harry Riddle, first season ticket holder, actress, a past director, board member, and president of Players, Mrs. Edith Kuhn, an actress from the very first play for Players “Overtones” in 1923, and Mrs. E. Melba Johnson Kirkpatrick, one of Illinois Wesleyan’s earlier Directors of Theater. Mrs. Kirkpatrick was also an actress, director, and board member for Players’ in the early decades of the organization. The ladies recalled many early memories of the Players for The Pantagraph reporter, Marcia McDonnel.

In addition to the season memberships, a special plea went out to subscribers to add an additional $5, $10 or $15 to the price of their season ticket. This money would go to a special “Angel” fund to help with construction costs of the new addition. This addition was supposed to be finished and opened by the start of the season, but due to a collapsed wall during construction and a flooded basement near the completion of construction, the addition would not be opened until the end of the run for “Promises, Promises.”

The opening show, “Promises, Promises” received a glowing review for all aspects of the production. This show would have the first interracial pairing of leading actors in Players’ History. It was also the first Community Players musical to use unseen singers who were on microphones in the orchestra. Sadly, the season ticket numbers were down for not only the season, but was one of the lowest totals in the past five years.