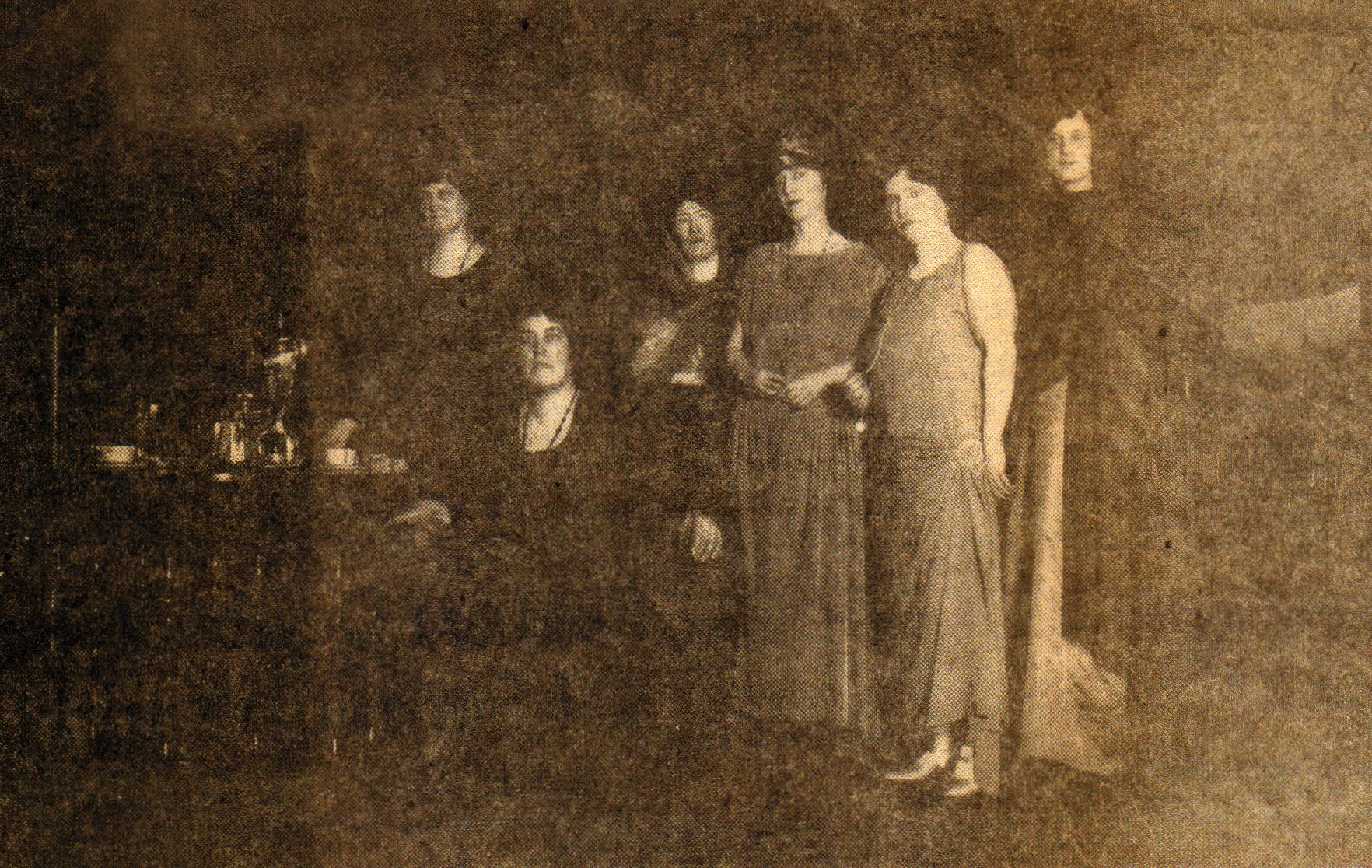 At the beginning of “Overtones,” Harriet is preparing for the arrival of a former acquaintance, Mrs. Margaret Caldwell, whom she has invited to tea. She is also having a discussion with her primitive “inner self,” Hetty. The two women establish that they are indeed very different parts of the same person. As Hetty notes, “I’m crude and real, you are my appearance in the world.” Harriet concedes that they are one and the same, but refuses to admit that Hetty is also the wife of Charles Goodrich. Harriet asserts that she alone is Charles’s wife because it is she who manipulates him and manages him through her social airs and artifice. Eventually the conversation turns to John Caldwell and to Hetty’s despair over not having married him when she had the opportunity. Margaret arrives bringing her primitive self, Maggie, and a most interesting conversation begins.

At the close of the performance, there was a brief address that presented the plan for a new Little Theatre. The playgoers were offered an opportunity to become either an Active or a Sustaining Member in the new organization. The governing board would be selected by the Active Membership.