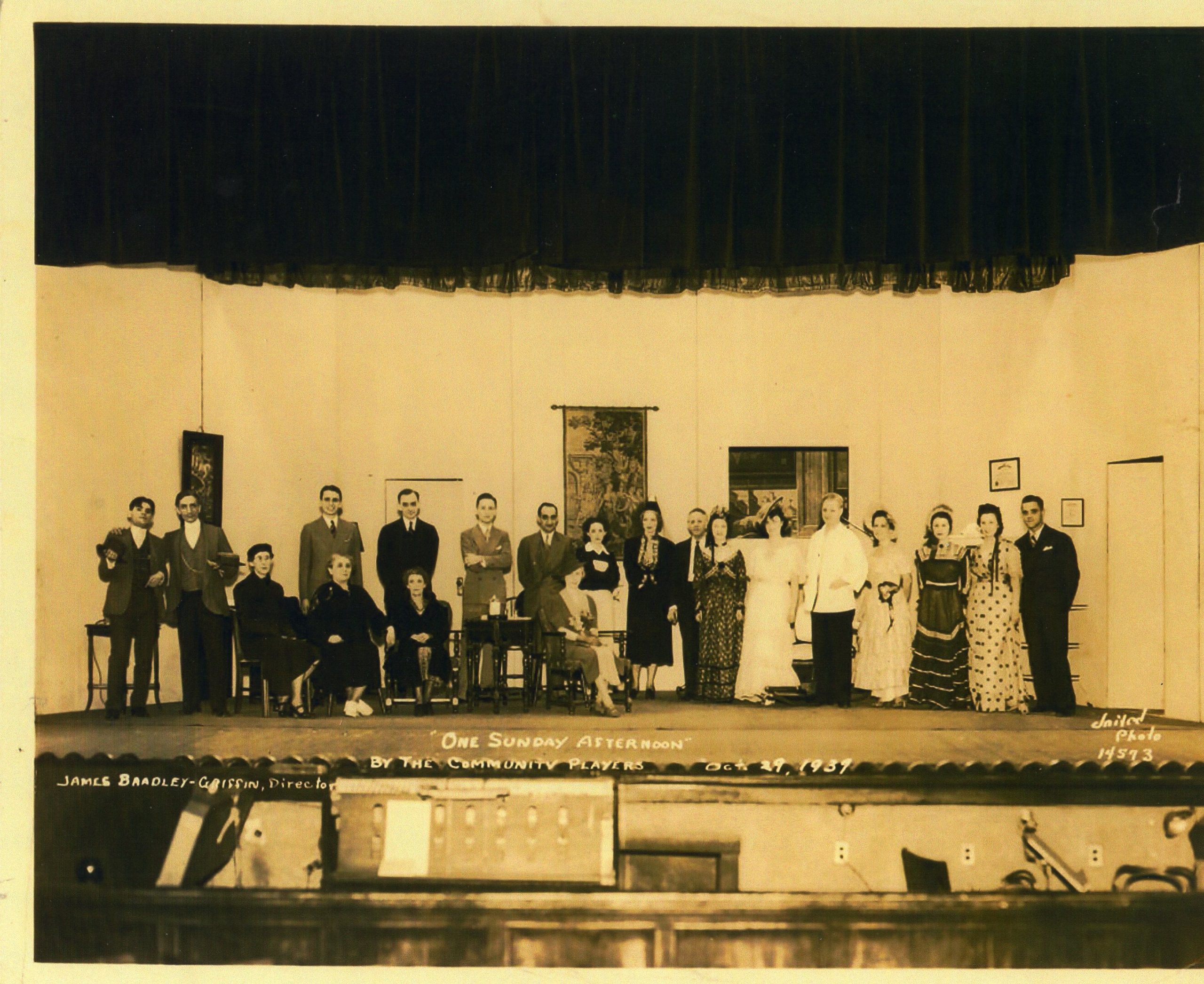 The hero of this play, Biff Grimes, is a handsome and impetuous bully. Unwelcome at the homes of village belles, he meets them on park benches and plies them with his fascinations. For hours they sit beneath the trees with him, talking of the birds, and the stars in pretty language. Biff Grimes’ favorite girl is won away from him by his enemy, Hugo Banstead, and Biff nurses a grudge. He becomes a dentist (in the prologue and epilogue he is seen viciously pulling one of Hugo’s teeth). At the end, Grimes meets his lost love; her charm is gone and an ill nature has taken its place. From then on life becomes sweeter to Biff, both in his affection for his wife and in the hominess of his life.

James Bradley-Griffin once again returned to Bloomington from Chicago to direct for the Community Players. Also the attics in homes of friends and strangers alike were raided by the Community Players’ committees seeking gay nineties properties and costumes for “One Sunday Afternoon.” As a special part of the show, The Sinfonian Quartet from Illinois Wesleyan University provided period music throughout the play.