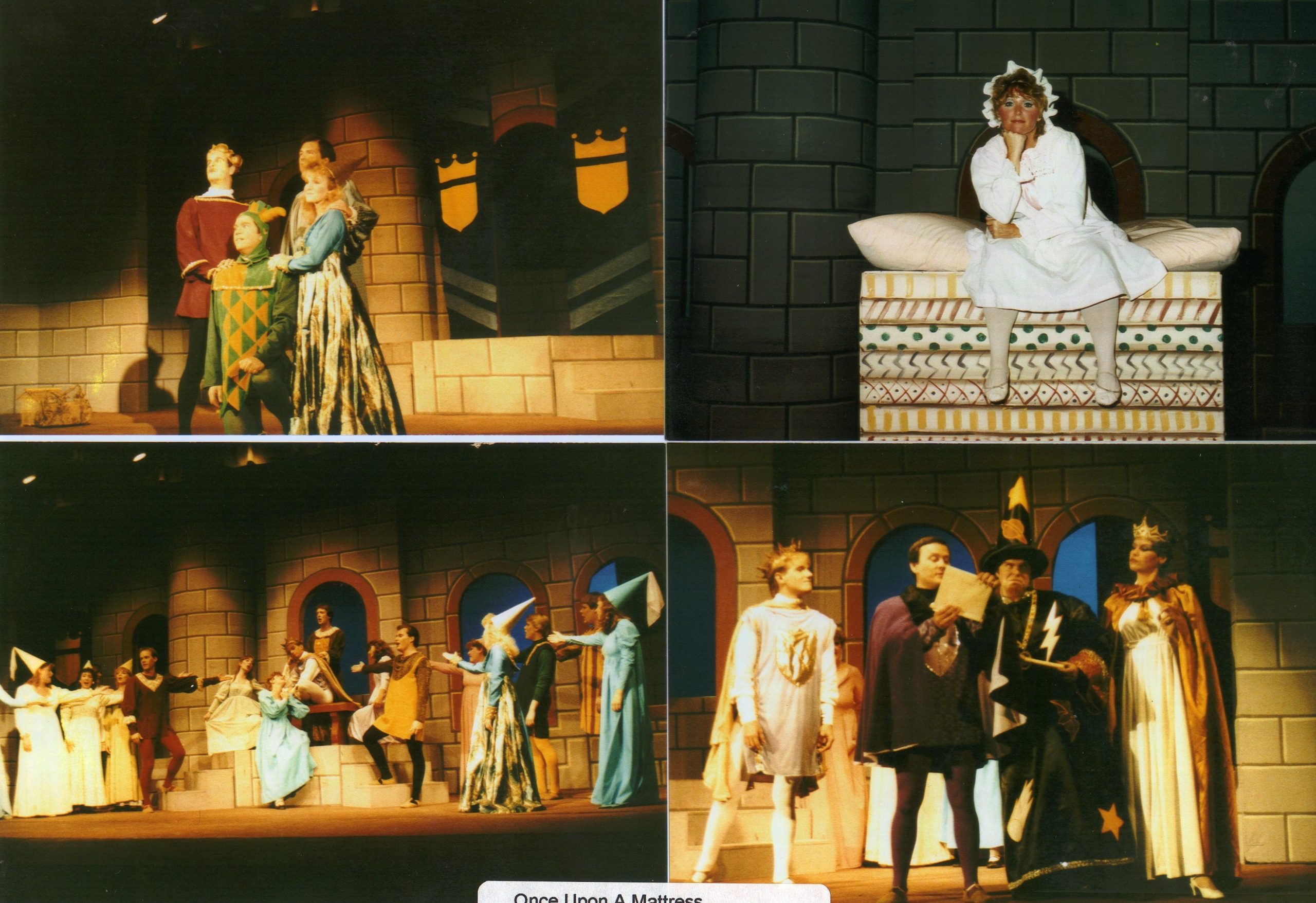 Once Upon A Mattress

Due to an unhappy curse, King Sextimus is unable to speak. Meanwhile, his terror of a wife, Queen Aggravian, has taken over control of the kingdom. Most importantly, in an attempt to keep Prince Dauntless single, she has decreed that only the princess that can pass her test may marry her son. Further, no one else in the kingdom may marry until Prince Dauntless does. Lady Larken and Sir Harry are extremely disturbed by this fact since Lady Larken is now pregnant with Sir Harry’s baby. Luckily, Sir Harry is able to find an amazing princess, Winnifred the Woebegone. She instantly catches the attention of Prince Dauntless, and in the end, is able to pass the Queen’s supposedly impassable sensitivity test. When the Queen still tries to prevent the Prince Dauntless from marrying, he tells her to ‘shut up’ which ends up breaking the curse on the king. Now able to speak, King Sextimus regains his rightful position as leader of the kingdom, and all is well.

The new seats, funded by the “Buy-A-Seat” program, were supposed to be installed prior to the closing musical “Once Upon A Mattress;” however, the original company the Players had contracted for the new seat installation had been purchased by another company before the seats could be installed. Due to a change the new seats were unavailable, so patrons were required to sit on folding chairs. The actual seats used today arrived the first week in June, a full three weeks after “Once Upon A Mattress” closed. “Once Upon A Mattress” was the debut of Gary Schwartz as the stage director for a musical. The show was well-received by both the reviewer and the patrons. This show made a profit as did every show of the 1985-1986 season. Listed in the program was the announcement of the 1986-1987 season, which featured two musicals, one comedy, one drama, a Christmas show and a children’s show.