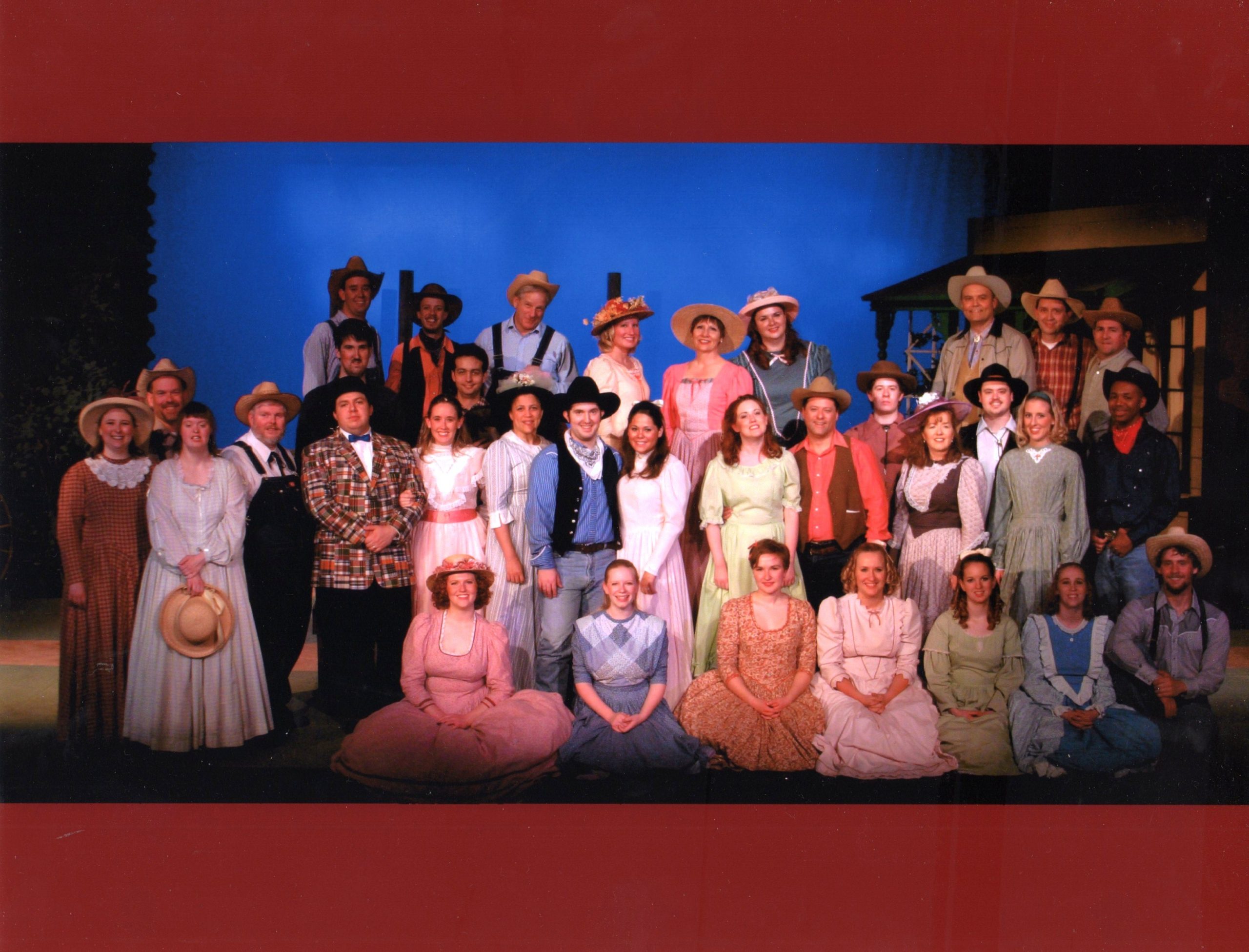 “Oklahoma!” is the story of Laurey and the two rivals for her affections: Curly, a cowboy and Jud, a farmhand. The play takes place in 1906 in an Indian territory of the American West during the time when Oklahoma was being established as a state. It tackles class issues between the farmers and the cowmen in the still-developing, rugged landscape of a state in its infancy as the characters struggle to find hope, love, and the fulfillment of “the American Dream.” It is also a romantic tale of love. Curly and Laurey have feelings for each other but both have difficulty expressing them because of their stubbornness. Just to spite Curly, Laurey accepts an invitation to the local dance from the evil Jud Fry. Eventually, Curly and Jud duel it out, with Jud ending up falling on his own knife and dying. Meanwhile, Will Parker has returned early from his trip to Kansas City. Unfortunately, his girlfriend, Ado Annie, just can’t seem to say no to other men. All turns out well in the end as both couples end up happily married.

Music by Richard Rodgers, Book and Lyrics by Oscar Hammerstein II, Based on the play “Green Grow the Lilacs” by Lynn Riggs