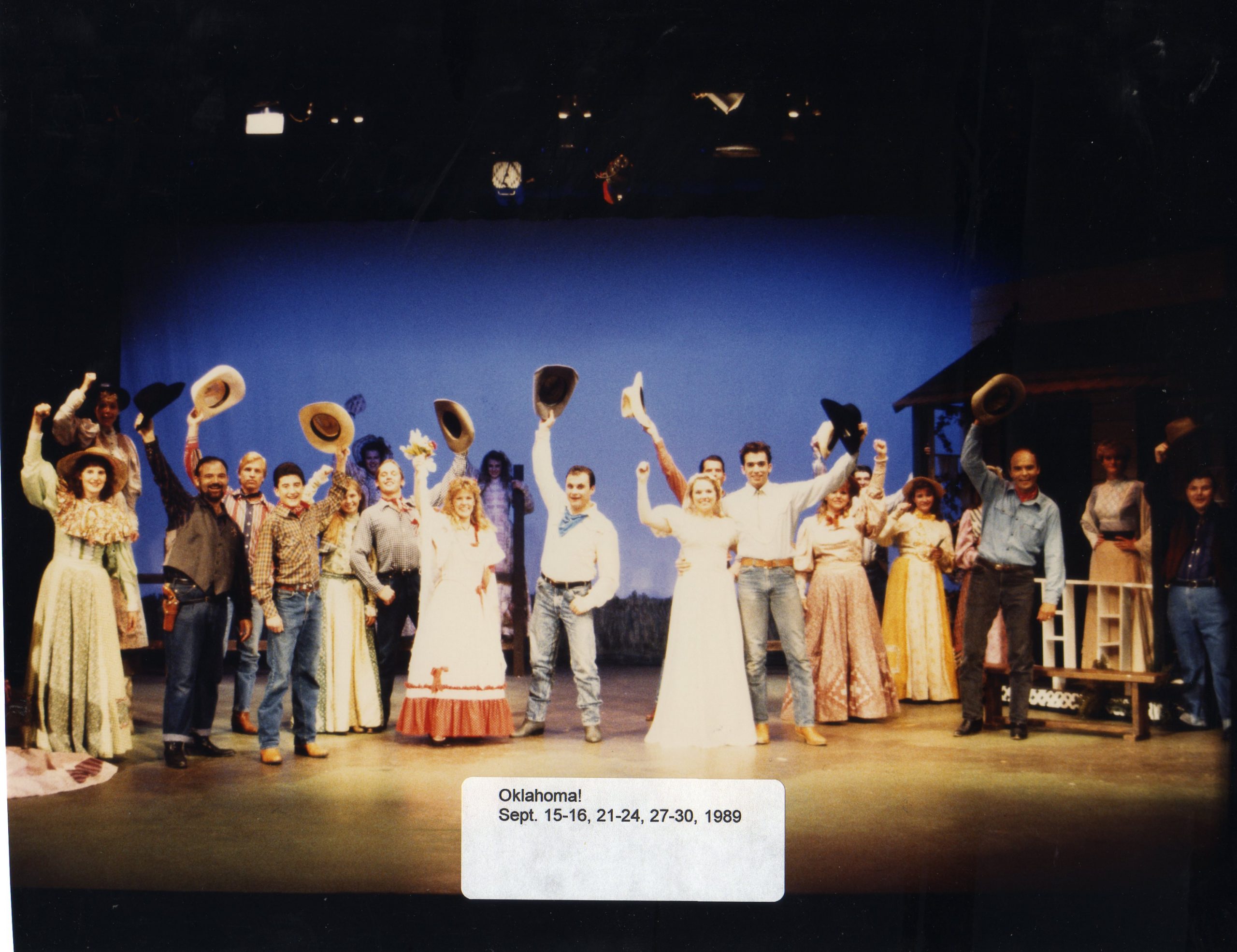 Rodgers & Hammerstein’s first collaboration remains, in many ways, their most innovative, having set the standards and established the rules of musical theatre still being followed today. This classic musical is the story of Laurey and the two rivals for her affections: Curly, a cowboy, and Jud, the hired farmhand. The play takes place in 1906 in an Indian territory of the American West during the time when Oklahoma was established as a state. It tackles class issues between the farmers and the cowmen in the still-developing, rugged landscape of a state in its infancy as characters struggle to find hope, love and the fulfillment of “the American Dream.” It is also a romantic tale of love. Curly and Laurey both have feelings for each other but have difficulty expressing it because of their stubbornness. Just to spite Curly, Laurey accepts an invitation to the local dance from the evil Jud Fry. Eventually, Curly and Jud duel it out, with Jud ending up falling on his own knife and dying. Meanwhile, Will Parker has returned early from his trip to Kansas City. Unfortunately, his girlfriend, Ado Annie, just can’t seem to say no to other men. All turns out well in the end as both couples end up happily married.

Music by Richard Rodgers, Book and Lyrics by Oscar Hammerstein II, Based on Lynne Rigg’s Green Grow the Lilacs

The opening show of the 1989-1990 season featured a revival of “Oklahoma!” Bruce Parrish repeated the role of Andrew Carnes, a part that he had played in the 1977 production. Another interesting feature of this show was the creation of an outside sign. Outdoor signs had been used for two previous shows back in the 1980-1981 season. After this production, however, plans were made to create signs for every show beginning in the 1990-1991 season.