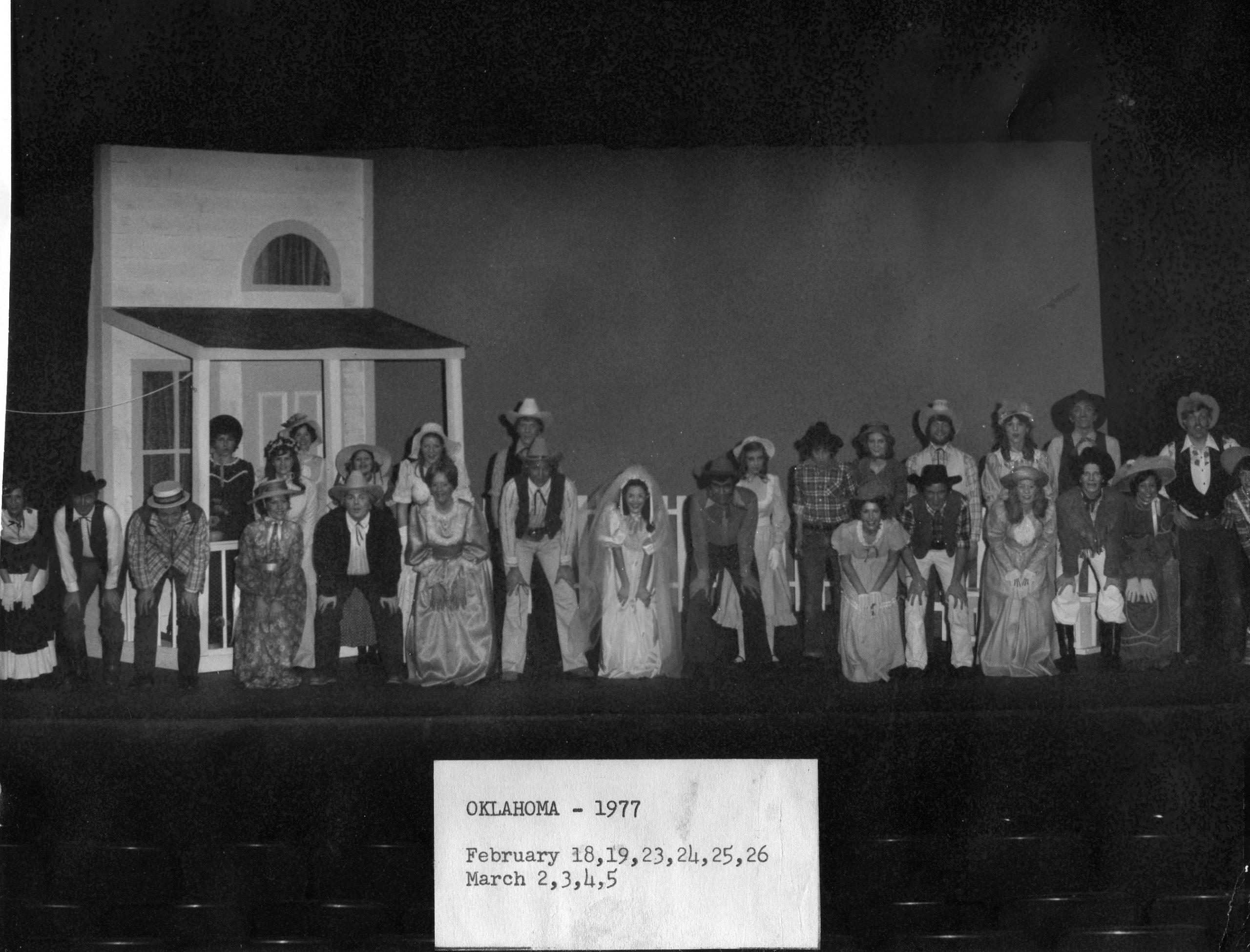 Rodgers & Hammerstein’s first collaboration remains in many ways their most innovative, having set the standards and established the rules of musical theatre still being followed today. Set in a Western Indian territory just after the turn of the century, the high-spirited rivalry between the local farmers and cowboys provides the colorful background against which Curly, a handsome cowboy, and Laurey, a winsome farm girl, play out their love story. Although the road to true love never runs smooth, with these two headstrong romantics holding the reins, love’s journey is as bumpy as a surrey ride down a country road. That they will succeed in making a new life together we have no doubt, and that this new life will begin in a brand-new state provides the ultimate climax to the triumphant “Oklahoma!”

This production of “Oklahoma!" would be the first of three presentations in Players’ history. This production had a large cast of many newcomers, including Kathy Rowe, Gary Schwartz, and John LeMay. Kathy had helped with lights for the show, “I Do!, I Do!” and was now assistant to the director. Kathy Rowe (now Kathy Parrish) and Gary Schwartz were later both named Governor Emeritus for their many years of service to Community Players. John Le May, one of the youngest cowboys in the show, went on to a professional film and television career starting in the 1980’s.

Like the rest of the nation in that era, the Players responded to the Federal and State requests to conserve energy by reducing the temperature throughout the building to 60 degrees. What would become a favorite story that cast members would later tell was of a disagreement between director Tony Holloway and the then trustee president Dan Gehrt over the thermostat settings during the severe winter of 1977. Tony reset the thermostat because many of the dancers could not keep their bodies warm and injuries were occurring. Also due to the severity of the winter’s sudden and heavy snowstorms, many of the out-of-town actors were snowbound in Bloomington. By opening night, the weather was not as severe, and two additional shows had been added to the original run. So ten performances were given to praise from both the reviewer and the audiences.