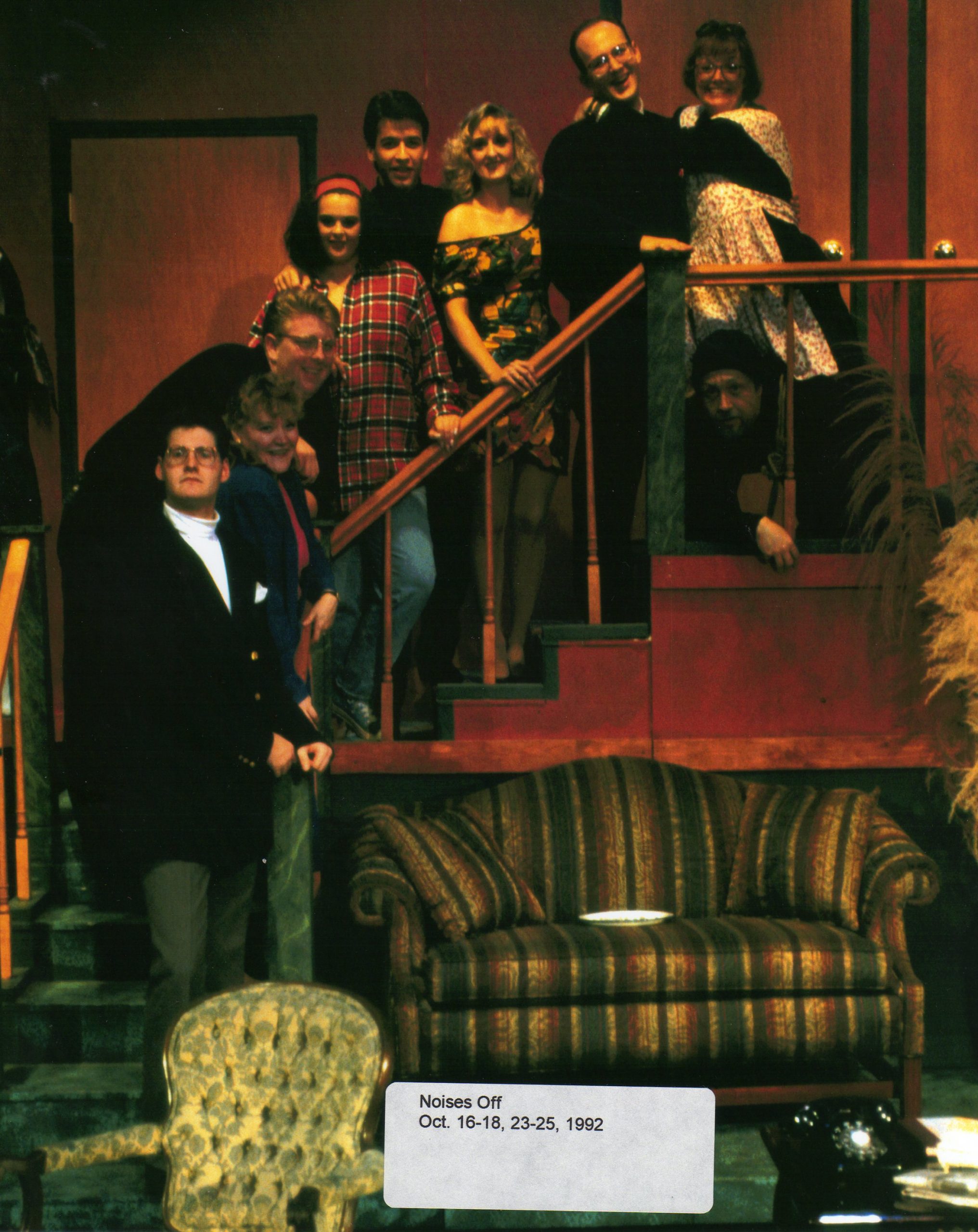 “Noises Off” is a play within a play. It is about an ambitious director and his troupe of mediocre actors. The cast and crew are putting together a silly sex comedy titled “Nothing On” – a single-set farce in which lovers frollic, doors slam, clothes are tossed away, and embarrassing hi-jinks ensue. The three acts of “Noises Off” expose different phases of that disastrous show: Act One: On stage during dress rehearsal; Act Two: Backstage during a matinee performance; Act Three: On stage during a delightfully ruined performance.

The second show of the season was the contemporary comedy-farce, “Noises Off.” Of particular interest was the huge, multi-door set which revolved to show the realities of life backstage, the “guts” of theatrical illusion. The show received high praise for the production. The set had to be rotated so that back stage and on stage action could take place in front of the audience. This process was accomplished twice in performance and once after the audience left in preparation for the next performance. The rotation crew received applause for their grunt work.

Dotty Otley/Mrs. Clacket in Noises On

Brooke Ashton/Vicki in Noises On

Frederick Fellowes/Philip Brent in Noises On

Belinda Blair/Flavia Brent in Noises On

Selsdon Mowbray/Burglar in Noises On

Lloyd Dallas/Director in Noises On