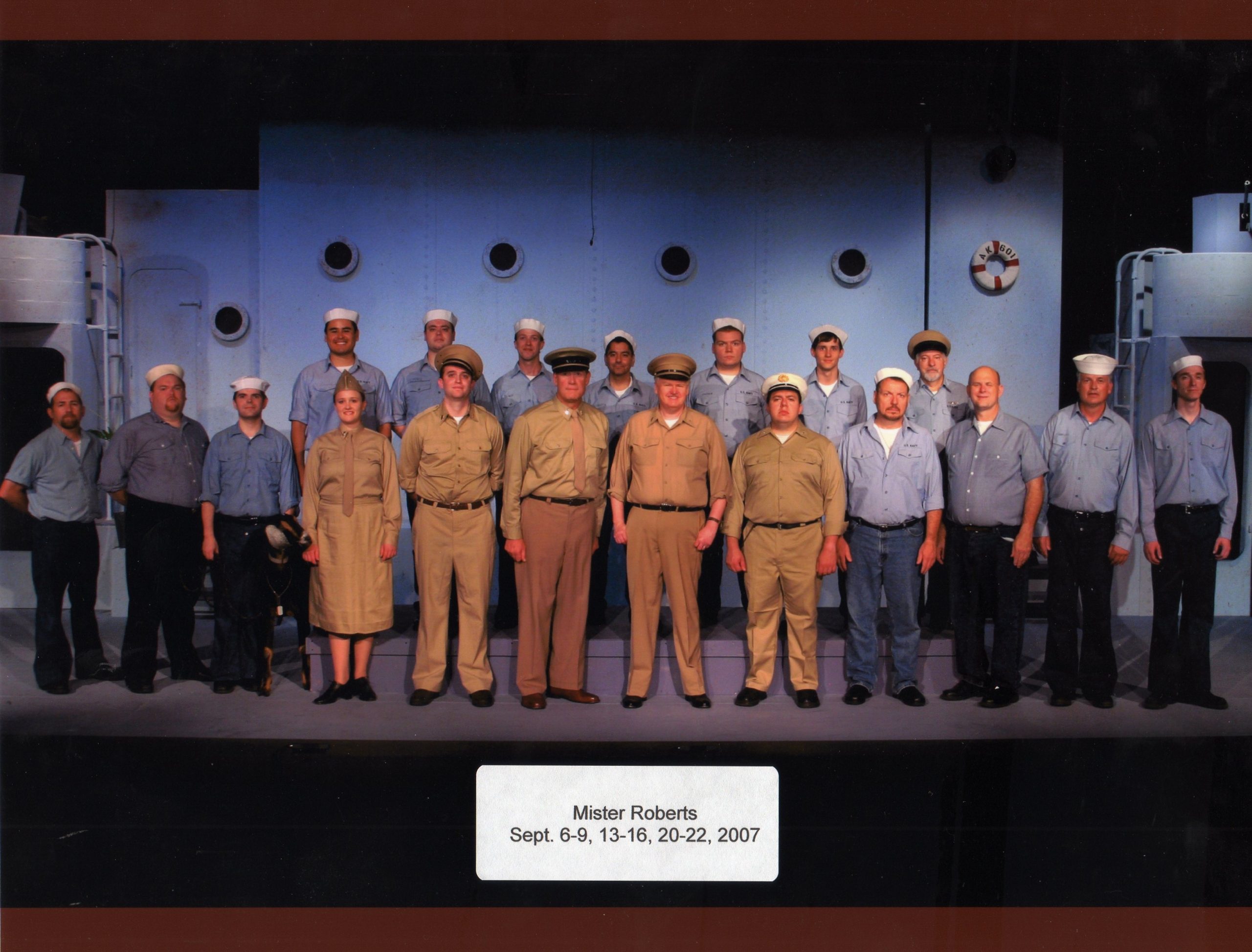 This rowdy, realistic saga of a group of American sailors aboard a Navy cargo vessel in the Pacific shows the crew suffering from the deadly boredom that is part of the routine of war. To the ship’s company, the Skipper is a cantankerous, small-minded man, and every one of them conspires against him as the ship pursued its runs from Apathy to Tedium and back again. They are on a cargo mission, so little else is going to happen. That Mr. Roberts, [a lieutenant] shared the crew’s dislike for the Captain was one reason for his popularity. Roberts joined the world to fight; he hates being inactive almost as much as he hates the Captain. Privy to the crew’s hijinks against the Skipper, Roberts still feels it’s his duty to retain some discipline. After winning many ingenious battles against the Skipper, Roberts at last wins himself a transfer to combat duty. It was this transfer that cost him his life on a destroyer off Japan.

“Mr. Roberts” opened the regular 85th Season at Community Players. During the rehearsal period, one evening was devoted to several cast members who had served in the U.S. Navy and and Air Force. Their job was to acquaint the cast with information on proper dress, military manners, and life on board a ship. The lobby was decorated with mementos of the World War II era; among the items were complete U.S. Wave and Red Cross uniforms. “Mr. Roberts” was first performed at Community Players to open the 1963-1964 Season.

There is a goat in the play, and so a goat babysitter was required. The goat’s favorite person to watch her was Zoe Mundy. Zoe would sit in the backstage area studying her Spanish lessons. The goat was the best behaved when helping Zoe study her Spanish.