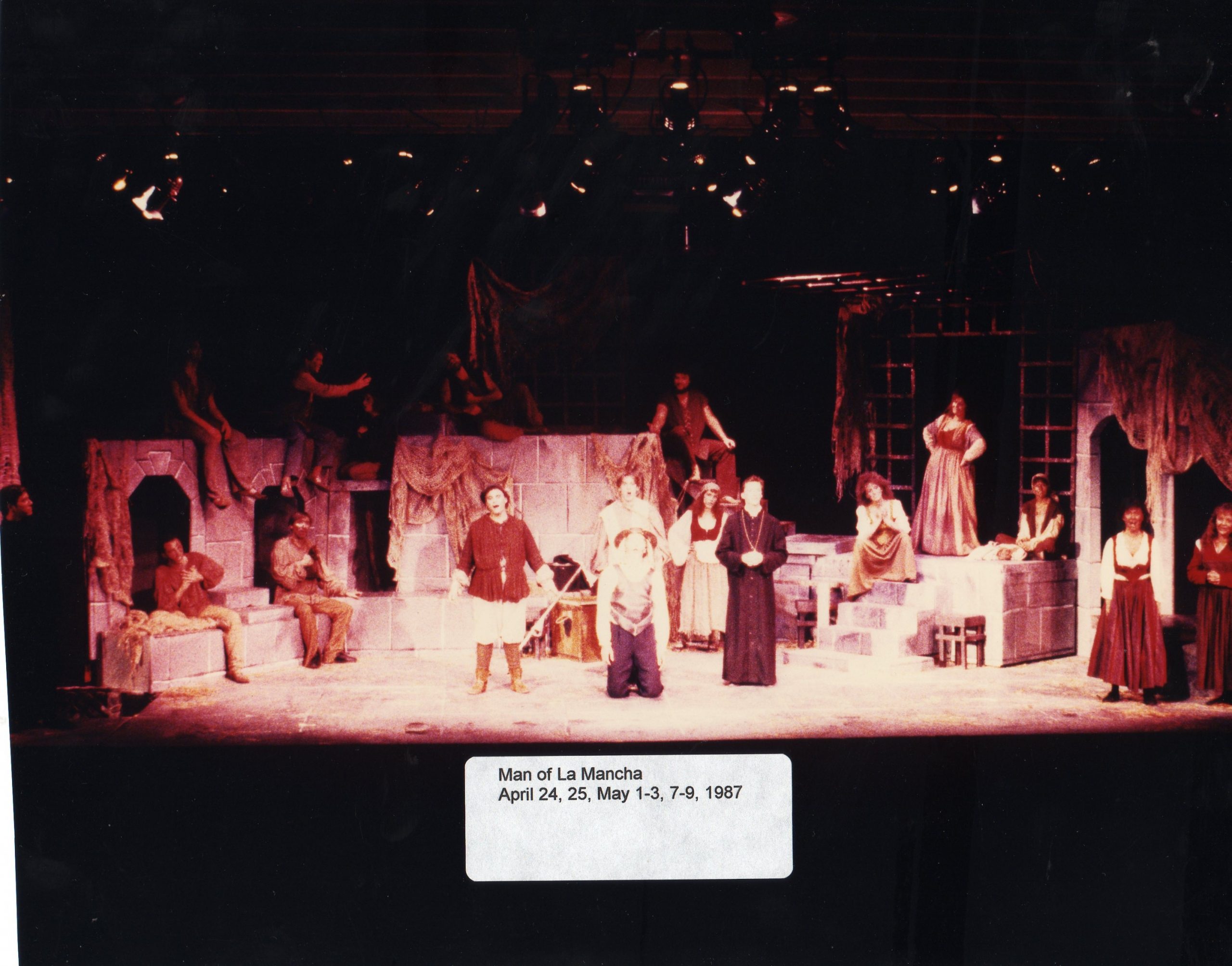 “Man of La Mancha” takes place in the late 16th century. Miguel de Cervantes (a tax collector, soldier, and author) and his assistant Sancho foreclose on a church that failed to pay its taxes. As a result, the two men are thrown into prison by the Spanish Inquisition. The other prisoners steal Cervantes’s possessions; however, he convinces them to allow him to win back a package of papers that would not be of value to other people. Pleading his case, Cervantes gives a dramatic defense by reenacting the story of Don Quixote of La Mancha: the passionate and poignant tale of a noble knight who lives in a world of madness and cannot see that chivalry has died. His holy quest is a mission of salvation to find compassion not for himself but for others. Don Quixote falls in love with the fair maiden, Aldonza (Dulcina), and convinces her to live a moral life. When Quixote is being knighted, the muleteers brutally assault Aldonza. Quixote and Sancho quickly come to Aldonza’s rescue but in the end, Quixote only preaches forgiveness. Next, Quixote fights off his darkest foe, the Enchanter. Moved by the story, the prisoners return Cervantes’ manuscript (which turns out to be his unfinished novel about Don Quixote) just before he is called before the Inquisition.

The final production of the 1986-1987 season was “Man of La Mancha.” The show was dedicated to memory of Alice Mulliken, who had passed away on March 5, 1987. Alice was a staunch supporter, participant, and friend to Community Players for many years. The show, performed without an intermission, was the first appearance for newcomers Gary Grimes, John Lieder, and Joe Penrod. The “Man of La Mancha” program included an announcement for the 1987-1988 season.