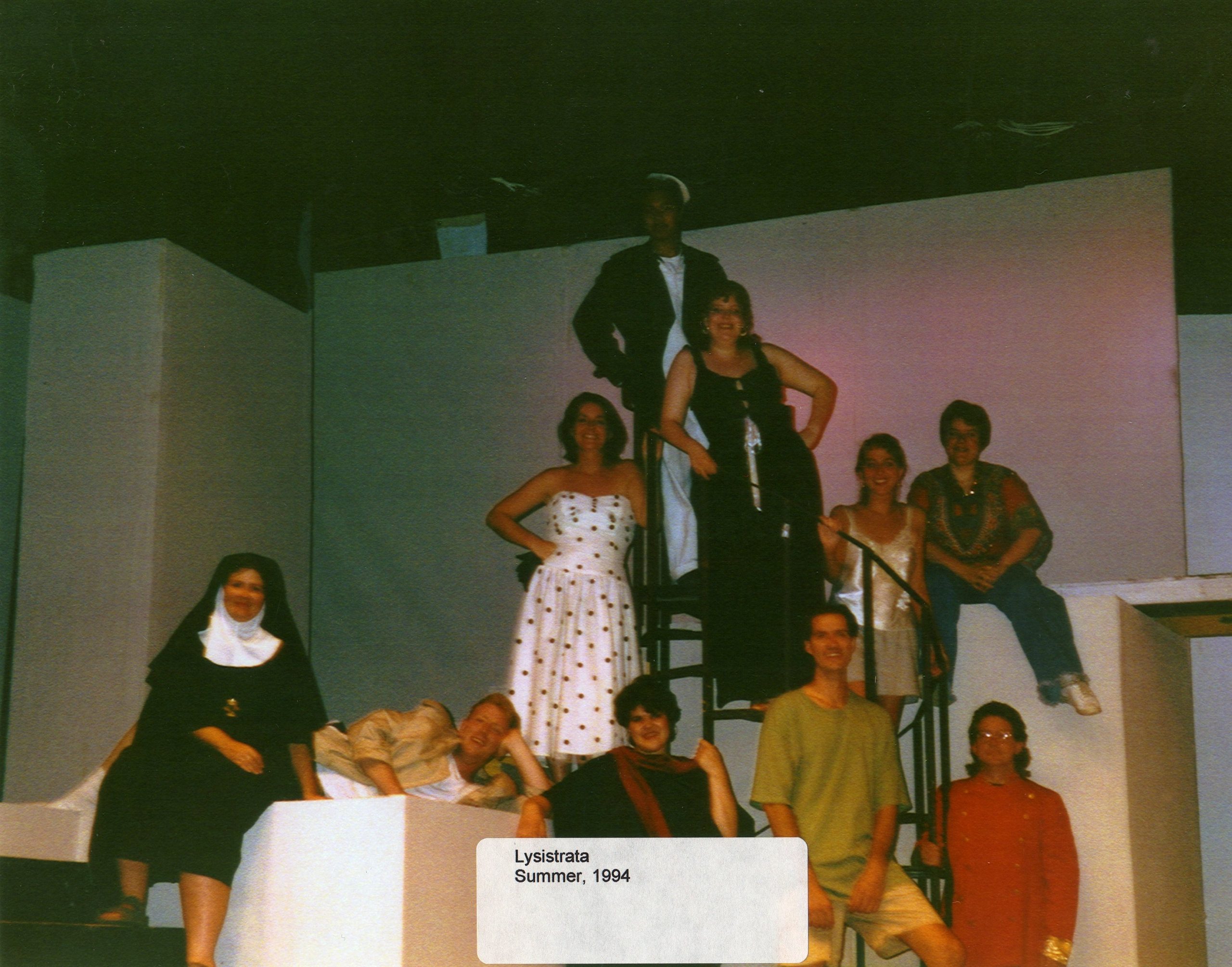 “Lysistrata,” a comedy by Aristophanes originally performed in classical Athens in 411 BC, is a comic account of one woman’s extraordinary mission to end the Peloponnesian War. Lysistrata persuades the women of Greece to withhold sexual privileges from their husbands and lovers as a means of forcing the men to negotiate peace — a strategy, however, that inflames the battle between the sexes. The play is notable for being an early exposé of sexual relations in a male-dominated society.

This 1994 workshops for adults used the Greek comedy “Lysistrata” to learn performance techniques. Excerpts were presented to small audiences in July. There were three performances. The construction of the set to be used for “Oliver!” was used for the ancient Greek comedy.