Winner of the 1991 Pulitzer Prize for Drama and the Tony Award for Best Play, “Lost in Yonkers” centers on brothers Jay and Arty, who are left in the care of their domineering Grandma Kurnitz and warm-hearted Aunt Bella while their father goes on the road as a traveling salesman.

The opening play of the 87th Season at Community Players was “Lost in Yonkers.” This show saw the directorial debut of Opal Virtue. The reviewer praised the ensemble’s acting and the pacing of the story. This Neil Simon play was not just a comedy or a serious drama but had elements of both styles of writing. There was a theater survey included with the program designed to learn what out patrons enjoyed and what they would like to see in the future and how they learned about Community Players. 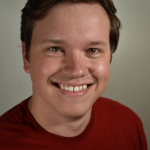