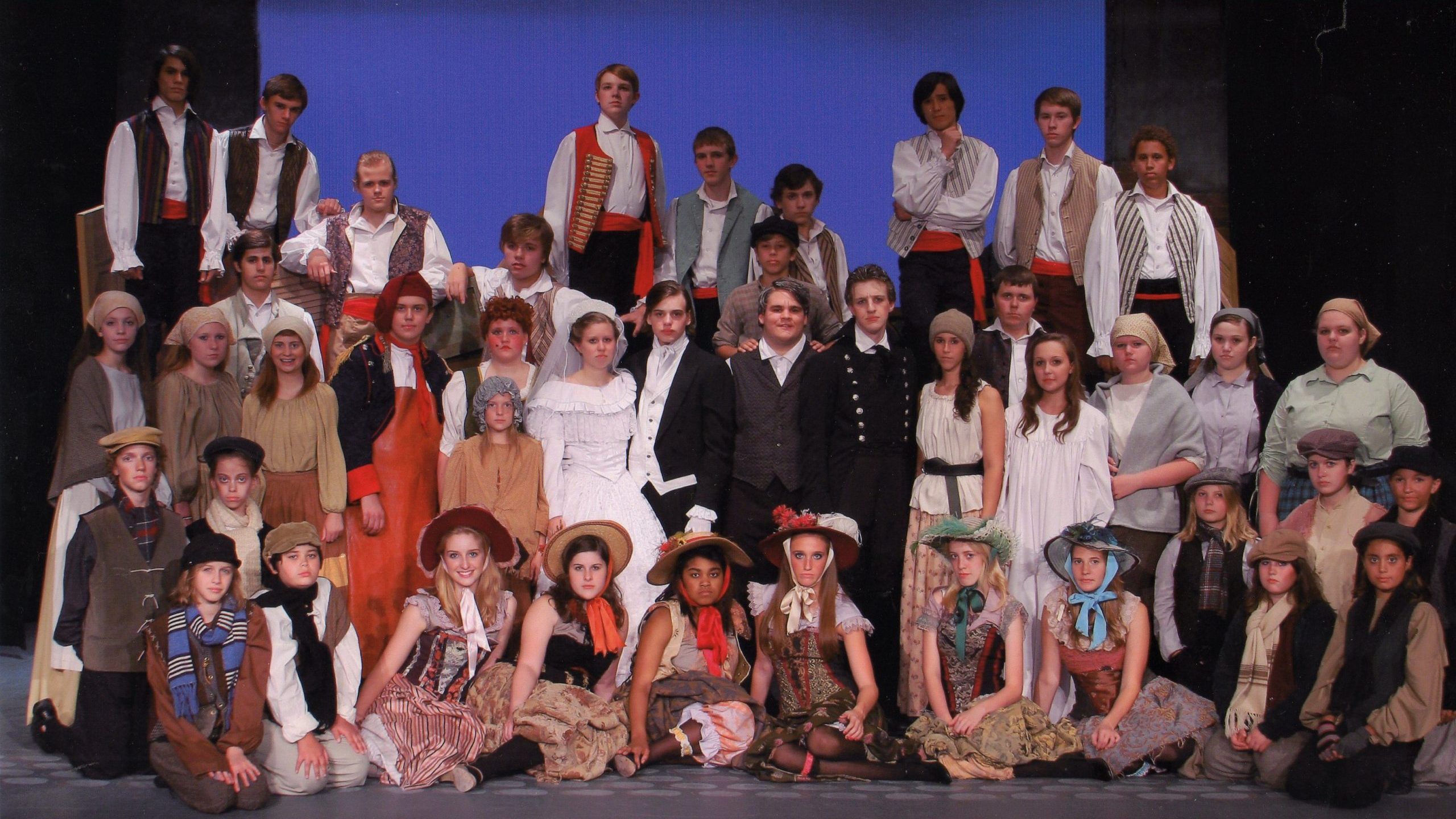 In 19th century France, Jean Valjean is released from 19 years of unjust imprisonment but finds nothing in store for him except mistrust and mistreatment. He breaks his parole in hopes of starting a new life, initiating a life-long struggle for redemption as he is relentlessly pursued by police inspector Javert, who refuses to believe Valjean can change his ways. Finally, during the Paris student uprising of 1832, Javert must confront his beliefs after Valjean spares his life and saves one of the student revolutionaries who has captured the heart of Valjean’s adopted daughter. His world-view shattered, Javert commits suicide, and Valjean at last attains the peace he has sought for so long.

The 87th Season at Community Players was called “A Season of Firsts.” The title refers to the fact that none of the shows selected for the season had been performed before at Players.

The Theatre For Young People/Fundraiser was the High School Edition of the award winning musical “Les Miz.” It had a cast of 43 students from the Bloomington-Normal area. The fundraiser collected $1,100 through a raffle. The two Grand Prizes, which included Park Hopper Passes to Disney World and airline tickets from Allegiant Air, were awarded at the intermission of the last performance. There were also winning gift certificates from local merchants.