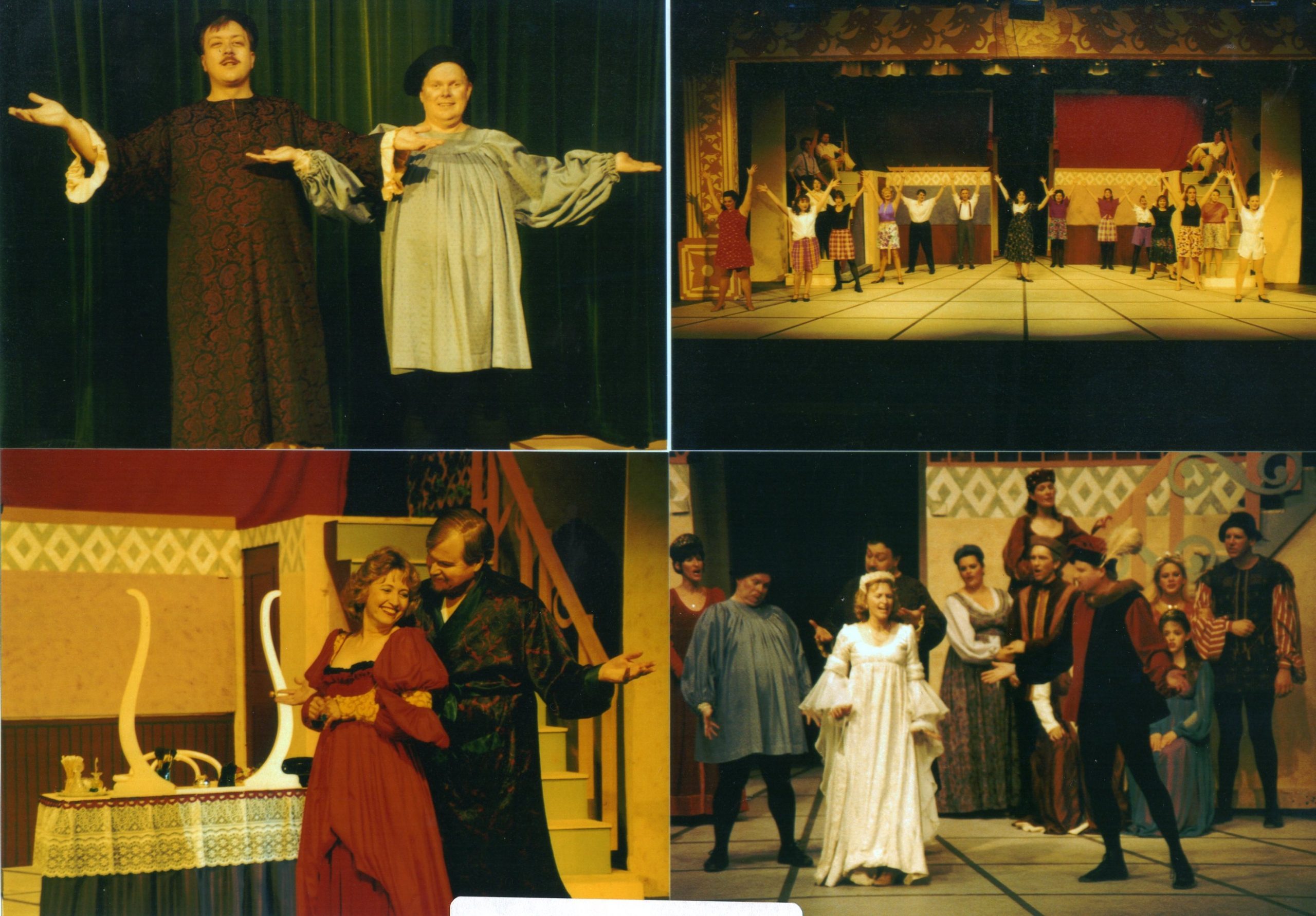 A company of actors are rehearsing for a new musical production of Shakespeare’s “The Taming of the Shrew” and sing about the drama of life as a performer. Fred Graham, the show’s producer, director and leading man, is playing opposite his ex-wife Lilli Vanessi, the movie star. The pair are forever arguing, and Lilli is jealous of Fred who is pursuing the younger actress Lois Lane. Lois’s boyfriend Bill is a gambler and frequently misses rehearsals. He has racked up multiple debts and has signed an IOU in Fred’s name for $10,000.

Backstage, Lilli shows off her engagement ring to the rest of the company and reminds Fred it is the anniversary of their divorce. Gangster show up to demand the money out of Fred who doesn’t understand what they are talking about, so they agree to come back after the show.

As the performance begins, we see the beginning of the musical as Petrucio (Fred) wants to marry Kate (Lilli) but she has no intention of getting married. Despite his efforts to woo her, she refuses. and marches on-stage to hit Fred mid performances. She threatens to leave the show, but Fred convinces her to stay so he can pay off the $10,000 gambling debt Bill has left him with. As the show continues on-stage we see Petrucio and Kate’s wedding, with the gangsters now in place to make sure that Lilli doesn’t leave the stage. Petrucio tells Kate to kiss him, but Lilli refuses and he carries her off as she beats him.

The second act opens during the intermission from the performance outside of the theatre. The cast and crew lament the heat and break out into a wild dance routine. As the play then continues, Petruchio attempts to tame Kate on-stage whilst backstage Lilli’s fiancé has turned up and Lois recognises him as a past lover. Bill is upset, but Lilli tells him that she will always be faithful in her own special way. Bill tells Lilli how dull her life will be with her new fiancé. Meanwhile, the gangsters realise that their boss has been killed so the IOU is no longer valid. They are caught on-stage in costume and deliver a rousing tribute to Shakespeare in their own special way. The conclusion of the play then takes place at the wedding of Bianca and Lucentio. Lilli arrives on-stage to deliver Kate’s final speech and reconciles with Fred as the curtain falls.

Music and Lyrics by Cole Porter, Book by Sam and Bella Spewack