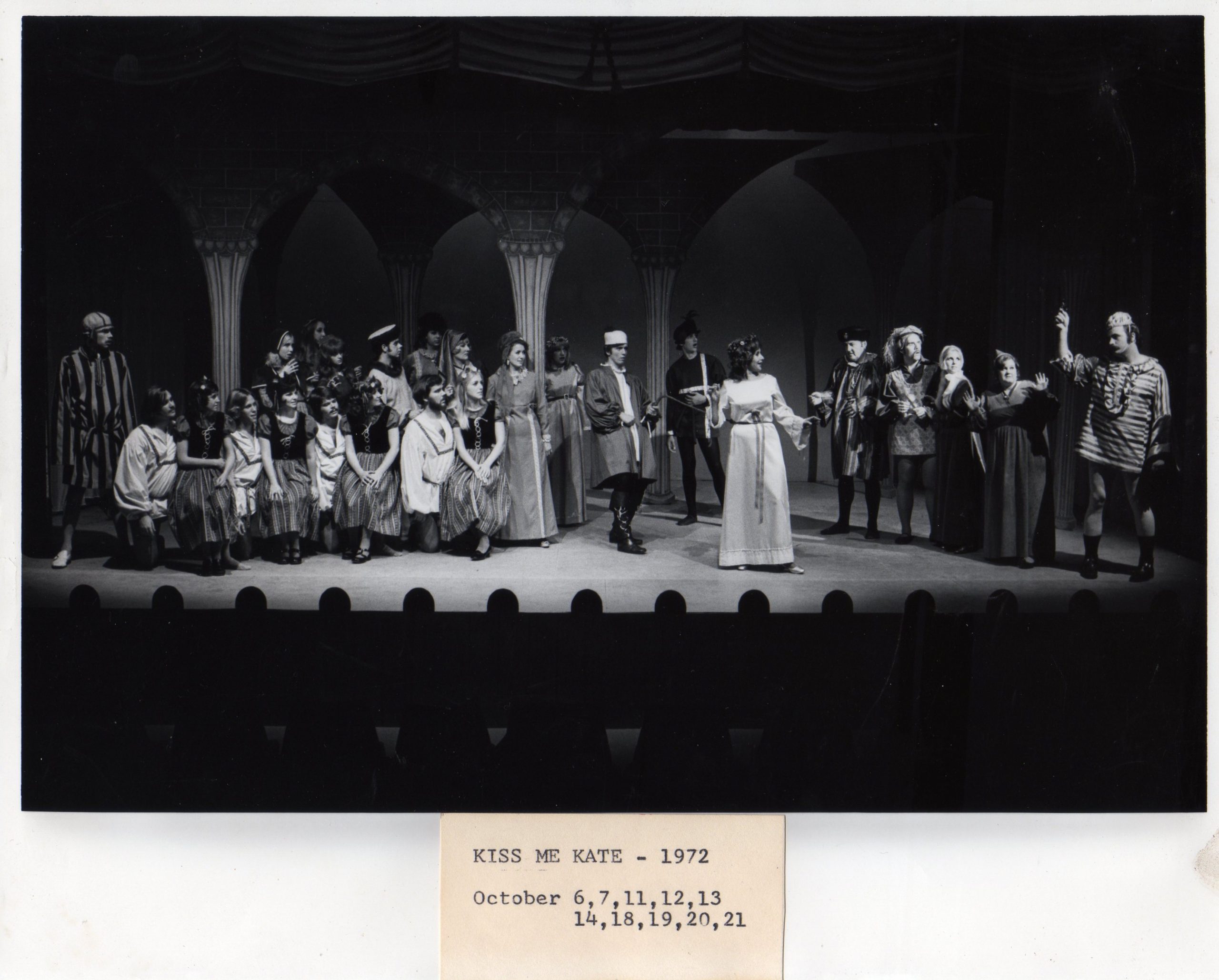 “Kiss Me Kate’ involves the production of a musical version of Shakespeare’s “The Taming of the Shrew” and the conflict on and off stage between Fred Graham, the show’s director, producer and star, and his ex-wife Lilli Vanessi. A secondary romance concerns Lois Lane, the actress playing Bianca, and her gambling boyfriend, Bill, who runs afoul with some gangsters.

The 1972-1973 season had a new look to the program for “Kiss Me Kate.” After several seasons of not reminding patrons of the season that was being presented, the 1972-1973 season program announced that Players was presenting the 49th Season, “Have We Got A Season For You.” Also returning for the 1972-1973 Season programs was the reintroduction of the director’s picture along with their biographies. For the First time since “Show Boat,” the Producer’s photo and biography were also included. The director’s photo had been discontinued with the 1969-1970 Season.

At this point in Players’ history that a counting error was made. A couple of the more vocal board members believed that there had been no presentations given during the 1959-1960 Season, and changed the season number. It was later discovered, however, that during the 1959-1960 Season, a number of memberships tickets had been sold, a fashion show fundraiser held to obtain funds for the building fund for what would become the Robinhood Lane theater, and Players staged a one act dinner theater presentation of a classic ‘Mellerdrammer’ which included featured songs and dances of the period. This omission of a season was not corrected until the publication of the 75th season booklet in 1997.

The Daily Pantagraph had a three photo article on the upcoming musical, “Kiss Me Kate” that devoted space to the numerous Shakespearean costumes that had to be sewn, along with a need for an elaborate set that used six double-sided platforms to denote various scenes in the play.