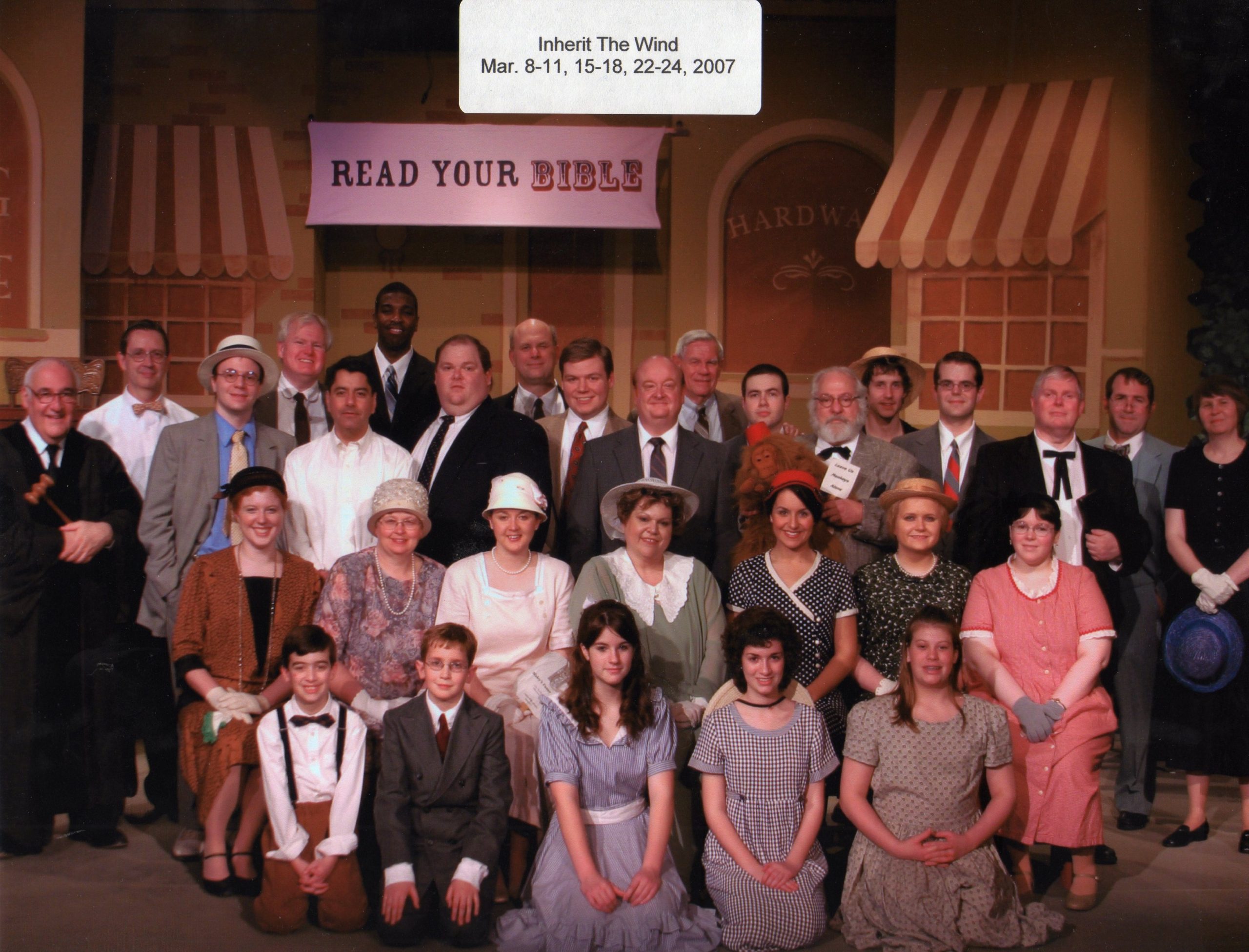 This courtroom drama is based on the 1925 Scopes “Monkey Trial” in which a Tennessee teacher was charged with teaching that man evolved from apes, instead of state-mandated Creationism. The drama contains a powerful confrontation between a character based on William Jennings Bryan, who believes only what he reads in the Bible, and another based on Clarence Darrow, who defends science and open intellectual inquiry.

“Inherit The Wind” was well-received by both the reviewer and the audiences. Each show, the jury for the courtroom scene included members of the audience along with three or four jurors who remained the same. Reduced prices for area high school students were offered during the run of the show. “Inherit the Wind” was first performed at Community Players during the 1979-1980 Season. Both Community Players’ versions of this historic drama were highly successful.