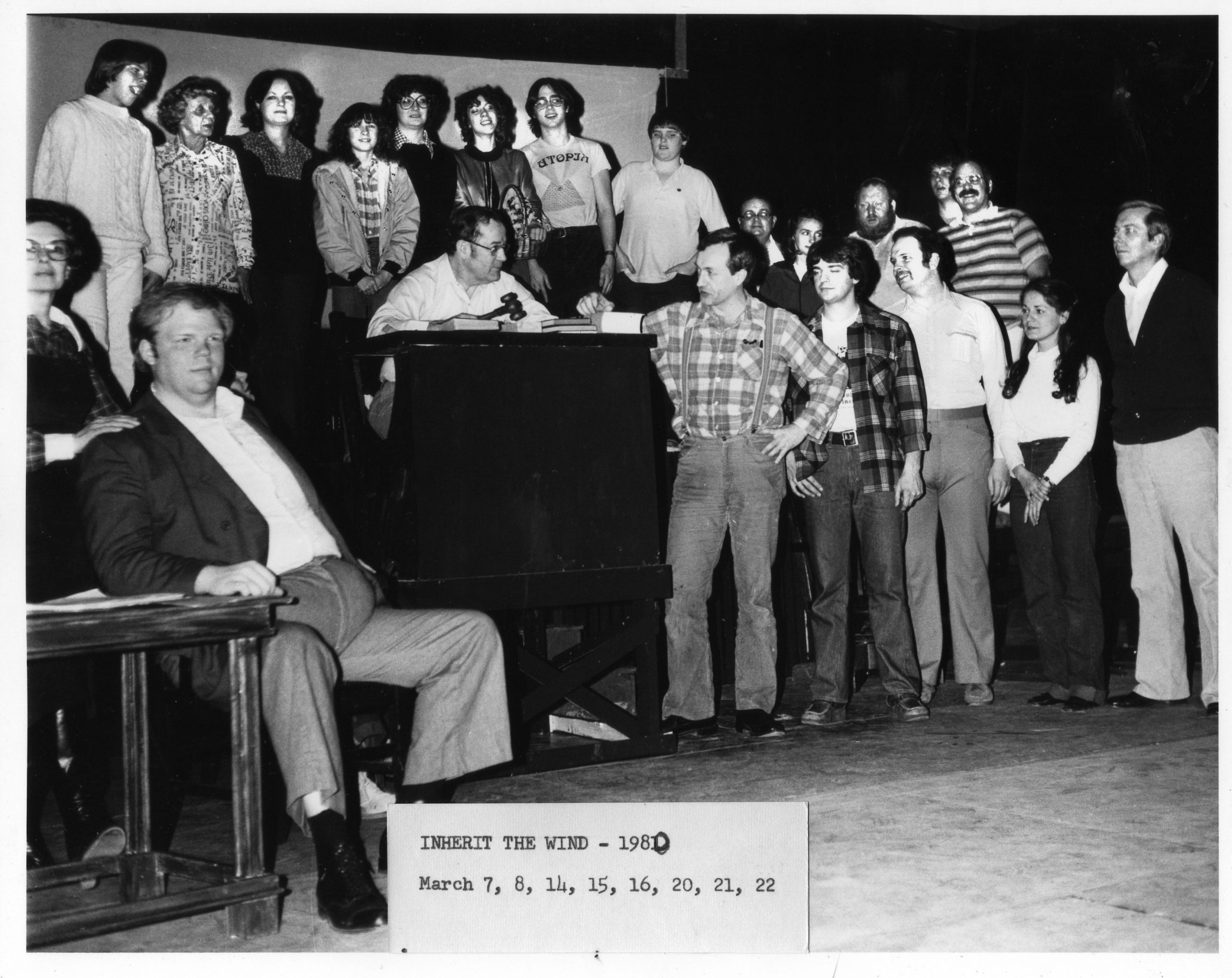 This courtroom drama is based on the 1925 “Scopes Monkey Trial” in which a Tennessee teacher was charged with teaching that man evolved from apes, instead of teaching the state-mandated Creationism. The drama contains a powerful confrontation between a character based on William Jennings Bryan, who believes only what he reads in the Bible, and another based on Clarence Darrow, who defends science and open intellectual inquiry.

“Inherit the Wind” would be the only show that Bob Romeo would direct for Community Players. Bob had appeared on stage for several past shows, including playing Henry Higgins in last season’s “My Fair Lady.” Bob was an assistant professor of theater at Illinois state University. He had won the Irene Ryan Region VIII acting award for his role in the ISU production of “Dust Summer.” Both Ron Zielinski and Phil Shaw received high praise for their work as Henry Drummond and Matthew Harrison Brady. The reviewer spoke highly of the entire production and continued to encourage Players to produce one drama per season. The Annual Awards Program and Banquet was announced for June 7, 1980. Ticket sales would close on May 30th. Voting for actors, productions and costumers would occur during the run of the closing show of the season “The Music Man.”