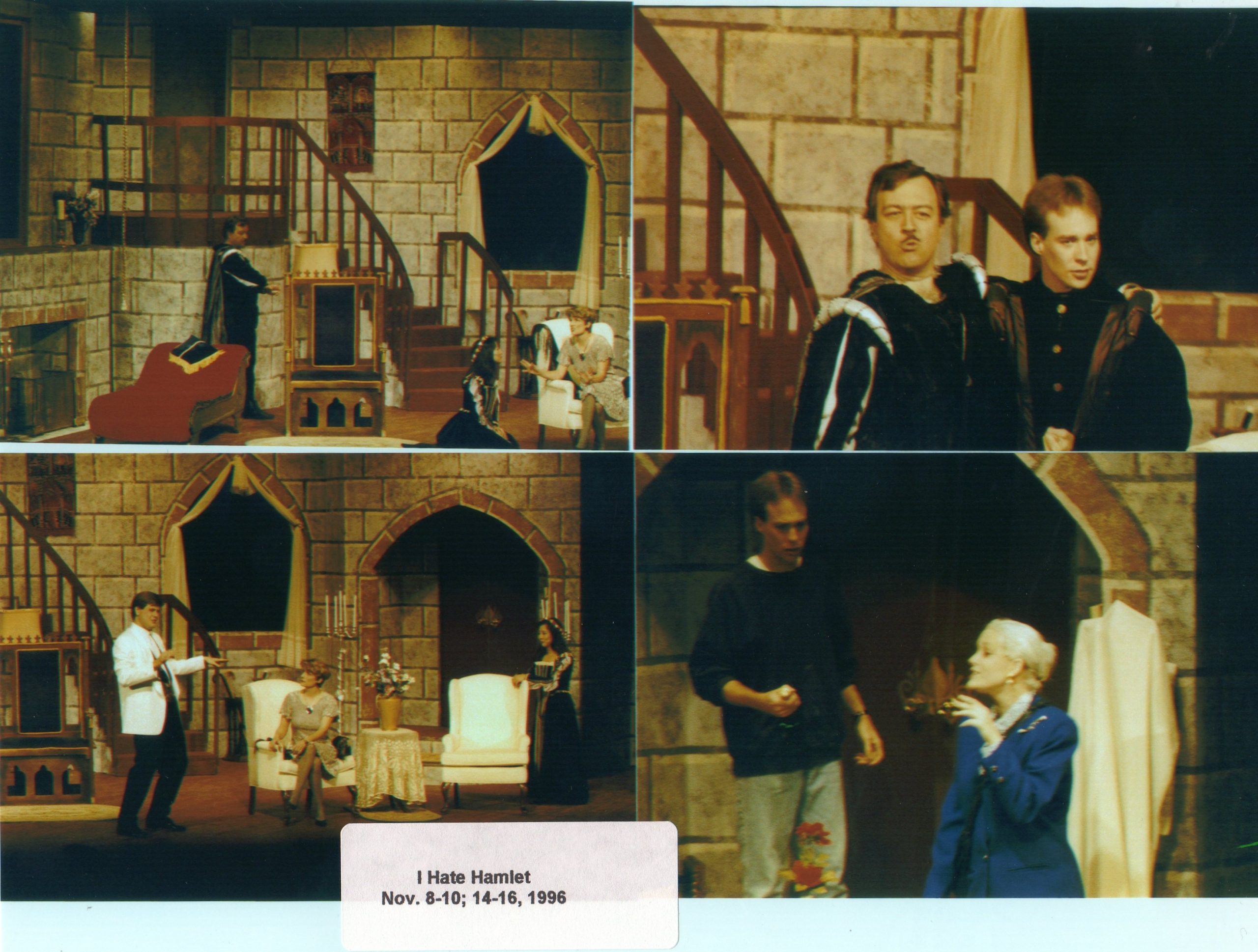 Andrew Rally seems to have it all: celebrity and acclaim from his starring role in a hit television series, a rich, beautiful girlfriend, a glamorous, devoted agent, the perfect New York apartment, and the chance to play Hamlet in Central Park. There are, however, a couple of glitches in paradise. Andrew’s series has been canceled; his girlfriend is clinging to her virginity with unyielding conviction; and he has no desire to play Hamlet. When Andrew’s agent visits him, she reminisces about her brief romance with John Barrymore many years ago in Andrew’s apartment. This prompts a seance to summon his ghost. From the moment Barrymore returns, dressed in high Shakespearean garb, Andrew’s life is no longer his own. Barrymore, fortified by champagne and ego, presses Andrew to accept the part and fulfill his actor’s destiny. The action becomes even more hilarious with the entrance of Andrew’s deal-making friend from LA, spouting laid-back, West Coast hype and offering Andrew a fabulous new TV deal worth millions. The laughs are nonstop as Andrew wrestles with his conscience, Barrymore, his sword, and the fact that he fails as Hamlet in Central Park.

The second show of the season was the contemporary comedy “I Hate Hamlet.” The show received very good reviews and was a success for audiences. This production featured a return to the director’s chair by James Keeran. Jim had last directed “Into the Woods” in 1992. Summer Snow was a newcomer to Players, while the rest of the cast were Players’ veterans. Chris Terven designed a multi-level set, with a large circular stairway and secret passages over the fireplace.