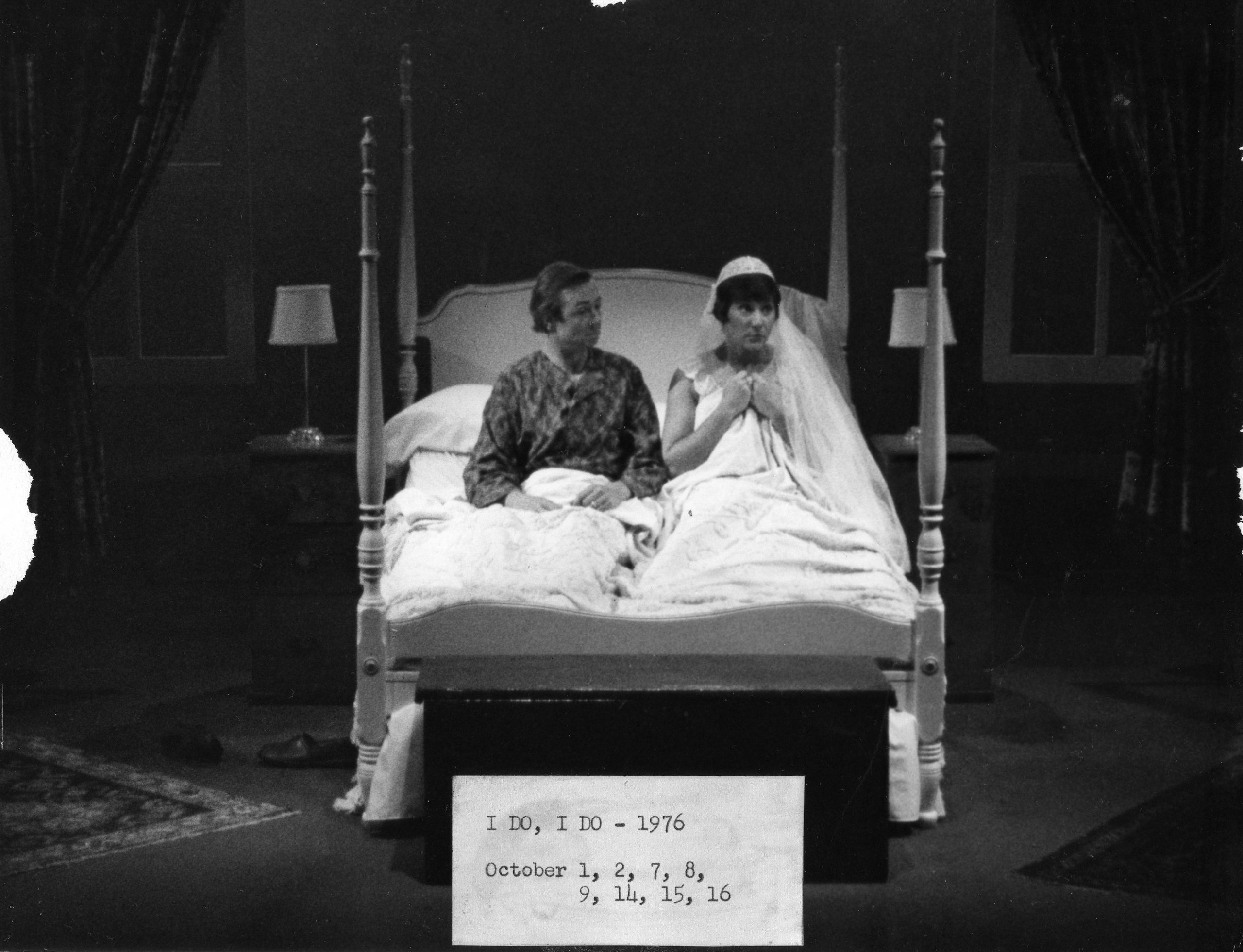 The story of a marriage is at the center of “I Do! I Do!” The show begins with Michael and Agnes on their wedding day. Their vows behind them, they look forward to spending the rest of their lives together. We watch as they go through their wedding night jitters, raise a family, and negotiate mid-life crises. Michael eventually admits to his infidelity, and although Agnes is angered by his actions, she forgives him, and the couple reconciles. They re-discover how much they really need each other. Then, after 50 years of marriage, the couple leaves their house to the next pair of newlyweds.

In a letter to season ticket holders, Marilyn Geskey, the new President of Community Players, announced that over the summer, the theater had to put in a new lighting board at a cost of $12,000.00. A plea for financial help from members both past and present, was sent out with season ticket requests.

The opening show for the 1976-1977 season was the musical “I Do! I Do!” It was the first time that Community Players had offered two musicals in one season. Chuck Morrill was going to do double duty as both the acting director and the musical director with Neil Cobb as the producer. It became necessary, however, for Chuck to play the part of Michael and to continue as the musical director. Neil Cobb then added the job of acting director to his producer duties. The musical was well-received in it’s eight performance run. Both Sandy Dralle and Chuck Morrill were praised for their yeomen’s work in this two person musical.