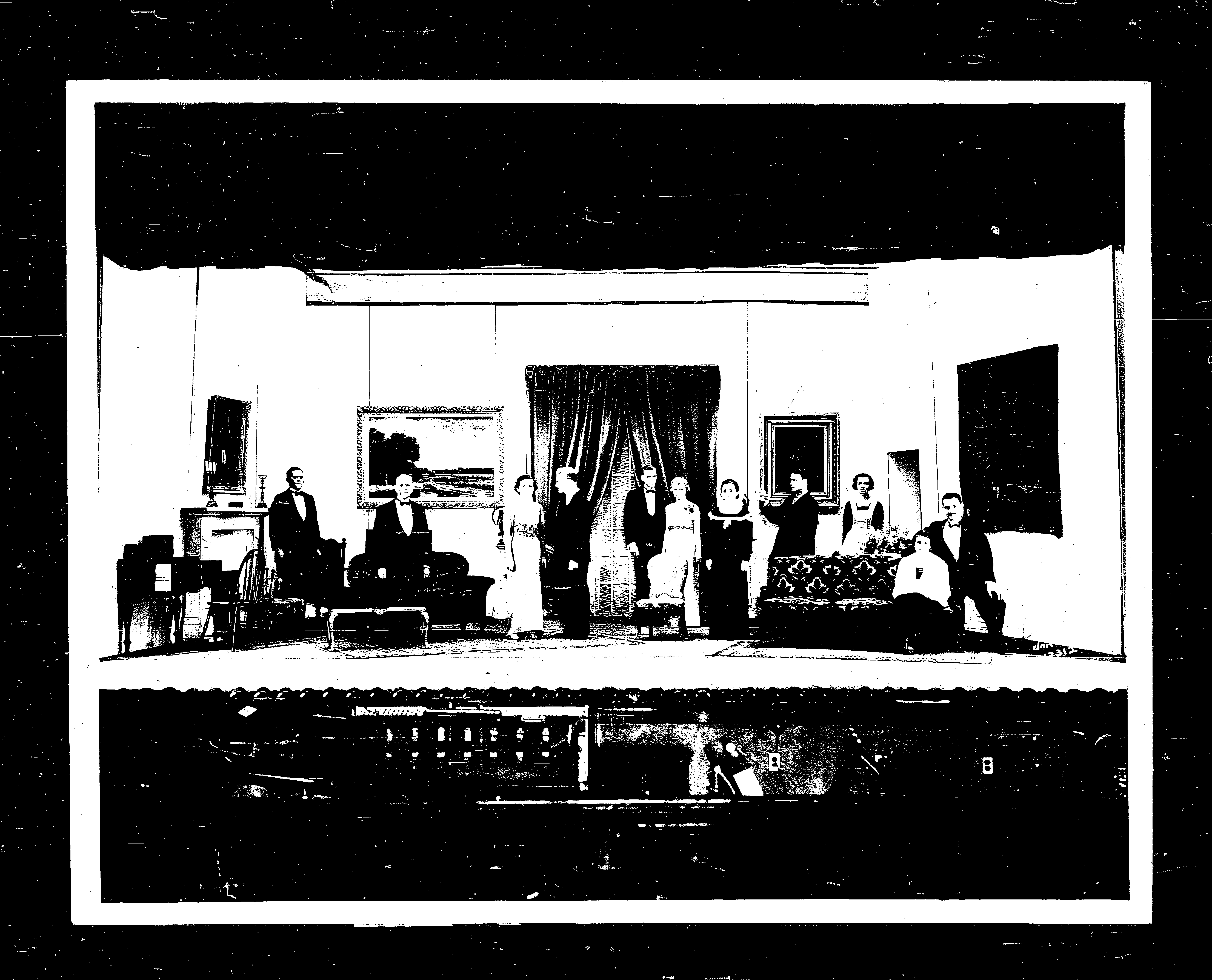 Johnny Case, a young man who has worked hard to become successful, meets Julia Seton during a brief vacation. They become engaged, and Johnny is brought home to meet the rest of the prominent Seton family who have a long history in banking and business. Julia, certainly her father’s daughter, introduces Johnny to Edward Seton, patriarch of the family. Seton is amenable to the match as long as Johnny continues in business after the marriage, but Johnny has a surprise for them all. He’s decided that because he’s worked so hard he deserves a holiday, something neither Julia nor Mr. Seton understand. Enter Linda, Julia’s older and less-conforming sister who does understand Johnny and his fear of becoming a stuffed shirt like other Wall Street bankers and businessmen. As Julia becomes more and more intractable, Johnny eventually realizes that Linda is the sister he really loves.

“Holiday” was the fifth production that season, and ticket sales for the show exceeded Players’ expectations. The production was co-directed by Mrs. DeWitt C. Wing (formerly Miss Constance Coen), who was well-known for her local dramatic work and Mrs. Mildred Brown, who gained dramatic experience both in England as well as America. In a surprising and innovative move during the play, the curtain was left open at the intermission while the set was changed. This was done to acquaint the audiences with “stage work.”