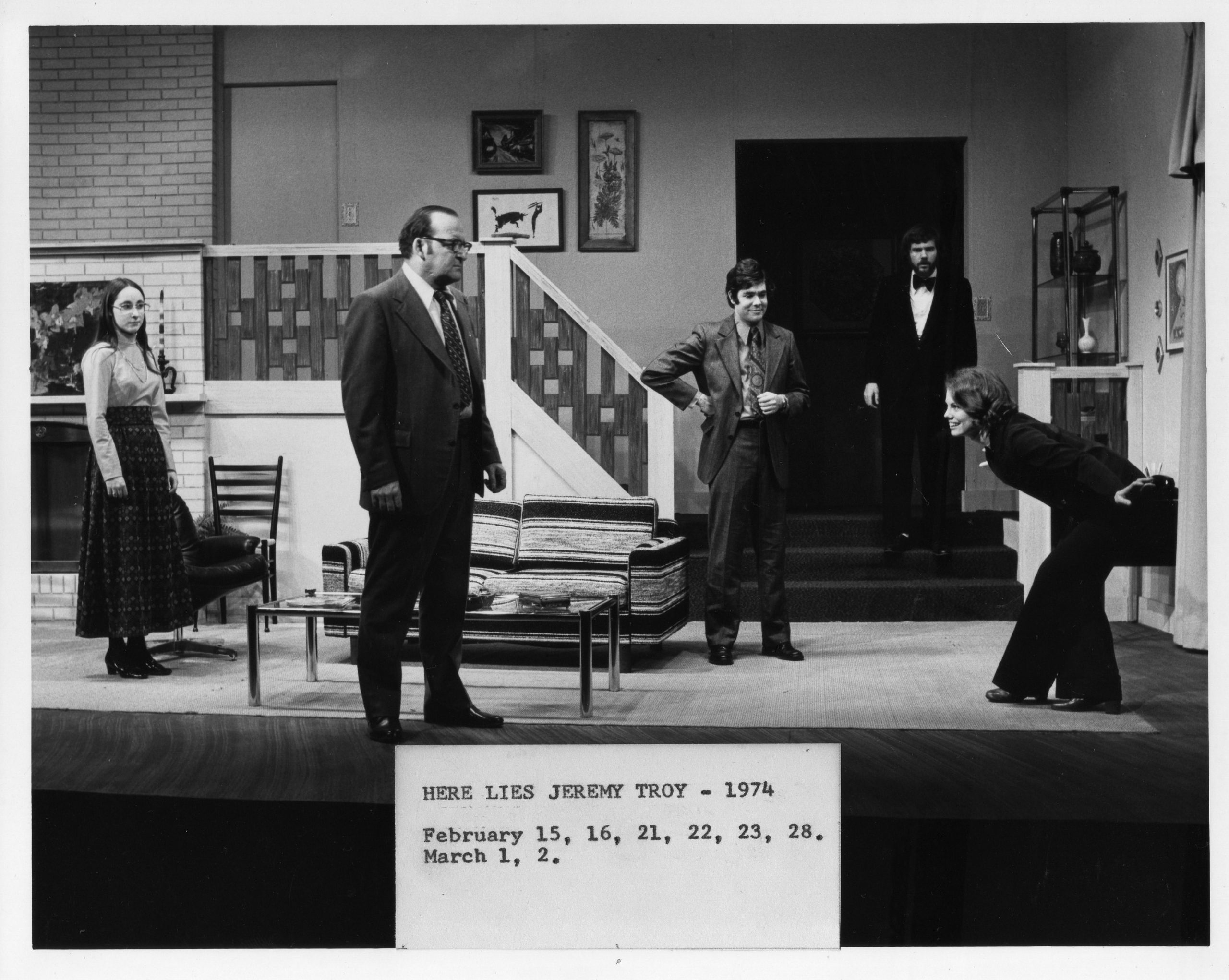 A law clerk, Jeremy Troy, is up for a partnership. He is visited by an old school chum, Charlie Bickle, who lives by sponging off of his old classmates. Charlie blackmails Jeremy into putting Charlie up on the very night his boss is coming for dinner, whereupon Jeremy’s wife leaves. Charlie, the sponge, discovers that Jeremy’s degree is a fraud. A model is hired to play the wife’s part, but she is a dumb beauty whose attempts to help backfire. More trouble erupts when the wife returns. Fortunately, the boss thinks that such a devious man would make a great lawyer.

By the opening of “Here Lies Jeremy Troy,” Players’ membership had risen to 1,497, a number that reflected a season loss of 287 members from the 1972-1973 Season. The Box Office Chairman noted that the first three shows of the season had a decreasing number of honoring season tickets per show. “Promises, Promises” honored 1,445; while “Here Lies Jeremy troy,” only honored 1,289.

Players, thinking the new addition to the original building could be heated from the upstairs furnaces found that they now needed to place two large furnaces into the basement area at a cost of $990.00. On a historical note, the furnaces in the basement lasted until 2012 when they were finally replaced at a cost of over $30,000. It took three furnaces to replace the two old ones. The shop blowers, which had been in place since 1973, also had to be replaced.

It now appeared that no extra celebration of the 50th season would be held. There no celebration listed in the program after it had been earlier rescheduled from the fall to the springtime. The traditional end of year meeting and picnic, scheduled for June 11, 1974, appeared to be the only celebration for the season.