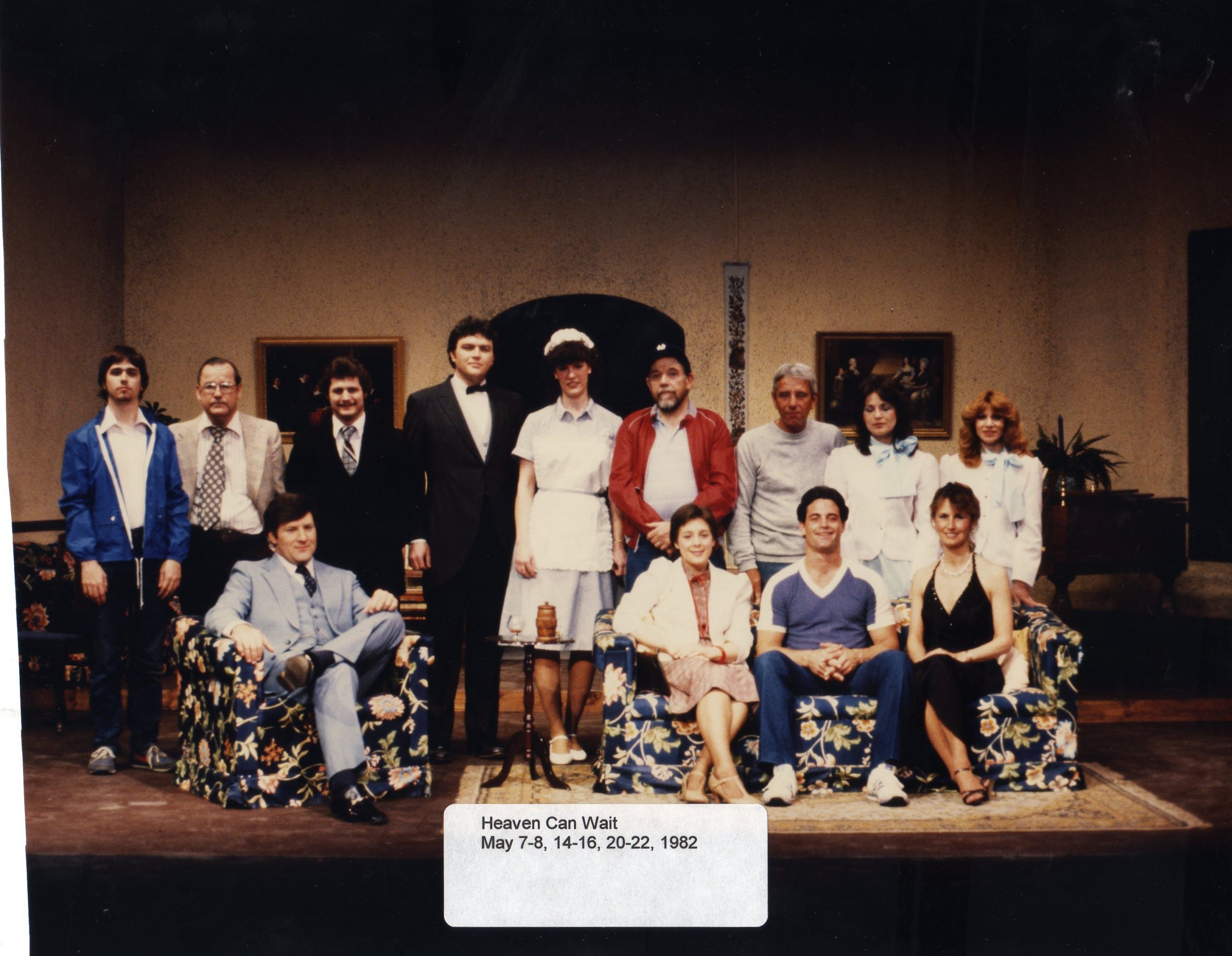 Mr. Jordan is checking passengers who are to depart in an airplane for the Hereafter. The routine is interrupted by the arrival of Joe Pendleton, an attractive prizefighter, who refuses to admit he is dead and induces Jordan to look up the “records,” which reveal that Joe is not scheduled to arrive for another 60 years! But, as Joe starts to return to earth to continue his fighting, word reaches Heaven that Max Levene, Joe’s manager, thinking he had been killed, had Joe’s body cremated, and Joe has no body to return to. Jordan promises to find Joe another body and is informed that the wealthy Jonathan Farnsworth is about to be murdered by his wife. So Joe suddenly finds himself in the home of the financier, visible as Joe to the audience but apparently as Farnsworth to Mrs. Farnsworth, and the cast. The comedy begins when the pompous “Farnsworth” unaccountably goes into training as a fighter. In addition, “Farnsworth” decides to share his wealth and right the wrong “he” did to charming Bette Logan’s father. Bette, having despised Farnsworth, finds herself falling in love with him and he with her. Just as Joe (still in Farnsworth’s body) is about to get a chance to become a fighter, Jordan reports that Farnsworth does not approve of Joe’s treatment of his body (and money) and is raising a fuss to have it back. While deciding on another body for Joe, Jordan receives a flash that K.O. Murdock, the champion, has been mysteriously shot. As K.O. is about to be counted out Jordan transfers Joe’s spirit into the body of K.O. in time to have K.O. remain champ. There are still problems to be straightened out when Joe really becomes Murdock and loses memory of his previous existence—including Bette. Fortunately they meet and fall in love again—and Mr. Jordan is free to head for the Hereafter, his earthly task accomplished.

Television certainly had an impact on the last production of the season “Heaven Can Wait.” Jerry Giesler, news reporter, was slated to direct the fantasy-comedy, but he was moved, three days before auditions, to an evening newscast on WEEK-TV. Bruce Parrish, who had just directed “A Funny Thing Happened On The Way To The Forum” took over. “Heaven Can Wait” saw the return of actor Dan Gehrt. Dan Gehrt was a past president, trustee, producer and actor, whose last production for Players had been 1973’s “What Did We Do Wrong?” Mary Mattern, who had been the rehearsal pianist for the season’s two musicals, wanted to try her hand at being in a show. Mary played the part of Susie, the maid. Coming into the theater before the start of the final weekend, Mary wanted to let Bruce Parrish, the director, know that she had an illness that would not allow her to go on stage. So, the director sent her home telling her not to worry and took over her part for the weekend. In less than a half hour before showtime, having gone home to get a suit, Bruce was ready to go on as the upstairs gentleman’s gentleman, in place of a maid. The show was both a critical and financial success, thus closing out the 1981-1982 season. The recognition Banquet was held on June 5, 1982 at the Ramada Inn.