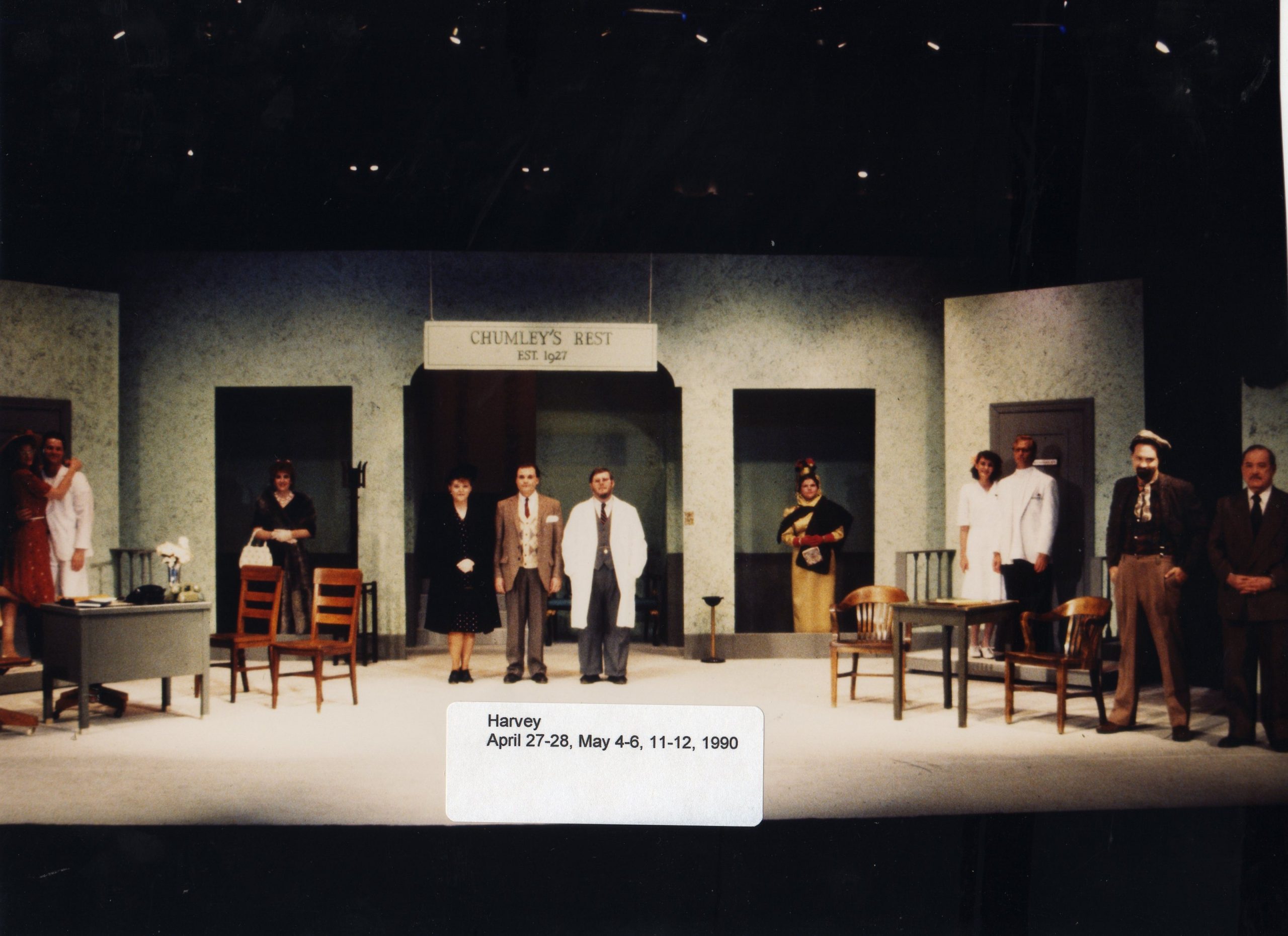 When Elwood P. Dowd starts to introduce his imaginary friend Harvey, a six-and-a-half-foot rabbit, to guests at a society party, his sister, Veta has seen as much of his eccentric behavior as she can tolerate. She decides to have him committed to a sanitarium to spare her daughter, Myrtle Mae and their family from future embarrassment. Problems arise, however, when Veta herself is mistakenly assumed to be on the verge of lunacy when she explains to doctors that years of living with Elwood’s hallucination have caused her to see Harvey also! The doctors commit Veta instead of Elwood, but when the truth comes out, the search is on for Elwood and his invisible companion. When he shows up at the sanitarium looking for his lost friend Harvey, it seems that the mild-mannered Elwood’s delusion has had a strange influence on more than one of the doctors. Only at the end does Veta realize that maybe Harvey isn’t so bad after all.

“Harvey,” was first performed at Community Players as the closing show of the 1951-1952 season. This closing production of the 1989-1990 season was sponsored by the Beernuts Company. Longtime Players board member and past president, Larry Connolly, who was also known around town as a baseball announcer for various groups, worked with Beenuts to gain the sponsorship.

In one memorable performance of the show, Dave Krostal, playing Dr. Sanderson had a shoe mishap. The sole of his shoe came loose during performance and the audience lost it as Dave finished the act with his shoe flapping with every step he took on stage. Both duct tape and hot melt glue failed to fix his shoe. Dave borrowed another’s actor’s shoe. But on stage, he quickly realized that this shoe was too large, so he appeared to shuffle along the stage. The costumer quickly found a replacement for the rest of the run.