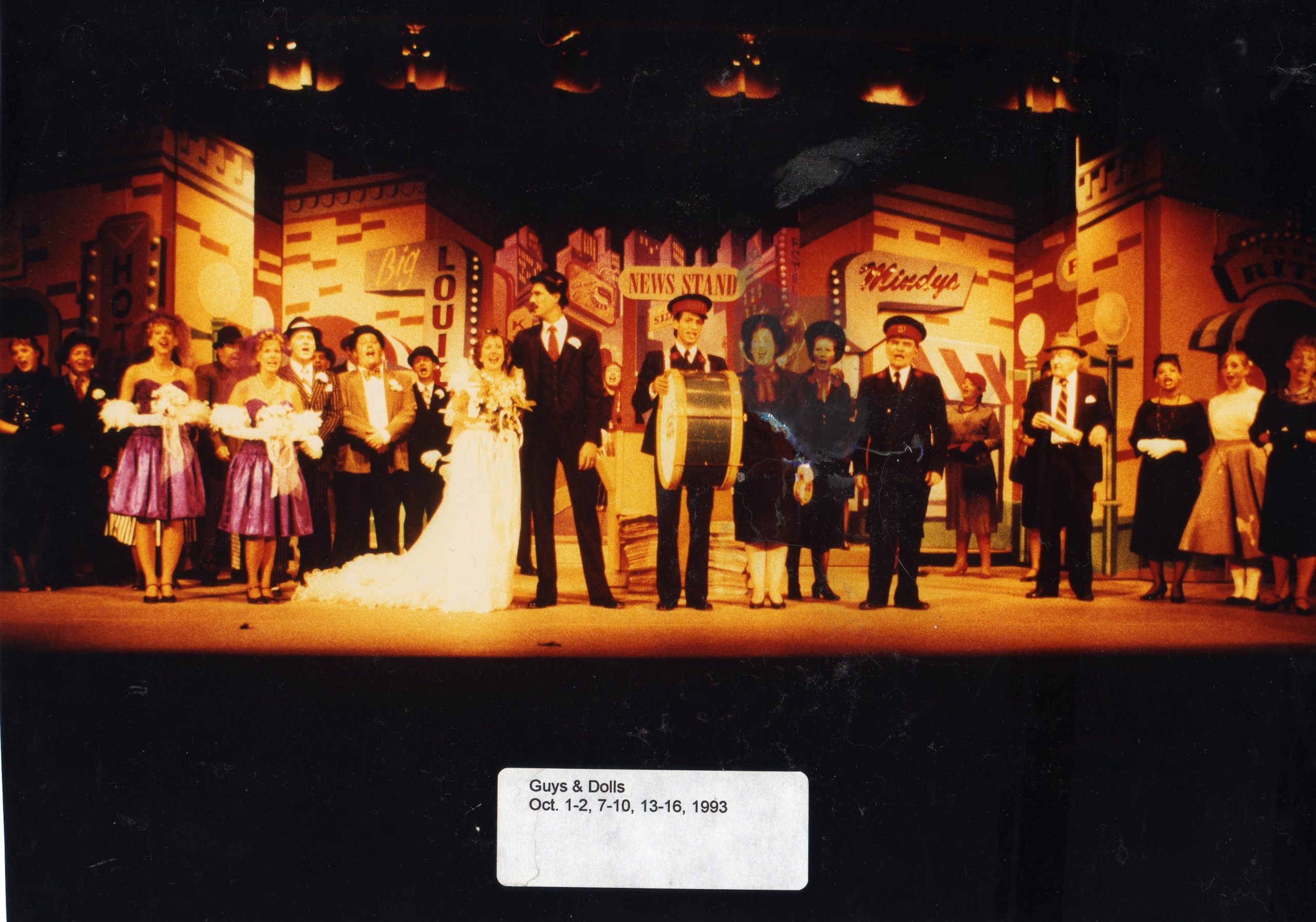 Desperate to find money to pay for his floating crap game, Nathan Detroit bets Sky Masterson a thousand dollars that Sky will not be able to take a local Salvation Army girl, Sarah Brown, to Cuba. While Sky eventually is able to convince Sarah to join him, Nathan battles with his fiancé of fourteen years, Adelaide. Meanwhile in Cuba, Sky ends up falling in love with Sarah and tries to reform his gambling ways. When he returns back to New York, he bets all the members of the floating crap game that if he wins his roll of the dice, they will all have to go to church and repent. If he loses, he will give them each a thousand dollars. He ends up winning and all the gamblers end up visiting the mission and repenting their sins.

Music and Lyrics by Frank Loesser, Book by Abe Burrows and Jo Swerling

The 1993-1994 season was themed “Five From America.” The season opened with a revival of “Guys and Dolls” including newcomers Dave Schick and Dan Virtue, Theresa Herring, Helen Cunningham, and Steve Trost. The scenic design by Gary Schwartz featured rotating rounded spinners and working faux neon lights to create the world of Damon Runyon. The set was an homage to the old style scenic painting of Broadway past. Highly praised for all areas of theater production, the show ran for ten performances and was an audience favorite.

During the run of “Guys and Dolls,” Eula O’Neill Brown passed away. Eula was a mainstay during the first four decades of Community Players. She was a past president, actor, director and board member.