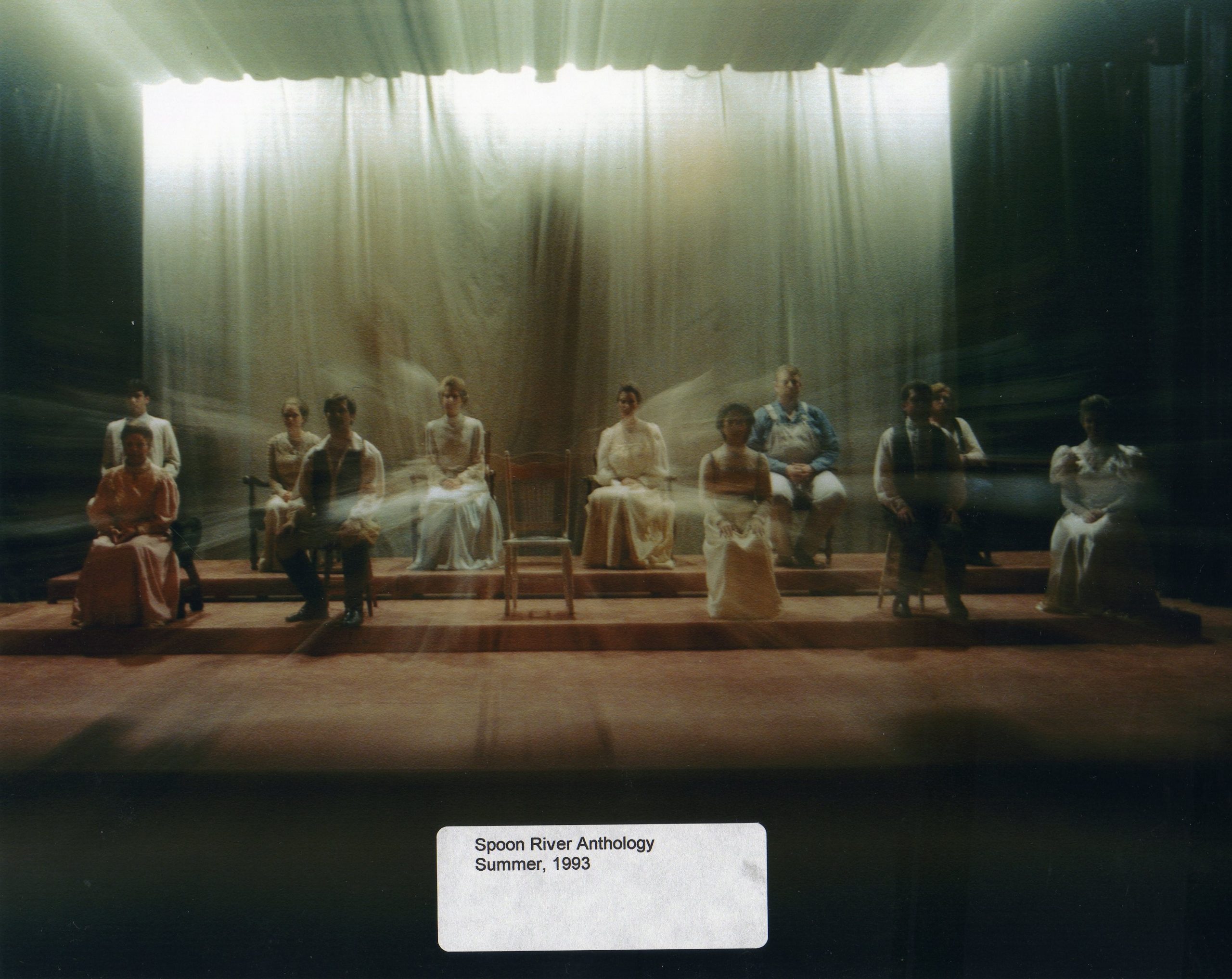 In a cemetery via musical interludes, we are introduced to the ghosts of those who were inhabitants of this town, and whose secrets have gone with them to the grave. There are 60-odd characterizations and vignettes in this constantly interesting entertainment, offering an amazingly varied array of roles and impersonations, from young lovers and preachers and teachers to the funny chronicle of the confused Jewish man who ends up in the wrong cemetery. Both the solid and humorous sides of life are portrayed, with fetching ballads and the free verse form of Edgar Lee Masters.

The summer at Players’ saw workshop programs for both children and adults. The adult program culminated in an August production of “Spoon River Anthology.” The book of poems by Edgar Lee Masters was conceived, adapted, and arranged by Charles Aidman. The production had a run of three performances.

That summer Players lost another member and friend. Greg Zorn, who had been very active in area theater including Community Players, until he moved to Oak Park, Illinois in 1988. Greg always made return visits to Players when he was in town. His last visit was during the “Ten Little Indians” production to see anyone and everyone. While at Players, Greg acted and worked on various crew and staff jobs for Players. Greg had been an active member from 1976 through to 1980’s.