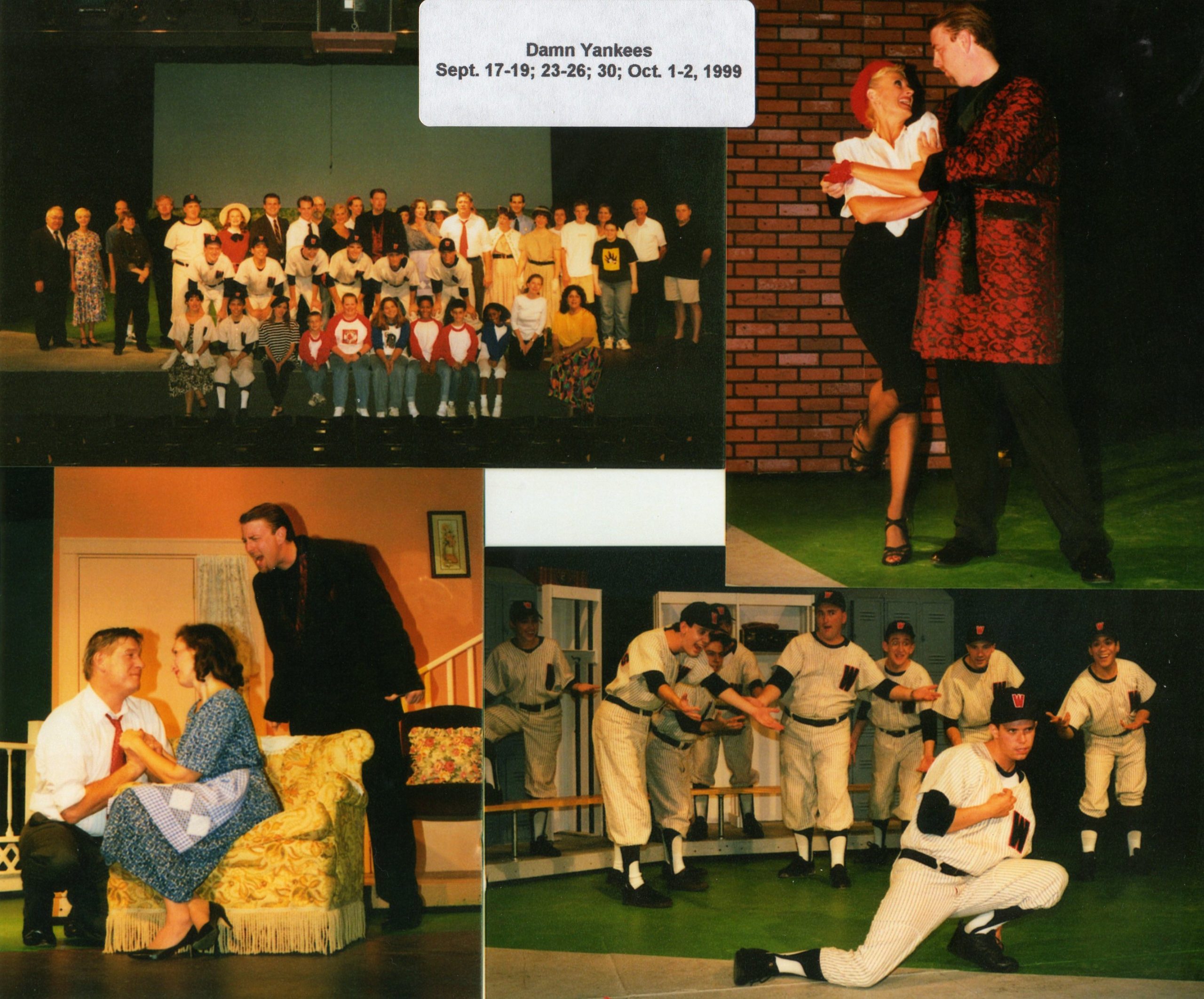 “Damn Yankees” tells the story of a middle-aged baseball fanatic Joe Boyd, who trades his soul to the Devil, also known as Mr. Applegate, for a chance to lead his favorite team to victory in the pennant race against the New York Yankees. As young baseball sensation Joe Hardy, he transforms the hapless Washington Senators into a winning team, only to realize the true worth of the life he’s left behind. Joe ultimately outsmarts Applegate, returns to his former self, and shepherds the Senators to the World Series.

Closing out the 20th Century, the Community Players’ 77th season was themed “A Century of Theatre.” Baseball was the lead-off show with a revival of the classic musical “Damn Yankees.” The show was first performed as the opening show of the 1967-1968 season for Players. The show was well-received and in one of the Pantagraph ads for the show was the tag line: “A Temptress, The Devil and Baseball-Now that’s Theatre.” In the program was a flyer to buy tickets for the upcoming “Theatre for Young People” production of “You’re A Good Man, Charlie Brown.” Also in the program was a flyer concerning the raffle that would be held on Saturday, October 2nd. The patron could take a chance on winning either the 1st prize of a Ryan Sandburg autographed baseball, or the second prize of Gary Gaetti autographed baseball. The tickets were $1.00 each, or 6 tickets for $5.00. The third flyer was a survey opportunity to give an opinion on musical or play choices to be considered for the next season.