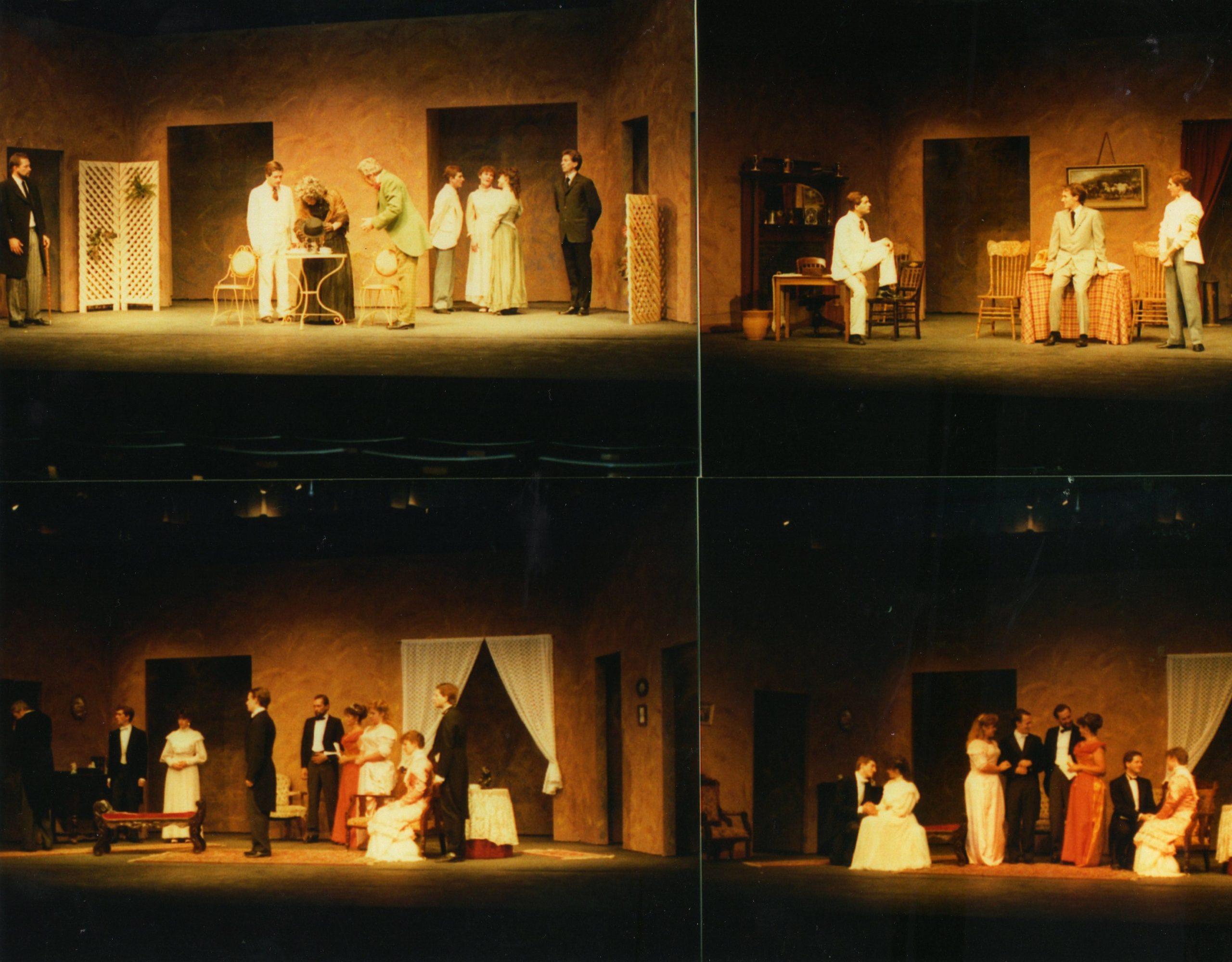 Jack Chesney loves Kitty Verdun and Charley loves Miss Amy Spettigue. They invite the ladies to meet Charley’s wealthy aunt from Brazil, “where the nuts come from.” Cancelling her visit at the last minute, the millionaire aunt sends the boys into cataclysmic confusion. What do they do now? The problem is solved by drafting their feckless Oxford undergrad pal into a black satin skirt, bloomers and wig. As “Charley’s Aunt,” this charming frump is introduced to the ladies, to Jack’s father, and to Stephen Spettigue, Amy’s guardian. When the real aunt turns up, classic comic confusion ensues as Fancourt Babberley, posing as “Charley’s Aunt,” tricks Spettigue into agreeing to the marriage of his ward, the real aunt marries Jack’s father, Jack gets Miss Verdun, and Fanny Babs regains the fortune he lost at gambling as well as the girl he loves.

The Community Players opened its 64th season, and their 25th season in the Robinhood Lane Theater with the classic comedy “Charley’s Aunt.” The Pantagraph did a photo article on the 25th season in the Robinhood Lane Theater highlighting the first show in the building “Death of a Salesman.” In the Entertainment Section of the Sunday Pantagraph, a color photograph and article appeared discussing the the opening show “Charley’s Aunt” and the rest of the season.

Included in the program was a survey for the audience to check off their favorite comedy, drama and musical as input for the play reading committee. The new President of the Board Suan Guess-Hanson, in her President’s Letter, thanked everyone who helped make the new seats a reality and noted that names plates were put on the backs of the seats for everyone who donated $100.00 for the “Buy-A-Seat” program. Donations were still being accepted. Special thanks went to Jack Aldridge for all of his hard work and coordination of the project.

In Wednesday’s Pantagraph, after the opening night, a special note of thanks went out to audience members, patrons, cast, crew, staff and board members. With the play finished, a terrible rain downpour occurred. Robinhood Lane, the street in front of the theater flooded. No one could get out. A patron fell ill and an emergency vehicle had to be called. The ill person was helped to the rescue vehicle. Soon the waters went down on Robinhood Lane allowing everyone to safely leave the building. The behaviors of everyone involved showed the great spirit of the people of McLean County Area. While the opening night was both terrible and wonderful, heartfelt thanks went out to everyone at the theater on that memorable opening night.